When I first heard this question asked in all seriousness by intelligent people, I was flabbergasted. But it is a common thread you’ll see running through the vegan discourse all over the internet. So once and for all, let’s answer the question, would animals overpopulate if everyone was vegan?

Would Animals Overpopulate If Everyone Was Vegan?

No. Animals would not overpopulate if everyone was vegan. Billions of animals are brought into existence solely through human intervention! Farmed animal population numbers are currently way out of balance with the natural equilibrium which existed before the onslaught of meat and dairy farming. If we all moved towards veganism, there would be a slow re-balancing over time.

Let’s look a little closer at the issues …

If you’ve been in and around vegan communities online for any length of time I can almost guarantee you’ve seen this argument made to counter the inexorable rise of our compassionate lifestyle.

Meat eaters genuinely think they’ve got us banged to rights with this one. But I’ve heard it all before. They smugly proclaim this is how to make a vegan shut up once and for all … and god knows they want to shut us up!

In reality, this approach falls apart like a cheap suit when examined in even the smallest detail. To me, it is obviously an utterly bogus position to adopt but to many, many others it is an argument which has real weight.

What isn’t taken into account is the undeniable fact that modern animal agriculture is about as far removed from the natural ecosystems of our beautiful planet as it could be,

If you’re across the facts and honest with yourself, you can only conclude it is a completely unnatural state of affairs.

Why Are There So Many Farm Animals To Begin With? 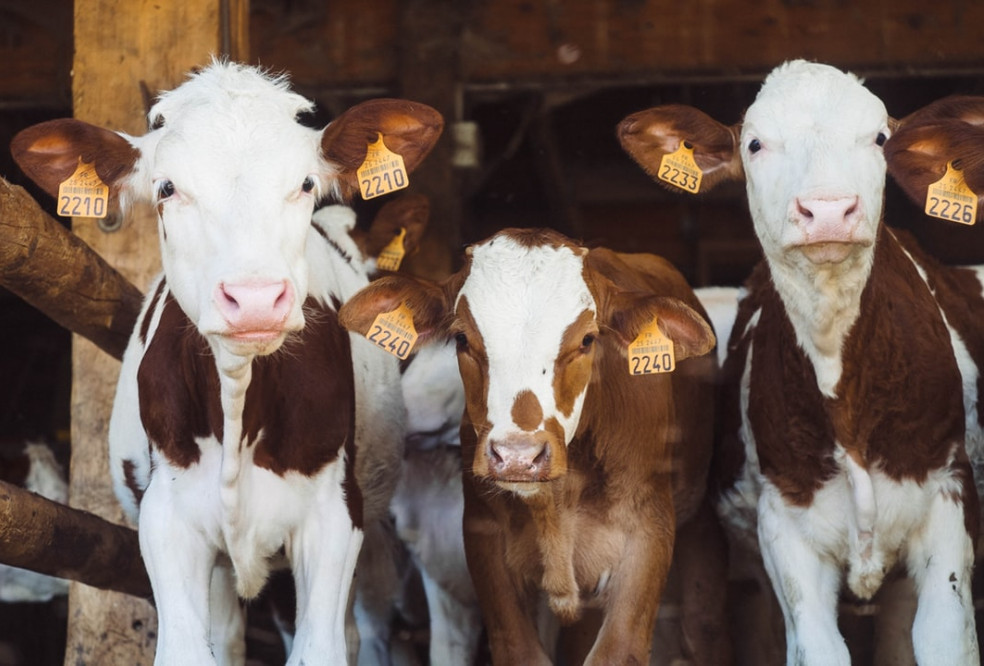 The last time I checked, humans were responsible for the killing of more than 77 billion land animals every year. It’s probably more now.

Can you even imagine that number of individual, sentient beings with feelings, family, friends and a strong desire to live? When you actually stop and think about this madness it’s very difficult to get your head around the whole thing.

The reason these numbers are so big is solely due to the demand we have created for cheap meat and dairy products. Over the last half a century, the population of the planet has doubled but our meat consumption has increased three-fold! [1]

Farmed animal numbers have responded accordingly. If there’s one thing you can be sure of when it comes to the human race, where there’s a profit to be made we’ll bloody well make it. Regardless of the damage it may do to our environment or the abject horror experienced by the majority of animals caught up in this murderous business.

Morals don’t come into it.

It Would Have To Be a Slow Transition 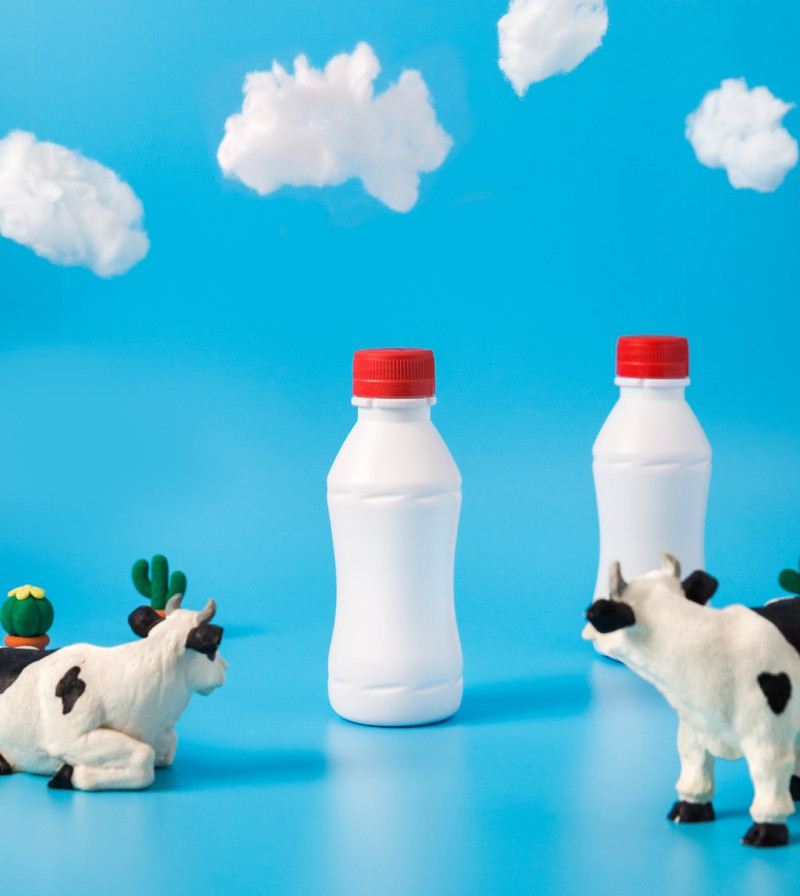 We’ve willingly got ourselves into this unholy mess and now we need to start reversing the situation. But the desire to consume all that lovely milk, cheese and meat every day is a very tough habit to break.

Many people simply do not want to face up to the reality of the meat and dairy industries.

For me, this is where the argument just gets a bit silly.

… and this is why I find it hard to believe intelligent people can even bring it up.

Proponents seem to think vegans want to eliminate animal ag overnight and have billions of cows, pigs and chickens wandering around enjoying their new found freedom.

If those people stopped to think about this for even a brief nanosecond, surely they’d realise just how nonsensical the stance actually is?

No-one is suggesting we free all the farmed animals one day and leave them to it. This would be a pretty stupid thing to do. But any common sense seems to go straight out of the window when these discussions come up.

The truth is, it will be a very slow transition from excessive meat consumption to a world where we focus more on plant-based living.

Much as I would love to see the whole world go vegan, I’m a realist and I know we’re unlikely to ever eliminate meat consumption completely, in my lifetime!

Maybe there is some far-flung parallel universe where the aliens have visited and made it very clear to us that we’re behaving in an utterly irresponsible manner, abusing this fragile planet we find ourselves existing on.

Maybe that’s what it will take before we wake up to our folly … (oh sorry, I forgot … being woke is supposed to be a bad thing now).

I’m fairly sure, however, that we’ll need to wake up well before the little green men make an appearance! 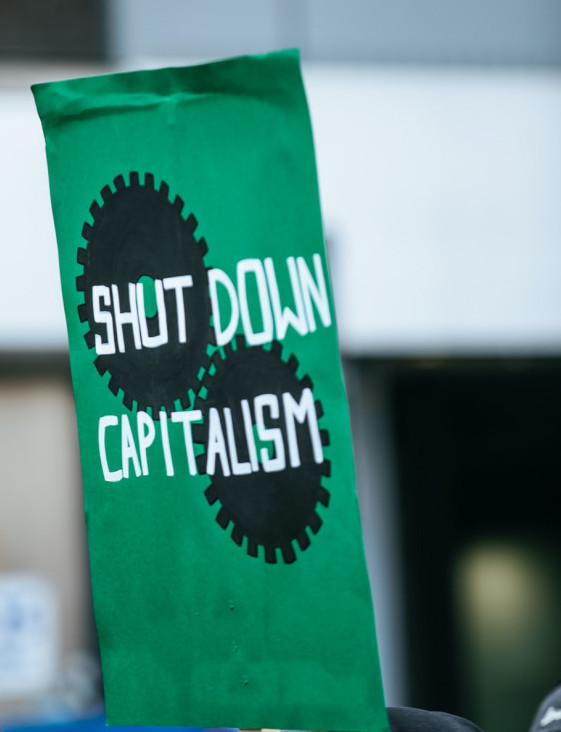 Whatever you think of the capitalist systems which rule our lives, there’s unlikely to be a workable replacement any time soon.

Blockchains could be an exciting answer but …

So until we drastically reduce the demand for lumps of dead animal on our dinner plate and glasses of calf-rearing fluid– on the breakfast table, the animals’ nightmares will continue.

It certainly won’t happen overnight. It is a slow process of re-educating ourselves on how to live a less impactful life. Vegans have already made the connection and are actively engaged– in the process.

Unfortunately, in the grand scheme of things, we are very small in number. Meat and dairy consumption– has grown at a faster rate globally than the uptake of veganism … and by a considerable margin.

But the more people who make the connection, the more the demand for animal products is affected. Sometimes it really does feel like we’re fighting a losing battle but we have to stay strong and true to our cause.

What’s the alternative? Go back to eating meat?

I don’t think so! 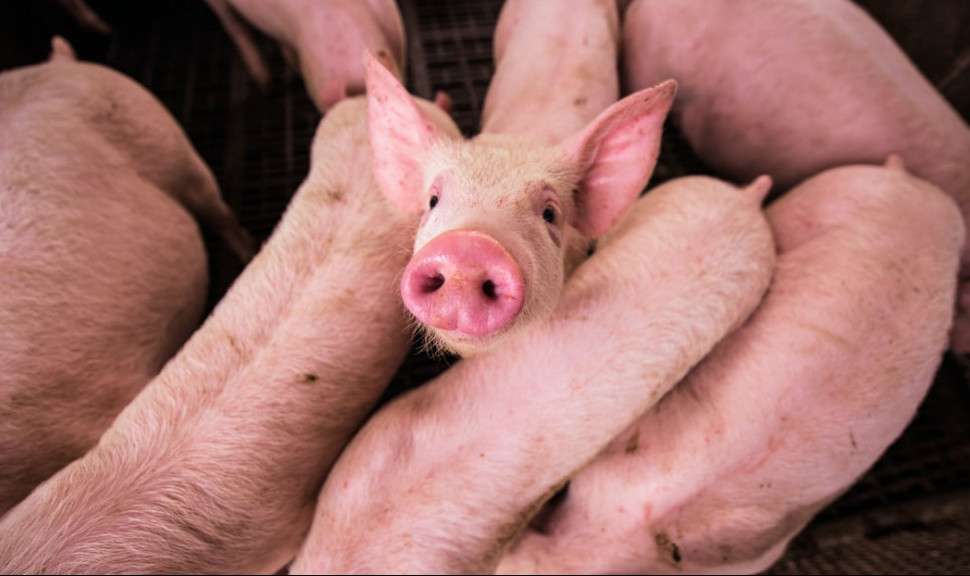 The irony in this question often overlooked is we have reached a point in evolution where, on the face of it, our agricultural systems have become so efficient, we’re able to rear tens of billions of animals for food every year.

Do you think this is a natural situation? Might it be true that we’ve successfully overpopulated the world with animals already?

… and I haven’t even mentioned the fish!

Those billions of poor fated creatures would not have achieved such astronomical numbers had humans not intervened with their profit-driven madness. That’s the irony.

So my argument is the exact opposite to the question posed in this piece. If we ever get to a place where most of us are vegan, I believe natural animal populations would reach an equilibrium … just as was the case before we started meddling in the whole thing!

While some would argue we’re regressing as a species, I like to try and remain positive. I have faith the people of this world will wake up before it’s too late and make the changes we need to ride out the current problems we face.

Let’s be honest with ourselves, we have some pretty big challenges ahead.

Deciding to go vegan is one really simple thing you can do to effect that change.

So what’s stopping you?

I hope you enjoyed this article and it has helped you form a more balanced view of the issues surrounding this question. If you think someone you know would benefit from reading this then please share. If you’d like to make a comment, you’re welcome to do so below.