It’s a very commonly held perception among non-vegans. There are even jokes about it. Not very funny ones, admittedly. It’s probably up there with the belief that vegans are low in protein! So today, we’re attempting to answer the question, why do vegans always talk about it?

Why Do Vegans Always Talk About It?

It’s because most vegans feel so passionate about the cause and they can’t understand why everyone doesn’t see what they see. When the veil is lifted from the eyes, many vegans decide they have to become activists and that is why they always talk about it. 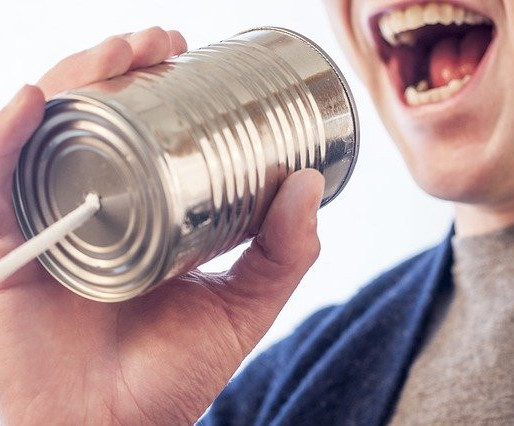 I was vegetarian for 20 years or so before taking the final step into veganism. That was nearly 7 years ago. During those 20 years I knew very few vegans and those that I did know were not quick to come forward about it in general conversation with others.

So I’m not sure where these urban myths come from but for some reason, people do think vegans only ever talk about veganism. As all vegans will know, the joke goes: “How do you know if someone is vegan?” … “Don’t worry, they’ll tell you!”

I did warn you it’s not very funny but it does speak to this wider idea of all vegans being so consumed by their beliefs, that’s all they can talk about.

Well, guess what? We vegans have opinions about lots of other issues as well. Just the same as non-vegans do. If I had to generalise, I’d say vegans tend to be more left-wing and have more socialist leanings.

We’re maybe a bit more anti-establishment than the average Joe & Jane but that kind of goes with the territory. Veganism is a bit of a one finger up to the established norms, after all.

Related: Why Are Vegans So Extreme?

Those Who Shout The Loudest Are Heard 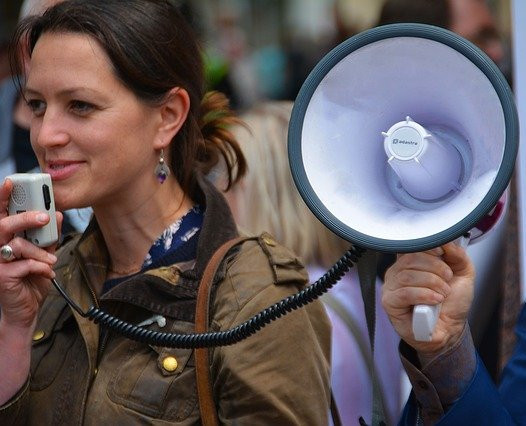 In our brave new social media world it’s very difficult to rise above the noise and identify the facts. Sometimes utter nonsense gains huge exposure and worse still, nonsense is now manufactured on an industrial scale to punt dangerous ideas.

If you can disseminate lies in greater volume than your enemies, you can control the discussion and forward your agenda. Just look at the Cambridge Analytica scandal and how they used social media to influence millions.

But I’m going off point a bit. What I’m trying to say is, in the vegan world, it’s exactly the same. The loudest voices are the ones you hear but may not be the most representative of the movement.

… and some of these ‘representatives’ can be a bit obnoxious!

Which is a shame because those loud voices control the narrative and are one of the primary routes through which non-vegans gain exposure to veganism.

Don’t get me wrong. I’m all for activism and shouting as loud as we can to stop the awful abuse of our fellow earthlings but we do need to find a way to modify the way we are perceived by non-vegans … difficult one; I know.

Because the general perception is that vegans only ever talk about veganism. Which is clearly not true.

People need to find a way to justify their behaviour. Especially if that behaviour involves doing something which is morally questionable. Like eating meat. 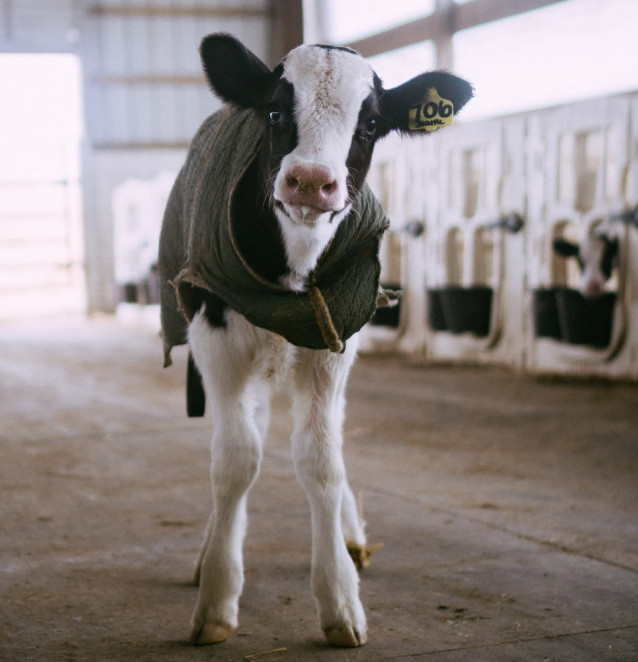 The great thing about social media is the truth has now been seen. Previously, what happened behind the slaughterhouse walls was kept very private. Now we can see the suffering and abject horror experienced by these animals that we think ‘taste good’.

Dairy is a bit more subtle because it’s not immediately obvious to the uninitiated what actually has to take place on a dairy farm so that you can drink that hormone laden baby calf fluid.

But with brave animal rights activists armed with cameras and drones, the true picture is now laid bare for all to see. So how do you process that information?

Well, if you have a shred of empathy in your soul, you can’t process it.

… and that’s where the cognitive dissonance kicks in.

You know it’s wrong to demand that cruelty filled product but you love the taste and you’re not ready to quit. Even though you agree the cruelty should not happen, you’re able to validate both realities in your mind simultaneously.

To bolster the cognitive dissonance, myths like the subject of this article are clinged to and amplified in a desperate attempt to make vegans look a bit silly and belittle our cause.

The meat and dairy industries pick up on this folklore. Urban myths which often just start out as a passing comment on Reddit or wherever. Clever marketing types blow it up out of all proportion, it goes viral and the rest is history.

Now everyone thinks it’s best to avoid a conversation with a vegan because that’s all they’ll bang on about. Well guess what? Veganism is just a part of our lives. It’s a large part, sure, but we do have other opinions and concerns, believe it or not!

Vegans: We Must Lead By Example 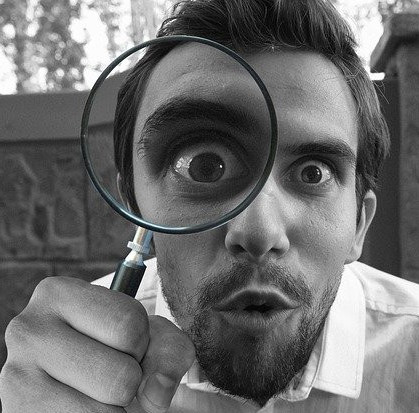 Y’know, sometimes silence is more powerful than shouting. If you don’t say anything about your chosen lifestyle to your work colleagues, for example, they seem to have this uncanny way of finding out anyway.

This is what I found in the last couple of places I worked.

Maybe it’s an unrelated conversation in the canteen and they notice you have no meat in your sandwiches or that you never order anything with meat in it. The really observant might realise you never drink cow’s milk.

They put two and two together and before you know it, the whole company knows you’re one of those ‘bloody vegans’ … and by Jove, does the reputation precede you!

One time when I was quite new to the company, we enjoyed a visit from the Northern Europe head of Pointlessness and I was introduced as Rohan, the vegan. This disagreeable woman took an immediate defensive stance with me and was openly rude in front of the whole room.

I’ve always been a bit non-confrontational throughout my life and I just laughed it off. That got her even more riled up and the episode culminated in her giving me a good dig in the back as she walked past, muttering something like ‘stupid vegan’.

I was quite shocked but realised that we don’t even really need to say anything to these people in order to challenge their world view. Simply the knowledge that I’m vegan was enough to trigger this bigot … and everyone in the room witnessed her reaction.

Guess who came away looking like the better person?

Spreading The Word Is Not a Requirement! 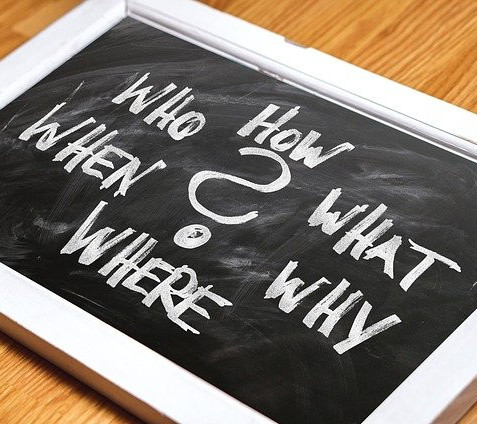 Some vegans do always talk about it and some don’t. It’s entirely your choice how vocal you want to be. If you don’t want to shout it from the rooftops, that’s fine because we have amazing people like Joey Carbstrong who will 🙂

My chosen tool is this blog. I love writing and I love being able to use my knowledge of the search engines to find people who are looking for specific information. Hence the title of this post.

I find those looking for the answers and I provide them with my unique take on the subject. Hopefully making them think a little and maybe even convincing them to take the compassionate road towards veganism.

The power of the written word.

One thing is for sure … we’re all going to have to drastically reduce our meat consumption if we’re to avoid the worst ravages of climate change. No two ways about it.

Not to mention the horrendous suffering an animal had to endure just because of ‘the taste’.

How To Avoid The Killing Of 80 Billion Souls 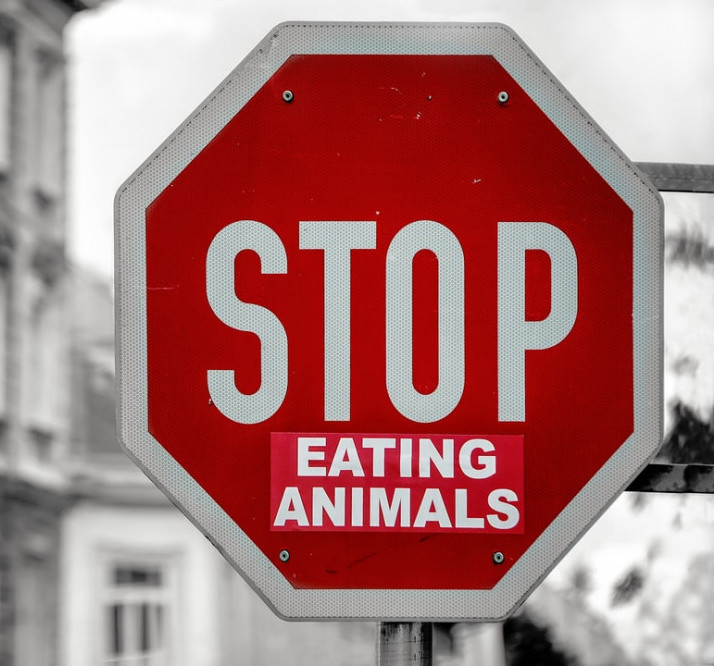 As the human race wakes up to the madness we’ve created, veganism is rapidly gaining momentum. Many are realising it’s a really easy thing we can do to make a stand against the established food systems which consign billions of sentient beings to a life of abject horror.

If you need proof, just check your socials. Pop the hashtag #GoVegan into twitter and it won’t be long before you find a disturbing graphic video or image exposing what your consumer choice is responsible for.

Maybe you’re ok with the systematic abuse of farmed animals. Maybe you think it’s the natural order of things. Well there’s nothing natural about slaughtering 80 billion land animals every year.

Just stop for a brief moment and think about that.

And when it comes to the fish, the numbers are incalculable.

So I urge you to question your accepted norms and seek the truth about where your food comes from. A word of caution though, you may not like what you discover.

But there is a solution and that is to go vegan. You don’t have to tell every Tom, Dick and Harry about it. You can just do it for yourself. It’ll make you feel better about your place in this world, I promise.

I hope this article has helped you to find the answer to the question of why vegans always talk about it. If you enjoyed then please share with your friends and leave me a comment below!