There is a genuine perception and pre-conceived view that veganism is an extreme stance. Many believe the space is populated by overly-vocal, anti-omnivores whose primary goal is to insult and ridicule others who haven’t ‘seen the light’.

This leads people to ask questions such as ‘why are vegans so extreme?’. They believe all vegans are extremists because they’ve read all sorts of nonsense online. Some of it penned by vegans, some of it pedalled by disingenuous bad actors.

Let’s have a look where these opinions come from …

Why Are Vegans So Extreme?

Vegans are so extreme because we’ve all grown up thinking the status quo is normal. Anything which diverges from this norm is perceived as a bit alternative or ‘left-field’. Rejecting meat and dairy is a divergence too far for many and is therefore seen as extreme. 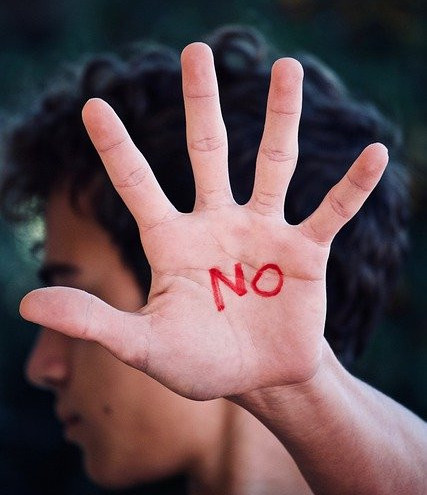 During the course of researching this article I came across many opinions about veganism; most of them negative if I’m honest! I guess it comes with the subject matter.

First up, let me get this out there: we vegans do not consider ourselves to be extreme. We think it’s more extreme to support the unspeakable cruelty dished out to the animals reared in disgusting conditions on factory farms.

Granted, not all farms are like this. They don’t all raise their livestock in a state of abject horror most of the time. I don’t want to get graphic here but just know the reality on a modern dairy farm is not how the milk bottle label depicts.

Yet … to reject this cruelty, as vegans do, is seen as extreme by those who have not, or will not, acknowledge the grim reality which is in plain sight. If you want to find it.

I would argue it’s more extreme to demand the cheap meat products which drive the market and allow unscrupulous individuals to cash in heavily while the unlucky animals are systematically abused and forgotten.

Every single one, a sentient being with a family. A life that wanted to live!

Why Do People Think Veganism Is Extreme? 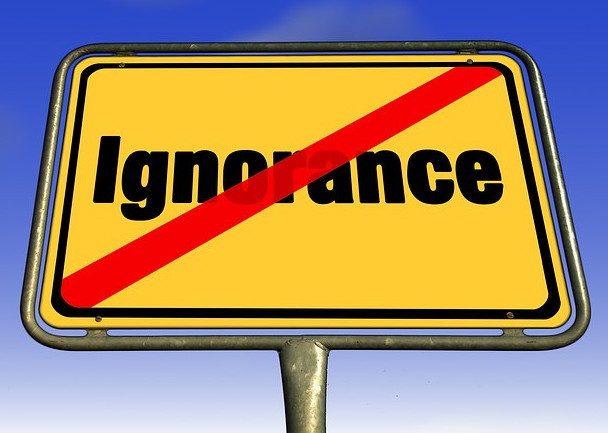 The vegan way of life is generally seen as misguided, unnecessary and even extreme. Those who don’t understand the philosophy inherently reject it thinking we’re all unhinged lunatics who’ve completely lost touch with reality.

There are many strands feeding into this narrative.

One of these strands is cultivated from a very young age. We all grow up surrounded by the imagery: happy dairy cows in green fields chewing the cud. Little lambs gamboling in the pasture. Pigs free to roam across the farm, wallowing in mud and playing with the other animals.

An idyllic picture is painted and our kids grow up thinking farmed animals have a wonderful life. We’re told milk and meat is needed in our diet otherwise we’ll get sick. All these messages are reinforced as we grow up.

By the time we reach adulthood, the con is complete.

Even if we have been exposed to the truth of modern agricultural practice, the cognitive dissonance kicks in and we still reject the evidence of our own eyes and ears.

This is how powerful the mental programming is.

So this is one reason why people think vegans are extreme. Our choices are perceived to be so far removed from what has been injected into the subconscious of the general public. The only reaction which seems appropriate is to utterly reject veganism as extreme.

What most fail to realise is the boot is on the other foot.

Surely, if you look at things rationally, the slaughter of 80 billion land animals a year to feed the insatiable demand for cheap meat is what is actually extreme.

How can the decision to eat only plants be more extreme than that?

Is There Room For An Alternative Kind of Veganism? 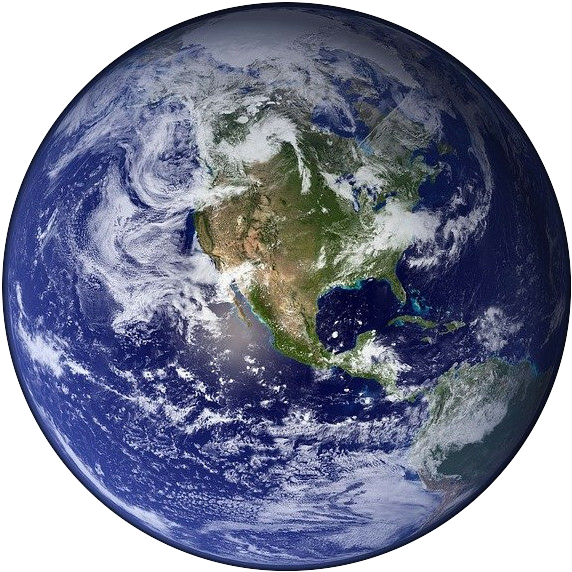 I can agree on one thing … some of the footage posted by animal rights activists on social media is extreme.

Yes, extreme and yes, the truth!

Most of the videos and images posted are extremely upsetting and I can see how this kind of content might turn people off when looking into veganism.

I had an interesting exchange with someone on Twitter the other week about this. They were arguing that we need a different kind of veganism. One which acknowledges the cruelty and suffering of the animals but avoids disseminating the graphic, violent content.

I can see where they’re coming from.

The straw that broke the donkey’s back for me was when my wife showed me some of the horrors of the dairy farm. Footage taken by brave animal rights activists who get inside the farms and slaughterhouses to bring the truth to the world.

These people are real heroes, in my book. 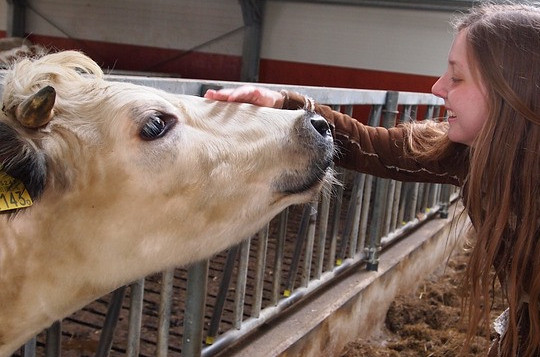 I was already vegetarian. Had been for 20 years. But it only took that one video to convince me I had to go the extra mile. I decided there and then, not to fund this abject cruelty by consuming dairy and creating the demand.

But do we need to see these images and videos all the time? I’m not sure we do.

This is how the conversation went on Twitter. Many people know the reality but cannot handle the daily onslaught of graphic imagery. This is totally understandable.

You could say, “well just don’t follow the people who post that stuff” … but many vegans want to be a part of the community without being exposed to those awful scenes we see on social media.

So maybe there is room for a different kind of veganism. One where you fully accept and acknowledge the horrific reality of the agri-industry but refrain from spreading the graphic content.

Many vegans won’t accept this and will think others are weak to make such a spineless suggestion. I, on the other hand, like to entertain ideas such as this because there will be many who feel the same way and are disenfranchised by the ‘extreme’ vegans! 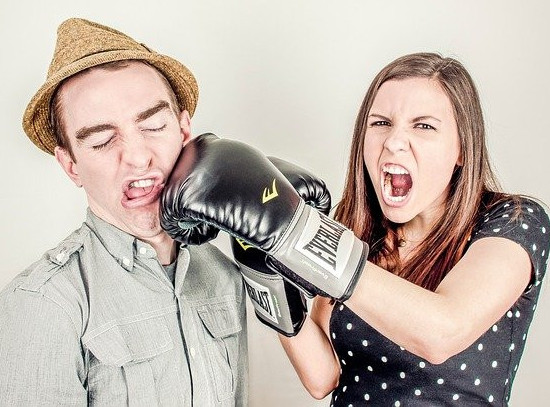 This brings me on to another common aspect of veganism. The infighting.

In many social media circles you will find vegans who are so angry at everything, they’re unable to see things rationally. They refuse to accept there are other vegans who maybe don’t see it in quite the same way as they do.

The result is an ugly attack on anyone who doesn’t tow their line.

It’s the kind of sentiment which leads to the “you’re either with us or against us” viewpoint … the kind of attitude which far right (and left) organisations cultivate to forward their cause.

In my mind this does nothing to progress veganism and grow our number. Not everyone has crystal clear cut views on the subject and especially those who are looking to transition over to this compassionate lifestyle.

Maybe some are sitting on the fence. They’re almost there and then they come across one of these ugly exchanges on Twitter or wherever and it turns them off. Why would you want to get involved in a community which fights so viciously within itself?

We need to appear welcoming and open to all who express an interest in veganism. Not display petty, irrational arguments about the minutiae of some facet of veganism.

This is exactly the reason (or one of them) why vegans are seen as extreme! We can’t even agree amongst ourselves sometimes! 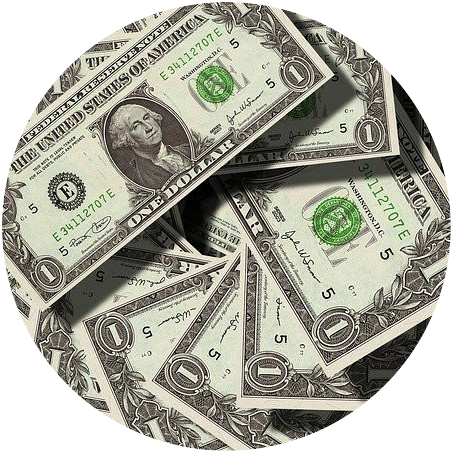 One thing all vegans can agree on is the meat (and milk) barons are in the business of making money. It all comes down to the bottom line.

They can talk about ‘humane slaughter’ which we all know is a bit of a misnomer and animal welfare but all this comes secondary to the profit margin.

Because money drives the machine, the animals generally suffer unimaginable cruelty and live short lives before they’re cut down in their prime.

It’s almost impossible to imagine how this is even physically accomplished, let alone morally justified. Yet it’s vegans who are labelled extreme!

I’d love to know what you think so please leave your comments below and if you like this article please share with your friends.