Vegans tend to have a really bad rep. You’ll see all sorts of vile vegan hate all over the internet. People cannot understand why vegans so passionately believe in their cause and are compelled to spread the word. But why are vegans so intolerant? Why can’t we live and let live?

Why Are Vegans So Intolerant?

It’s because non-vegans are seen as perpetuating the cruelty inflicted on animals by the meat and dairy industries. Vegans believe in the cause so strongly, it’s akin to religion. This is why we cannot tolerate a way of life that condemns animals to unnaturally short, miserable lives. 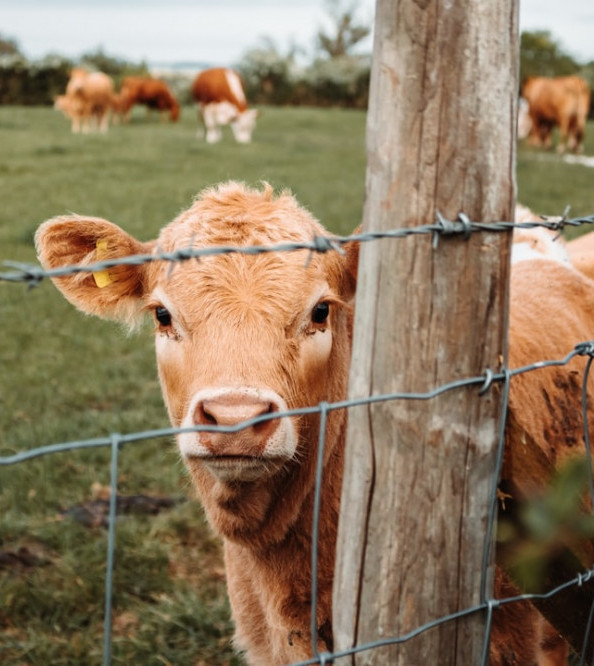 Veganism is generally characterised by a strong belief that all other living beings on our planet have the same right to live out their natural lives as we humans do.

Just pause for a second and try to imagine that number of sentient creatures. It doesn’t even seem physically possible to kill that many animals. But kill them we do.

The reality is very grim.

When you actually witness the slaughter and you are capable of feeling even a shred of empathy, a rage of unbridled anger builds inside you … it did for me anyway.

When I first saw the vicious cruelty perpetrated on these innocent creatures my illusions were well and truly shattered.

How could a human being be so utterly devoid of compassion to actually appear to enjoy the process of killing another sentient creature?

I don’t want to get too graphic but in one video, I witnessed a man with a large and very sharp knife in his hand, kicking and mocking the pig he was about to kill before proceeding to slice off the poor creature’s nose while it was standing in front of him! 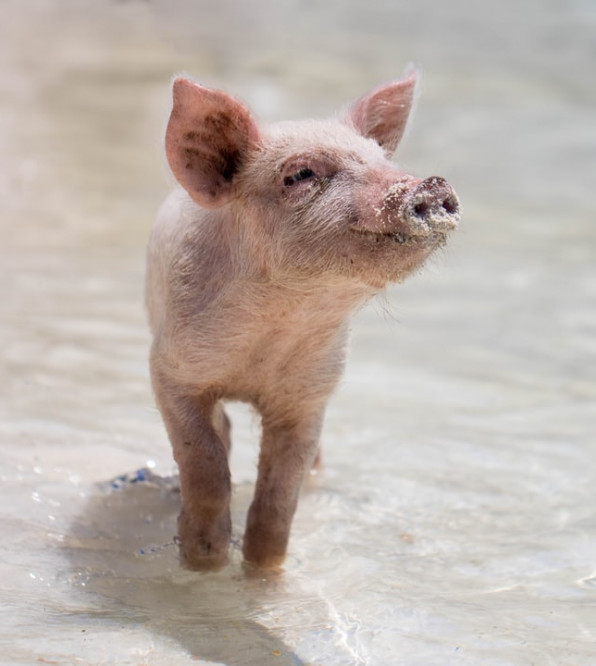 Just writing those words down makes me feel a shiver down my spine. That sub-human seemed to revel in the barbarism … that is why I’m vegan. The truth is absolutely abhorrent.

… and I grew up on a farm where we did take our pigs to slaughter! So I knew it happened.

I didn’t know the reality.

But we were small-time. Basically just subsistence farming to feed ourselves. Our animals had space to roam. A decent existence … until we killed them in the prime of their lives!

How betrayed they must’ve felt in those last moments.

There’s the empathy kicking in again 🙂

Many have likened veganism to religion. It is that powerful a belief.

We all know how devoted one can be to a religion. Vegans are similarly devoted.

So you can now maybe begin to understand the depth of feeling a vegan experiences and this goes a long way to explaining why many are so intolerant.

The Intolerance Is Borne From Utter Exasperation

It seems perfectly clear-cut to vegans. The link between consuming meat or dairy and the immense suffering we inflict on these beautiful creatures cannot be challenged.

It is simply the truth. 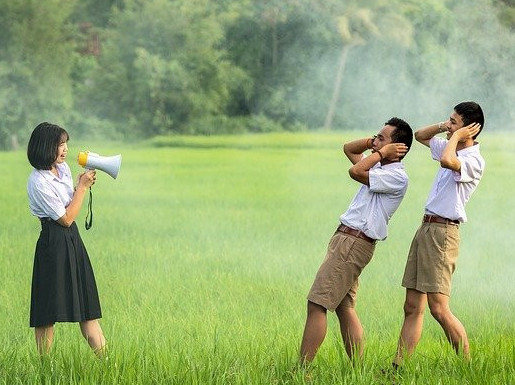 Many of the more vocal among us feel it’s necessary to actively try and persuade others to switch to veganism.

Some vegans are very vocal and while I’m obviously sympathetic to the cause, sometimes outright attack is not the best tactic. It tends to turn people even more the other way.

Many vegans feel pure hate towards meat eaters because they consider their lifestyle to be directly responsible for the genocide of billions of non-human, sentient creatures.

Oh, and if you’re of the view that animals cannot be victims of genocide, think again…

The actual survivors of recent genocides, when witnessing what goes on in a slaughterhouse, almost always liken the industrial massacre of animals to the horrors they endured, immediately bringing those painful memories to the fore [2].

This is why vegans care. We have no other option, if we are to be true to our conscience.

It seems like a massive uphill struggle and we’re just in the foothills of the human race’s evolution to a meat-free world.

I do believe it is an evolution of the species.

The huge brick wall in front of us seems insurmountable and this can lead to feelings of pure exasperation for many who are trying to do the right thing.

The exasperation leads to resentment and this is where the intolerance comes from.

… and I totally get it. I feel the fires of anger rising in me when I see some lame-ass comment from a meat eater on Twitter who has obviously not taken the time to fact-check the durge being spouted.

Some of the arguments against veganism are simply laughable.

I think most intelligent omnivores know deep down they do not have a leg to stand on when it comes to arguing with a well-informed vegan. As for the pure carnivores, they’re just a lost cause.

Natural selection will do it’s work!

It’s a Very Raw Emotion For Most Vegans

Many vegans cannot understand why, when you know the truth of what happens behind the walls of the slaughterhouse, you could do anything other than go vegan yourself.

Once you’ve seen it … you cannot un-see. 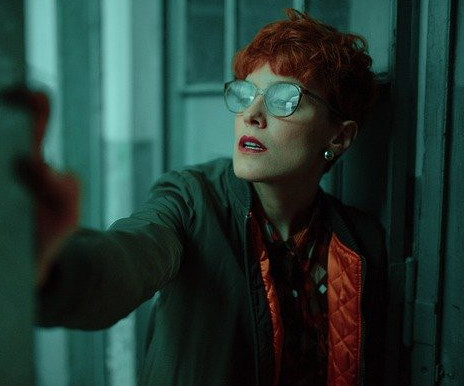 It is often said, “if slaughterhouses had glass walls, the whole world would be vegan”.

I don’t actually agree with this because I’ve seen humans appearing to enjoy killing a living, breathing being. So I still think there would still be those who just don’t care.

A very good example is the annual ‘Grindadráp’ in the Faroe Islands. I’m writing this article not long after the 2021 massacre where a pod of nearly 1500 white sided dolphins were herded into shore and brutally murdered.

The participants seem to revel in this bloodthirsty occasion. They cite tradition as the reason and even as I run through the final proof read of this article I hear of another 52 dolphins slaughtered in the Faroes!

… I’m not sure we’ll ever get through to people like this.

People who’ve been so completely conditioned throughout their lives to believe we have the god-given right to take the lives of the amazing creatures we share our fragile planet with.

77 billion lives taken every year … that’s the number 77 with nine zeros after it!

… and that is just the land animals.

This is why vegans are so intolerant. If you buy the meat and drink the milk, you are responsible for the genocide. This is how vegans see it.

We only kill all these animals because there is the demand. Therefore if you create the demand by including meat and dairy in your weekly shop, you are culpable.

There’s no escaping this fact.

Real vegans will fight to their dying day to defend the defenceless and this is why the emotion is so raw. It’s why we cannot tolerate a way of life which perpetuates such a gruesome trade.

It’s been a difficult road to travel so far for the vegan movement but things are changing, albeit slowly! More and more people are rejecting the lies of the meat and dairy industries. 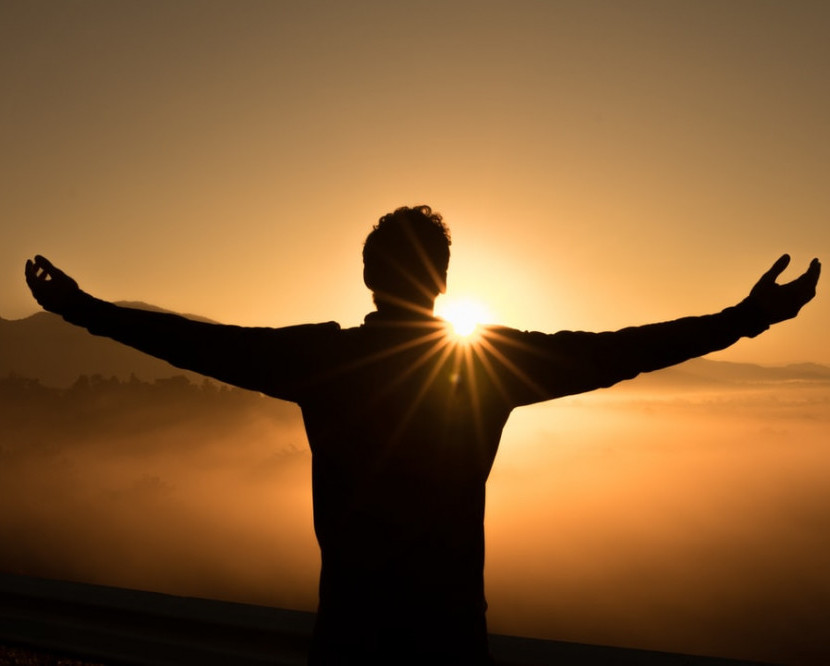 With the rise of the internet and social media, it’s easier than ever to spread the word.

We can now disseminate images and videos of what really goes on in the abattoirs. Previously, this information was well guarded but now it’s out in the open for all to see.

I think it’s the sheer numbers that get me. How have we arrived at a place in our evolution where, every year, we consider it acceptable to abuse and kill tens of billions of voiceless creatures?

… how can anyone in their right mind justify this genocide?

Multiply the human population of our planet by ten and this is the number of land animals the ‘apex predator’ is now responsible for slaughtering every single year.

Ten beautiful creatures that wanted to live, killed for every one of us walking this Earth, year after year!

It’s difficult to convey the enormity of the situation.

It’s why so many more of us are switching to a vegan way of life. It’s the one thing we can do every day to make a difference.

It’s why vegans are so intolerant! Surely this is obvious to all but the most blinkered? 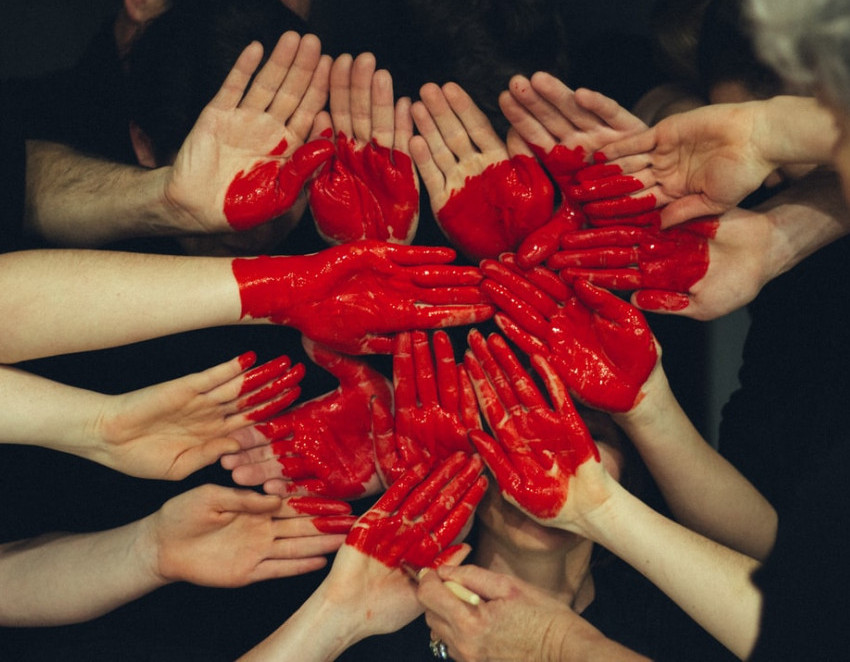 It’s curious how a lifestyle dedicated to empathy and compassion towards all other living beings can invoke such strong feelings of hate in others.

Why are meat eaters angered by those of us who believe in nonviolence and kindness?

The intolerance of vegans is probably part of the reason but I think it’s mostly the inability to process the results of the cognitive dissonance which must be engaged in to allow the acceptance of a trade more barbaric than we can imagine!

The intolerance will continue because we cannot accept this status quo.

Hopefully this article has gone some way to explain why vegans feel the way we do. My goal is not to alienate but to educate.

If you have enjoyed this read please share far and wide. The more who read, the more who may be able to understand a little more.

I’d love to know what you think so please leave your comments below. I’ll do my best to respond in a timely manner.