Many people struggle with the reasons behind vegans refraining from drinking milk, eating cheese, yogurt etc. Surely milk is a natural product we humans are supposed to consume? Well, the truth may shock you. So why are vegans against milk? Here’s why …

Why Are Vegans Against Milk?

Vegans are against milk because of the inherent cruelty which has to exist in the dairy industry. There is no getting away from it and many animal rights groups have exposed the grim reality on dairy farms. There’s a reason oat milk is now so popular.

Trigger Warning: There is some very graphic footage in this video from Erin Janus which some people will definitely find upsetting. The truth hurts: it’s why vegans reject milk …

(The footage above is mainly from US dairy farms)

I grew up on a small family farm for most of my childhood. We lived in the middle of nowhere, surrounded by nature. It was idyllic and I absolutely loved it.

At the height of our agricultural exploits we looked after 4 cows, a few pigs, a goat or two, maybe twenty chickens and a horse at one point!

Our animals lived as good a life as any farm animal could hope for and they were happy, as far as I remember! We had fresh, raw milk on a daily basis and yes, there was always plenty for the calves too.

We became very attached to our animals and I learned from an early age, these creatures displayed emotional characteristics similar to their human overseers.

They feel happiness and sadness. Pain and discomfort. Cows, like many animals, have complex social structures and they look out for each other … just like humans.

Do Cows Need To Be Pregnant To Produce Milk? 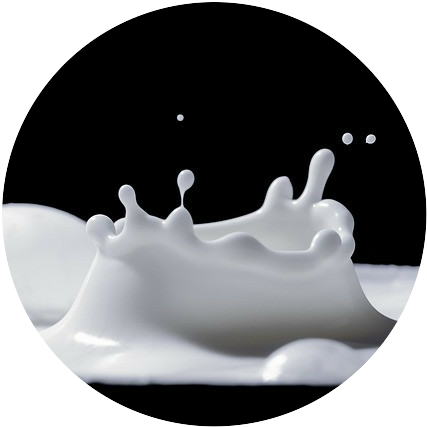 At my young and tender age I was not aware of the process involved in getting that rich, creamy milk into our morning glass.

I didn’t realise that before the cow can provide her white gold to the world, she needs to go through 9 months of pregnancy … just like a human mum.

Again, just like humans, the first milk fed to the newborn is packed with all the antibodies and other goodies needed to give the baby the best start in life. This milk is known as the colostrum.

On our innocent little family farm we’d leave the calf with mum for months. There was always enough milk for the calf as well as for us kids … and we guzzled the stuff down!

When I think back, my parents behaved about as humanely as is possible when rearing livestock. Yes, the slaughterhouse was a part of it … but this was a rare occurrence. Us kids were never exposed to that horror, thankfully.

What Is The Most Humane Dairy Farm? 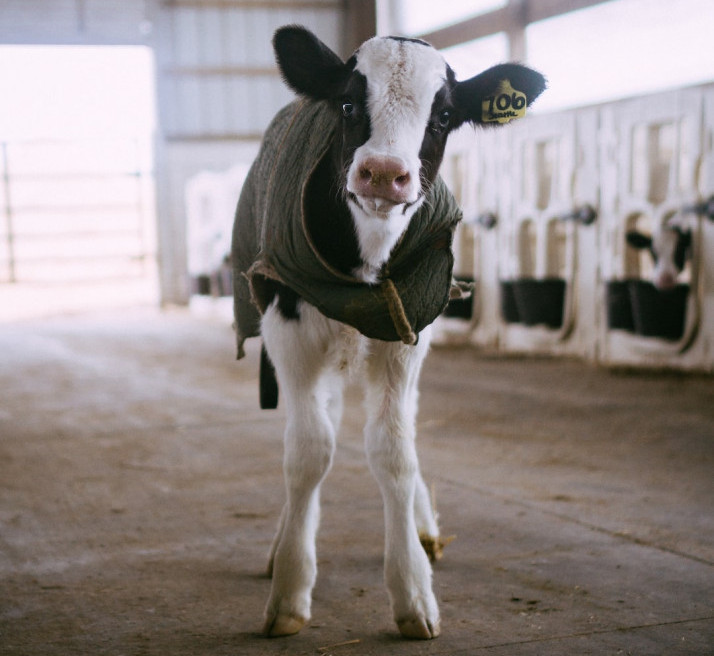 The most humane dairy farm would be one where the calf gets to spend many months suckling on mum’s teat. Like the farm I grew up on.

Sadly, this is completely un-viable financially – you can’t have the calf taking all that precious milk from the cow. Margins are way too tight.

When you think about it, there is little which is humane about removing a day-old calf from his mother. Sometimes it’s within hours.

Cows have a very strong maternal bond with their babies, just like humans do. Mum will often bellow for days after her calf is removed. The trauma is obvious.

But this is just the accepted norm for dairy animals.

You’ll find various articles online from farming affiliated organisations bemoaning the woes of the dairy farmer and how they struggle to make a living.

Well, spare a thought for the male calves who, up until very recently, were often shot in the head on the farm … in full view of their fellow newborns. Is that humane?

New rules have been introduced in the UK to stop this practice with many industry bodies on board. The rules are now supposed to be fully implemented so you’d like to think this barbaric carry on is no more … in the UK at least!

Problem is, the economics haven’t changed for the dairy farmer. I’d bet the more unscrupulous among them will just take the practice underground and out of sight of the authorities.

Why Should I Stop Drinking Milk? 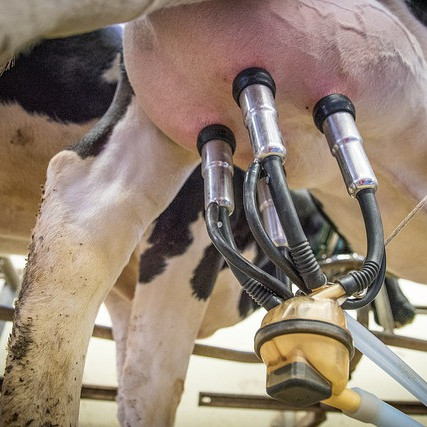 For me, the main reason I stopped drinking milk was to avoid directing my hard earned cash towards an industry which is inherently cruel to the animals.

It’s because they pretty much know nothing different.

If you’ve ever seen cows released into fresh, lush pastures you’ll know the joy and excitement they experience is palpable. They don’t want to be cooped up in ‘humanely designed’ pens, being fed on soya and grain.

Furthermore, they are bred to produce as much milk as possible. Way more than they would in the wild. You will often see these ill-fated beasts lumbering around the farm, barely able to walk because her udder is so swollen.

So, yeah … I expect the poor girl is desperate to be milked to be honest!

The average dairy cow lives for about 6 years before she becomes of no use to the farmer. Sometimes she just collapses in the stalls and has to be unceremoniously dragged away with a tractor. It’s heart-wrenching to watch.

Check the Humane League or Compassion in World Farming if you need proof.

The reality of where your ‘happy cow’ pint of milk comes from is far from happy.

But hey … at least we’ve moved on from shooting calves in the head because it’s the cheaper option. Now those boys get to spend a few months in the ‘rosé veal’ industry before being slaughtered for the restaurant trade.

Veganism Is The Logical Next Step 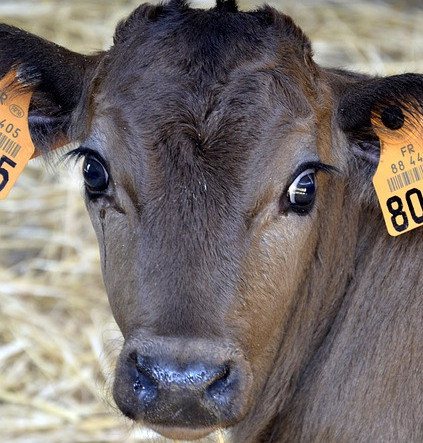 Good farmers will always try to mitigate these issues but they’re unavoidable.

Yes, sexing semen may bring male calf production down to 10% or whatever and this is a much better situation than where we were a few short years ago. But this involves artificial insemination … you watched the video?

Also, I can never agree with ‘rosé veal’ because you’re taking an animal’s life before it even reaches a year old in many cases. How can that be right?

Just the name … ‘rosé veal’ makes me cringe. It has overtones of some kind of fine wine. Trying to make it sound civilised when in reality, it’s a barbaric industry.

Veganism is about stopping this madness at source.

If there were no commercial demand for milk, none of these insane practices would go on. So vegans do their best to influence market forces by not funding inherently cruel farming practices.

I will always advocate veganism for reasons such as these but even if you can’t bring yourself to go all the way, you can have a profound effect by just reducing your dairy consumption.

There are so many delicious dairy alternatives now and most are more healthy than cow’s milk anyway. I didn’t even touch on lactose intolerance, hormone profile mismatches and allergies … maybe that’s another article!

Let’s just say, if your darling child has eczema, try cutting out the dairy for a month. See what happens … you can thank me later.

You may also like: “Do Vegans Want Cows To Be Extinct?”

Dairy Will Always Be Inherently Cruel 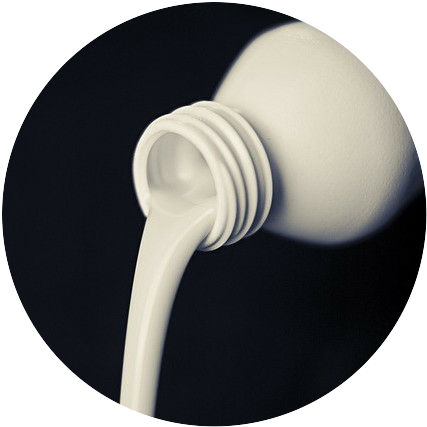 I hope this article has opened your eyes a little to the realities of dairy farming.

Cruelty is simply baked into the system and has become so normalised in the industry that many farmers and associated organisations just accept it as the way things have to be.

They don’t even see the cruelty because they’re so conditioned in their world view. They sincerely believe the cows want to be treated in this way.

Yes, things have improved from a welfare standpoint but let’s face it, we were starting from a very low level.

In conclusion, these are the main reasons why vegans are against milk. There are others too, like the environmental side of things but the ingrained barbarism is what drives a vegan to make the choices they do.

It’s time the human race evolved to the next stage of our existence.

Please share this article with your friends and spread the good word 🙂 I’d love to know what your thoughts are too so please leave your comments below … we always respond.