It’s an unnecessarily contentious one today! On the same page of Google results you can find diametrically opposed ‘facts’. Trying to compare apples with apples is next to impossible but we can try 🙂 From prison-like factory farms producing billions of litres of dairy milk to vast Californian almond plantations, what is the greenest milk?

What Is The Greenest Milk?

Plant based milk is by far the greenest milk when you look at the overall picture. There is significant variation between the different ‘alt milk’ options but compared to dairy milk, the picture is very clear. Plant based wins on every metric.

Discussed: “Planet A” on the merits of plant based milk vs dairy

How did we get here?

Humans have evolved to the point where we’re able to create almost infinitely complex supply chains. Computerisation allows us to analyse and optimise these supply chains in order to milk out every last penny of profit available.

From GPS powered arable fertilisation management, to TMR feeding systems for dairy cows, to enveloping container ship hulls with air bubbles to reduce drag, it seems there is no end to the ingenuity of the human race in honing the bottom line!

Yet, as we survey our Kingdoms and marvel at our magnificence, the Earth is sending us some very clear warning signs. Those who fail to heed these warning signs shall be the ones who plunge our civilisations into climate chaos.

That’s not really an opinion any more. We see it happening before our very eyes!

Water Usage: As Contentious As It Gets! 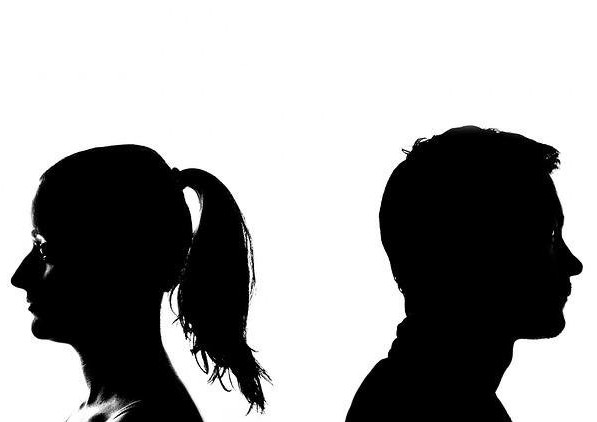 When it comes to the environmental footprint of various ‘milks’ there is a big difference between oat milk and almond milk, let alone dairy milk. Of the plant based milks though, almond milk is the least efficient when it comes to water, due to irrigation.

So let’s compare the plant milks with dairy milk …

Statista is a well funded and very well respected data analysis website and here’s their numbers on water usage per litre of milk production:

So, according to Statista, cow’s milk is more than 22 times less efficient at using water than soy milk. Almond milk is up there but still way more efficient than cow’s milk.

Now, for the sake of balance, there are studies out there painting a very different picture. This one, for example, concluded that almond milk uses a massive 17 times more water than cow’s milk. Based on Statista’s numbers, that would be over 10,500 litres of water used to make 1 litre of almond milk.

Really? That’s more than 28 times what Statista is reporting. How can these numbers be so wildly different?

Well, looking more closely at that study, for one they used life cycle analysis models from 2002 which could probably do with updating. Improvements in efficiency have progressed well in 20 years … they’ve had to!

But the big flaw in this study for me is the fact they couldn’t obtain data on the number of almonds used in a litre of commercial almond milk, so they went with a home-made recipe! 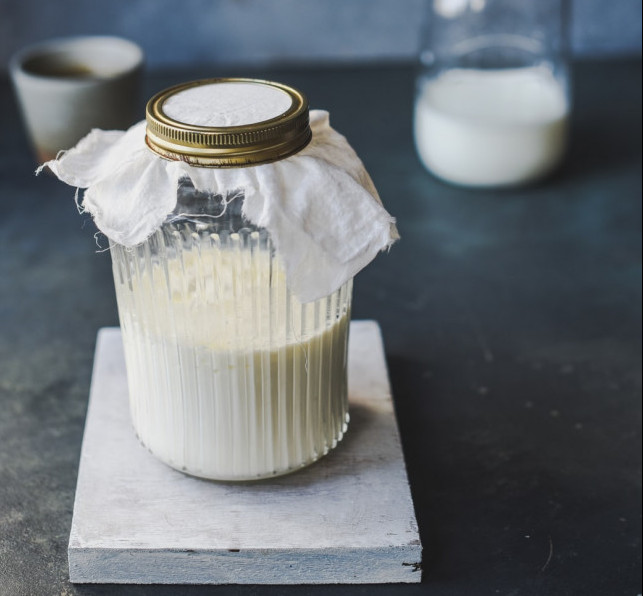 For anyone who has made their own almond milk (we used to sell the stuff!), they will know way more almonds go into a litre of home made than the commercial product. Even the best commercial grade will have only 4-5% almonds – ours was more like 40%.

Yes, it was deliciously creamy 🙂

Another study from 2020 showed that dairy milk uses 1.8 times more freshwater than almond milk so we can see it’s very difficult to go definitive on this. Incidentally, one article on the first page of Google quoted this latter study claiming it showed the opposite to what was concluded!

What I would highlight is the 1.8 ratio is consistent with the Statista numbers whereas the conclusion of the ‘home made’ study is so massively different that questions have to be asked about its accuracy!

Overall … from the many studies I looked at, cow’s milk is at the top of the pile for inefficient water usage. 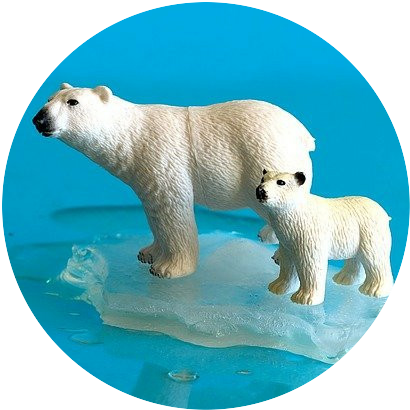 You can be forgiven if you’re confused about the water usage issue but when it comes to global warming potential (GWP), there is no doubt about it …

Dairy milk is by far the worst performer when compared to plant milks.

This is where the “Don’t Look Up” crowd put their fingers in their ears and shout “la la la la la”.

Even a cursory glance at the scientific papers on this show a conclusive result. Dairy milk is definitely not the greenest milk when considering greenhouse gas (GHG) emissions.

Another well respected statistics website is “Our World In Data”. Their chart below shows very clearly how the various milks perform across a number of environmental metrics:

On GHG emissions, dairy milk performs almost 5 times worse than almond milk and is the biggest culprit across every metric, by some margin.

So it inevitably follows, moving your diet over to include more plant based milk is a good idea if you care about the environment … and care you should. 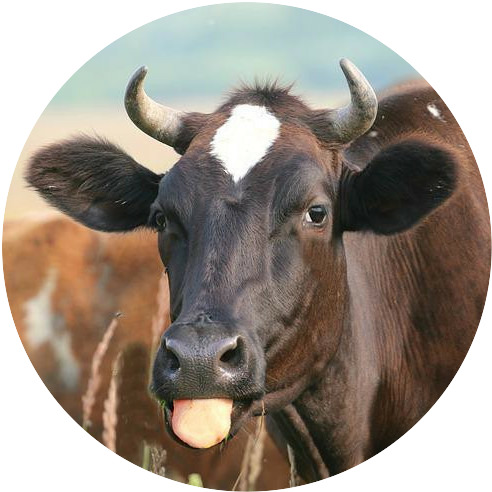 So it seems the science is clear. Most sensible studies all point in the same direction.

Dairy products are not only disproportionately contributing to climate change, they also produce the most water pollution as well as sucking up more water in their supply chains than plant based alternatives.

When it comes to your food choices I’ll always urge you to go the whole hog (excuse the turn of phrase) and consider switching to 100% plant based. Eliminate animal products entirely, if you can do so healthily.

But if you’re not ready for that yet then reduction is definitely the way to go … and it’s clear many people are thinking exactly the same thing.

According to DEFRA in the UK, liquid dairy milk consumption has dropped by close to 50% since 1974. The rate of change has slowed in recent years but plenty of people are still switching to the greener alternatives.

Plant based milks have seen explosive growth and that can only be a good thing. Many dairy die-hards actually prefer a Barista oat milk in their coffee these days!

You can even buy a mini fresh plant milk maker for your kitchen … I want one!

Do You Still Drink Your Mother’s Milk? 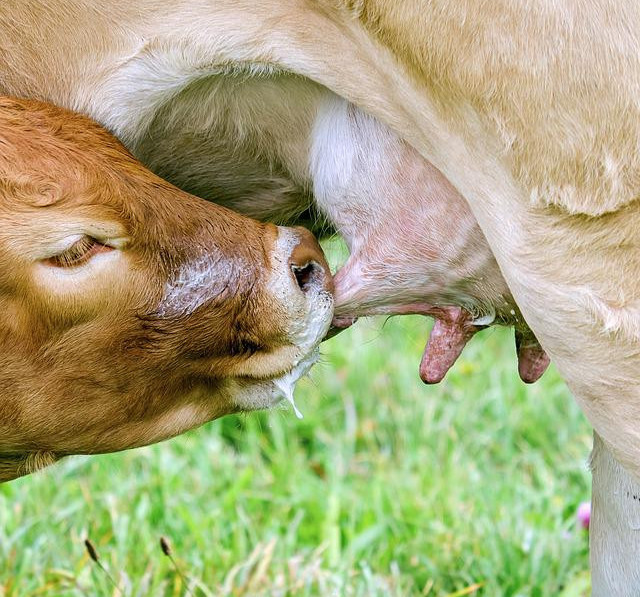 I certainly hope not!

Fun fact for the day: did you know humans are the only mammal that continues to consume milk after the ‘weaning’ phase?

If allowed to, a calf will feed on mum’s milk for around 10 months before naturally moving on to solids. For humans it’s at the six month mark where we begin to diversify away from breast milk.

So why then do we carry on drinking the milk of another species long into adulthood and often until the day we die? No other mammal does this!

It’s a really weird one.

Before humans domesticated mammals we presumably didn’t have the option and we seem to have survived perfectly well without a lifetime of cow’s milk consumption.

A human mother’s breast milk is finely tuned to meet the needs of the newborn baby. Similarly, cow’s milk is designed for baby cows … it is not finely tuned for humans.

So why the hell do we drink billions of gallons of the stuff annually?

How have we been so completely convinced that’s a good idea? Could it be something to do with the money involved? Clever marketing? Greed and profit? I’ll let you decide.

Plant Based Milk For a Greener Future 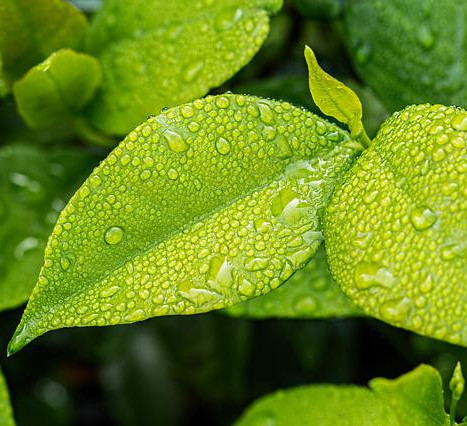 There are many commercial forces with very deep pockets working hard to convince you dairy is not only healthy, but better for the planet than almond milk, for example.

You’ll find evidence of their activities all over the internet and especially on social media. Masquerading as legitimate science, the sad thing is plenty of people are taken in by these profit driven scoundrels.

They’ve been feeding you white lies for decades (literally!).

I mean, some people still think climate change isn’t happening; they’ve been so utterly convinced to act against their own interests.

I think the best one is the argument that it’s “my personal choice” and “it doesn’t affect you so butt out”. So you think your actions don’t affect me?

Well take a look out of the window. Open your eyes. Look at the damage we’re doing …

… it affects every single person on planet Earth.

While I don’t expect you to invent the next generation of photo-voltaic cells, I do hope you will consider actions you can personally take to mitigate your climate footprint.

Switching to plant based milks is one way to do this and I offer you this article in an attempt to convince you of their environmental credentials. If I didn’t, tell me why below!

I hope you enjoyed today’s blurble. Please comment and share below if you feel so inclined … it keeps me in oat milk!