Question: what do you call a vegan who eats cheese? Answer: a vegetarian! This question annoys the hell out of die-hard, militant vegans but is perfectly valid and asked by thousands of people looking towards veganism as a lifestyle choice, for whatever reason. If you’ve said to yourself, “I want to be vegan but I love cheese” then don’t worry, you’re not the first and certainly won’t be the last!

How Do I Become a Vegan If I Love Cheese? 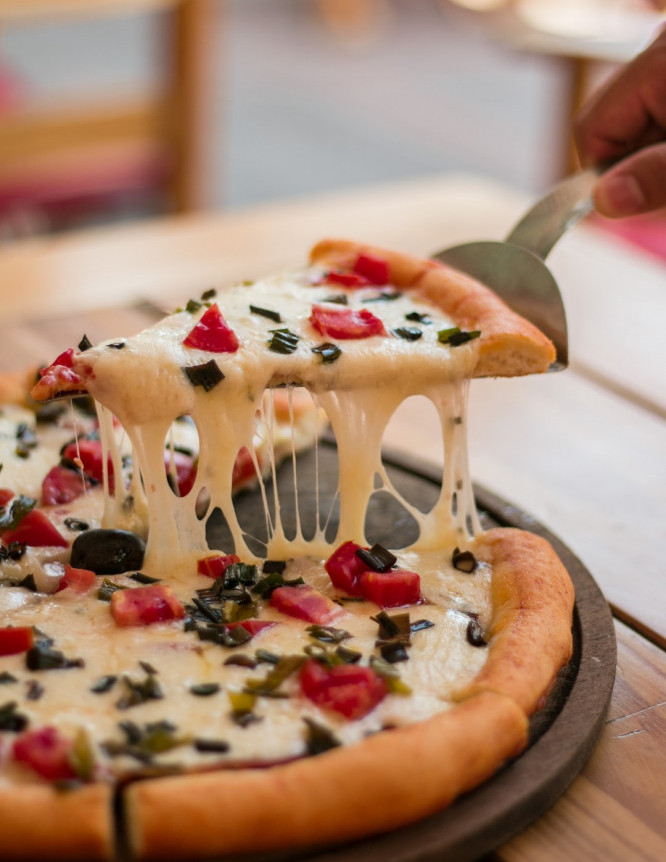 Travelling the highways and byways of the world wide web, you’ll find plenty of examples of people trying to go vegan but are finding giving up cheese the most difficult thing to do! Many can knock the meat on the head without a second thought but …

… it’s that lovely fatty, salty, cheesy delightfulness which has you hooked. Almost like you’re addicted to the stuff. Well guess what? Cheese is actually mildly addictive [1] (very mildly) so maybe this goes some way to explain your difficulty in quitting!

I wrote another article which you can find here, looking at the addictive nature of cheese in more detail. Why not have a quick read after this? You might be surprised by what you learn!

So you can take some comfort in that!

Thankfully, these days, there are some really good dairy free cheese products on the market. One or two of them actually do a very good job of approximating the texture and taste but I believe, as vegans, we need to be realistic …

… it’s unlikely we’ll ever produce something without dairy in it which passes for real cheese!

There’s some very clever people out there who’ve managed to replace hundreds of meat and dairy laden products with plant based alternatives but the cheesy problem is a tough one to crack.

So, if you’re trying to go vegan and have hit the cheese brick wall, by all means use the replacements but just be aware you may be disappointed and it’s your mindset which will need to shift on this one.

Why Am I Craving Cheese As a Vegan? 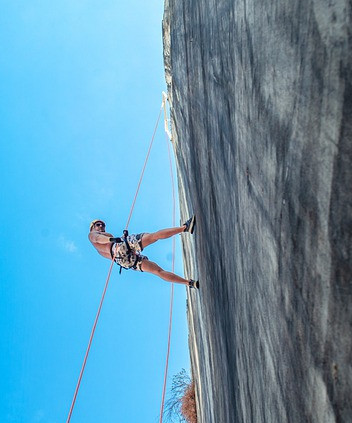 Cravings are difficult to overcome as they’re usually the result of many years of conditioning. Habits which have formed over time. The longer you’ve been forming the habit the harder it is to break those neural pathways and move beyond.

The cravings happen when your body has those stimuli removed. This is when you really have to dig deep and ask yourself the soul-searching questions about why you took this path in the first place.

Your willpower must overcome those thoughts and cravings. Many people find this too difficult and can’t even entertain the idea, let alone actually take that step to give up the cheese!

But the simple truth is, you’re not vegan if you eat cheese. No matter which way you try to cut it. I see a lot of people stating they’re not 100% vegan, or they’re a part-time vegan. These are misnomers. You’re either vegan or you’re not.

Yes, you can adopt elements of a vegan lifestyle and I’m all for that. The fewer animals that suffer the better but you don’t get to call yourself a vegan if you’re chomping down the cheese on toast, even if it’s only at the weekends 🙂

I rarely have cravings for cheese anymore and like I said above, it was way easier than I thought it would be to give up. I found the cravings lasted for a short time before I was thinking about it less and less. Then one day, it didn’t enter my consciousness.

That was a fine day!

How To Hone Your Willpower Skills To Break The Connection.

I went vegan overnight after being vegetarian for many years. It was cold turkey for me all the way. That’s just the way I am – all or nothing! Whether you decide to do it gradually or immediately, it’s useful to have a method or technique to employ when the cravings come! 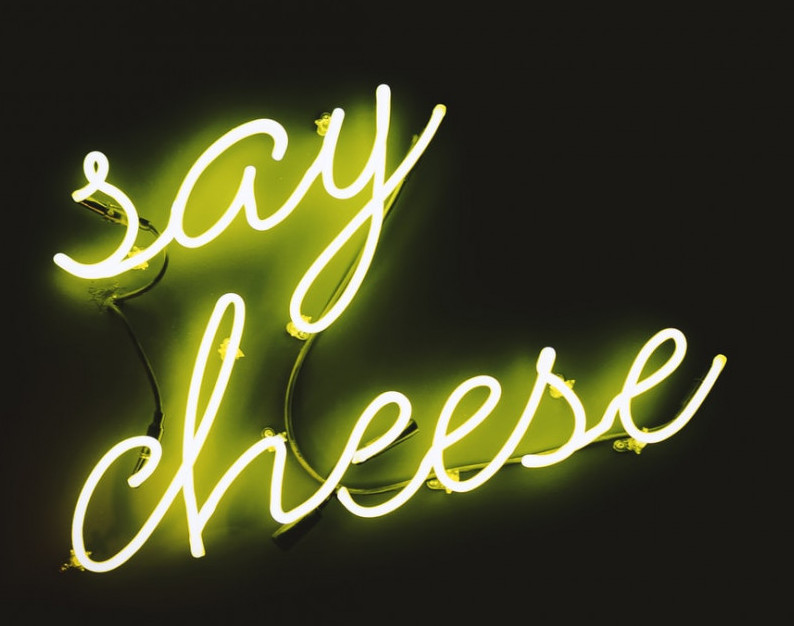 Your method will partly depend on your reasons behind going vegan. Mine were ethical. I witnessed the horrendous cruelty perpetrated on dairy cows and that was it. Something switched inside me.

Coming from this mindset it was, arguably, easier for me to summon up extra willpower when I started thinking how tasty it would be to munch on a 3-cheese pizza with all the (veggie) trimmings!

Wow! Even just writing that down took me straight back to my non-vegan days, even though I don’t even like cheese anymore … that’s how powerful the cheese addiction is!

Anyway, my technique is to just visualise the animal suffering I’d witnessed. The video I watched which made my decision for me. When I remember the look in that cow’s eyes it is easy for me to say no to cheese. That, for me, is enough to do the job.

Maybe you want to be vegan for the health benefits. If so, you might find it more difficult to find that willpower. One technique for you might be to really research the effects cheese has on the human body. The fat, the cholesterol, the hormone levels and potential links to cancer [2].

Really find out what cheese is doing to you, physiologically.

Then use visualisation techniques to see yourself living that much healthier life without the burden of cheese in your body. Try to fully experience that scene inside your body and really ‘see’ how much more effectively your body functions without it.

Tip: it’s best not to visualise the negative health effects of cheese because this could potentially make you unhealthy. Focus on positive visualisations only. The power of the mind is truly remarkable!

Look up some simple self-hypnosis and ‘self-talk’ techniques to help you with this.

Thankfully, you’ll find it won’t be long before the cravings subside and you’re finding it easier every day … and you can always reach for the Sheese when you need to!

What to Eat When You’re Craving Cheese as a Vegan? 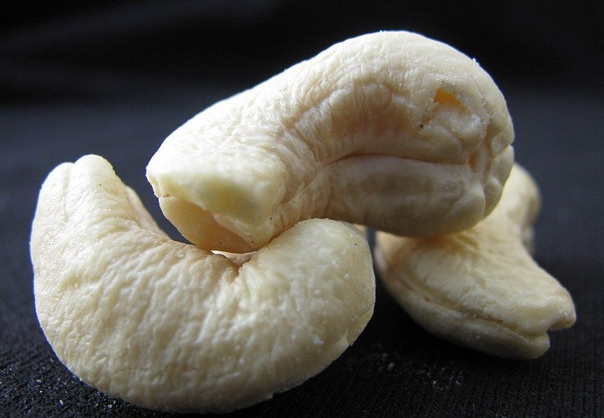 I mentioned above I don’t think we’ll ever produce a vegan cheese which cannot be distinguished from the real thing, so when you’re missing that taste in your food what can you use to give you a cheesy taste?

Well there’s the cheese replacements, obviously, but you can also use something called nutritional yeast which can be added to many dishes and sprinkled on pasta or pizza, for example. It gives you a nice cheesy flavour and is really good for you!

Another little trick and a bit of a secret weapon when it comes to emulating that creamy, fatty mouthfeel of cheese is cashew nuts … yes, you heard that right! A cashew cream can be used in lasagne or vegan mac n’ cheese and if you combine it with the cheesy taste of nutritional yeast and a splash of lemon or lime juice, you’re almost there!

It’s certainly an adequate replacement in my book and when you consider no animals were harmed due to the preparation of your dish, you can put up with any shortfalls compared to real cheese! 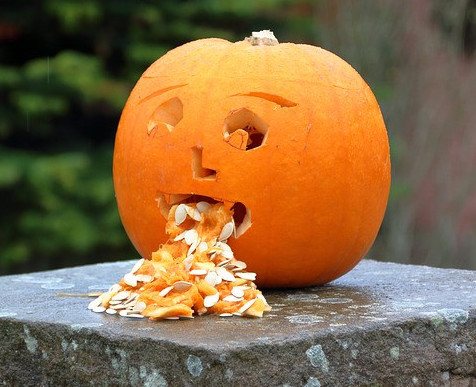 After a while, if you’re anything like me, you’ll start to see cheese and dairy products in general in a very different light. The thought of tucking into a pizza dripping with that fatty stuff makes my stomach turn a bit these days!

It’s amazing how your perception changes once you’ve given it up for a period of time. I do think you’ll need to refrain from consuming any cheese for a month or so though before you start to realise that it’s actually pretty gross 🙂

But if you really feel you cannot just give it up overnight then, by all means, just reduce it gradually from your diet. I used to eat cheese at least twice a day. So move to once a day, then twice or three times a week then once a week.

You get the idea!

Yes, it will take longer to eliminate that craving from your body. You’ll still be feeding that addiction but don’t be too hard on yourself. Take it at your own pace. Maybe set yourself a goal and use some of the tips in this article to help you on your journey.

Please do go ahead and get in touch with me if you have anything you’d like to ask me. Between my wife and I we will probably be able to help you out. My wife is a genius in the kitchen and is full of good ideas 🙂

I hope this article has helped you on your vegan journey and please rest assured your desire to become vegan is an honourable one. We need to reduce our impact on this planet and reduce (ideally eliminate) the torturous suffering inflicted on our animal friends across the globe.

Thanks for reading and please share far and wide 🙂

2 thoughts on “I Want To Be Vegan But I Love Cheese – You’re Not Alone!”