Let’s face it, the meat industry is pretty scary. Attempting to slaughter over 200 million land animals every single day is not an easy task, after all. Achieving that without frightening the animal is next to impossible, I’d argue. But can you taste the fear in meat? Let’s investigate.

Can You Taste The Fear In Meat?

Yes, you can taste the fear. It’s been scientifically proven and the reasons behind it are chemical. Kind of puts to bed the argument that animals don’t feel emotions like fear. Time to dive in and look at the detail … 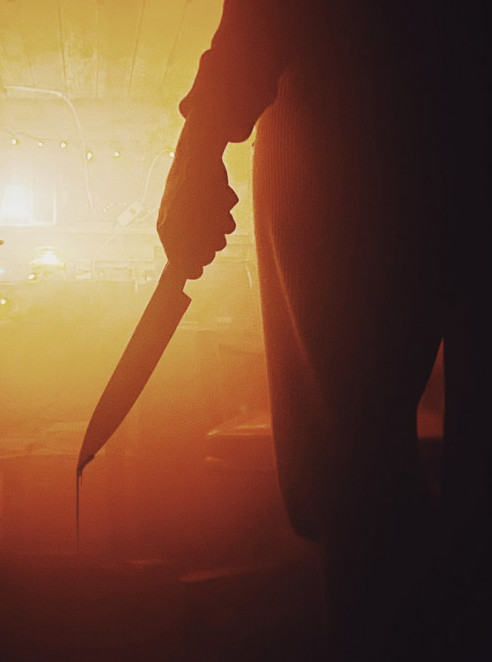 Yes, you read that first paragraph right. Two hundred million sentient creatures are put to death every day of the year! [1] The conditions they experience before the knife goes in vary wildly.

Some abattoirs do actually consider the welfare of the animal before slaughter but many don’t. In fact, it’s easy to find proof online of animals being treated in an utterly abhorrent fashion with obscene cruelty dished out as a matter of course.

… and people wonder why vegans are so intolerant.

The workers become immune to the daily massacre because it’s the only way they can deal with the gruesome realities of their profession. Many ex-abattoir workers suffer with PTSD so that must say something quite powerful about the scenes behind those bloody walls.

Unless the poor fated animals are kept completely shielded from what’s going on around them, they will begin to feel scared. Animals are not stupid. Pigs have been shown to be more intelligent than your average British school leaver.

A small minority believe a scared animal tastes better (the Yulin dog meat festival in China comes to mind) but the general consensus seems to be the opposite. Studies have been made and the scientific jury have returned.

What kind of dissonant place does your head need to be at in order to justify scaring the hell out of an animal before slaughtering it in front of all it’s friends? 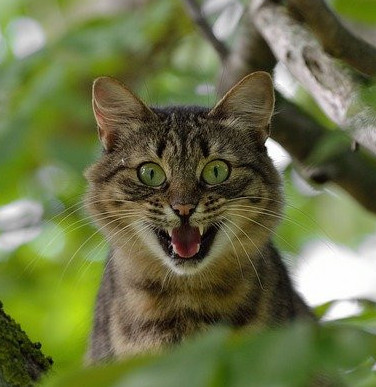 This, in turn, instills the fear of god in all those animals looking on. They must be wondering if they’re next in line for the cruel torture and a painful death. This is the reality of the Yulin dog meat festival, which does deserve an extra special mention here.

The fact it’s called a festival is hard to fathom. Festivals are supposed to be a happy celebration; not a murderous ten days of abject horror.

I don’t want to bang on too much about this barbaric annual event but if you want to find out more just Google it (or alternatively, Bing it). If you have an ounce of compassion in your body, I predict you will be appalled.

The twisted justification for subjecting thousands of (mainly) dogs to this bloody nightmare is that a scared animal tastes better! Even with that tenuous argument, they’re on the wrong side of science, as we shall discover.

In the immortal words of KRS1 … “What Kinda World Are We Livin’ In?”

Why Does Fear Manifest Itself In The Taste?

Ok, time for the science bit … sources at the end of the piece. 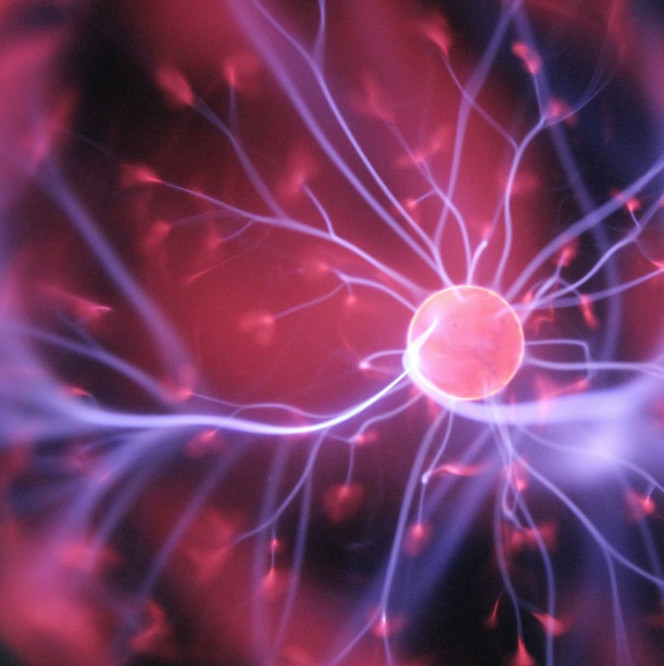 The meat industry is big business so small changes in productivity can produce large changes in profit. As such, there are constant studies into ways these ‘dealers in death’ can improve their bottom line.

It has been conclusively proven that a stressed animal produces a lower quality meat [2]. It’s all down to the glycogen-lactic acid system. Lactic acid is what makes your muscles hurt during and after exercise.

When an animal dies naturally, without any extra physical or psychological stress, the muscle glycogen is converted to lactic acid which maintains the quality of the meat. It stays pink, tender and retains more flavour … apparently!

If the animal is subjected to extra stressors before slaughter the adrenaline gets to work and breaks down muscle glycogen meaning less lactic acid is released into the meat after death.

This affects different types of meat in different ways but it is generally not a desirable outcome.

Mostly, this situation makes the meat more acidic, tougher and less flavoursome. There is also more of a tendency for the product to take on a greenish colour when packaged in evacuated plastic bags.

All these things affect the god of capitalism … profit.

Not to be left out from our acronym-heavy world, the meat barons have coined the phrases PSE and DFD meat. Pale Soft Exudative meat tends to be crumbly and acidic. Dark Firm & Dry meat is also acidic and tough with an undesirable dark colour.

In the slaughterhouses they call the animal a ‘dark cutter’ … nice.

Both the above conditions are caused by stress before slaughter. PSE is common in pork and DFD is more likely to affect beef and lamb. 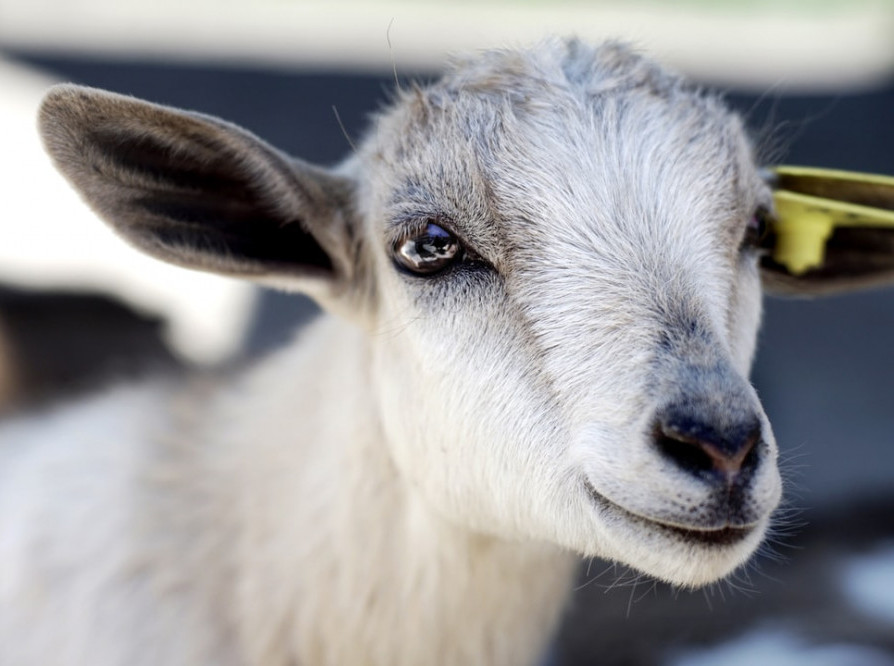 You’d think the fact that stressed animals are less profitable might result in the killing process being refined to the point where animals are blissfully unaware of their fate; right up until the bolt is driven into their skull (stunning) or they are herded into the gas chambers.

Unfortunately this is not the case.

Due to the sheer numbers of animals slaughtered on a daily basis, standards slip. They have to in order to keep the killing line moving.

When you’re tasked with taking the lives of 77 billion land animals every year, the welfare of these fated beasts is not going to be top of your priority list.

Yes, it’s important if you want to produce high quality meat products but if you’re knocking out cheap burgers from some road-side greasy spoon then not so much.

You can put all sorts of junk in the burger mix to bind together all that delicious ground DFD beef.

Banish The Fear From Your Life!

Vegans and to a lesser degree, vegetarians, have taken the decision to remove from their lives the fear, pain and suffering of the creatures we share this fragile planet with. 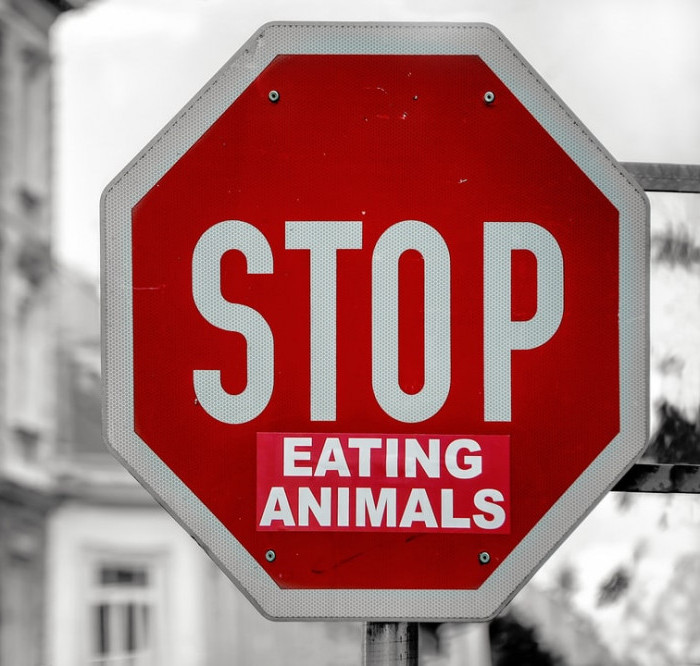 I don’t think anyone can truly imagine the horror of a slaughterhouse. All that fear. All that trauma. It really screws up the poor souls who try to work in these places.

Some believe that horror is transferred to those who consume the meat as a kind of negative energy. I don’t know about that but I do know I feel better every day for not consuming animal products.

I feel better inside knowing my hard earned cash is not fuelling the barbaric practices undertaken by many large scale animal agriculture operations.

I also know there is no such thing as perfection.

Most rational vegans understand it’s impossible to eliminate animal suffering but something we can do is use our spending power to minimise this madness.

If you’re already on the vegan path then my utmost respect to you. You’re doing the right thing.

If not then I respectfully ask you to consider going vegan.

Comments are welcome and please share far and wide. Opinions are all my own.