Many meat eaters think vegans have mental issues. Conversely, many vegans feel the same about meaties. Recent research has not shown a link between a vegan diet and depression [1], yet I see many vegans struggling with mental health. So, are vegans mentally disturbed?

No more so than meat eaters, according to a recent study [1]. However, other studies have shown a correlation. It’s clear this is not a black and white subject. Mental health is very complex and multifactorial so we need to be wary of using reductionist principles in this discussion. 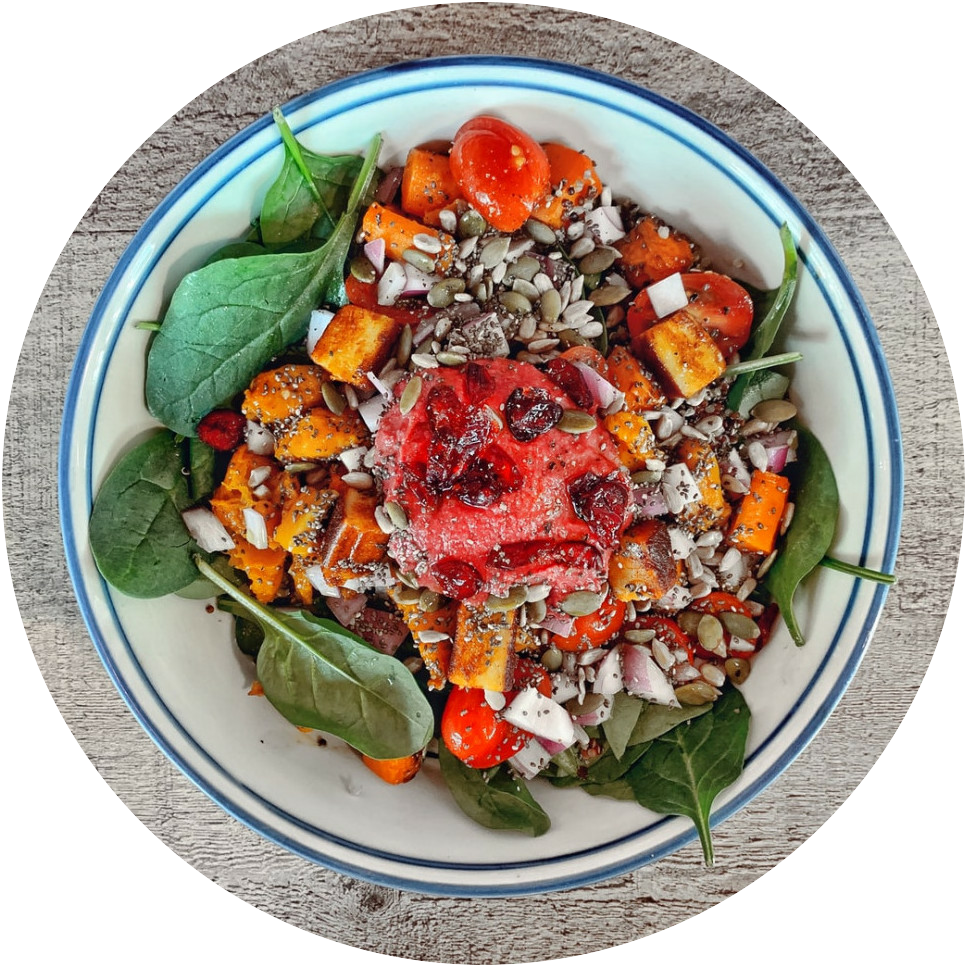 Veganism is rapidly gaining popularity around the world and especially in ‘Western’ cultures where we have the luxury of choice. Australia, for example, now reports over 12% of the population as following a meat-free diet [1].

While this is not necessarily a vegan diet it clearly shows the direction of travel as more and more people begin to question the origin of their food. They are concerned about and aware of what has to happen in order for that bacon roll to make it onto the plate.

Human culture is evolving ever more quickly and as we learn remarkable things about nutrition, many of us have realised that animal protein does not need to figure in a healthy diet.

Vegans and vegetarians adopt a moral stance. Vegetarians reject meat while vegans reject all animal products. Even though you will find many vegans who are frustrated by vegetarians, both groups have chosen the path for similar reasons.

You’d think that knowing the truth about animal agriculture and rejecting those products might make you a happier person. You’re not responsible for creating the demand in the wider market, after all.

So why do many vegans (especially) report feelings of depression and anxiety? Are the occurrence of mental health issues more common in vegans?

Is Knowing The Truth a Psychological Burden? 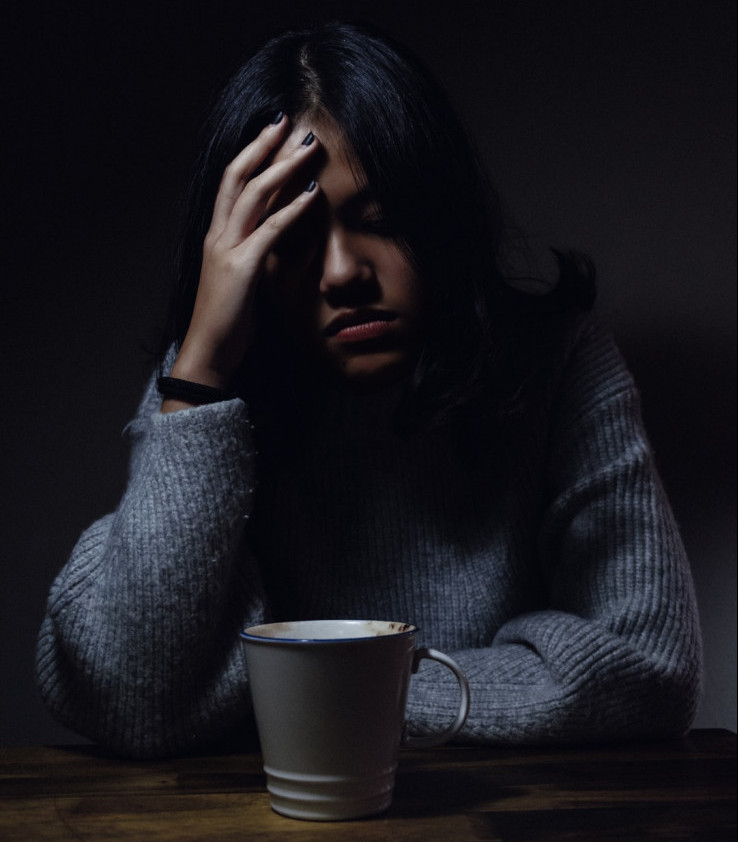 The conclusions were clear and in direct contrast to the earlier study cited. Although, interestingly, that first study established a link between the quality of the diet and the occurrence of mental health issues.

In fact, a high quality plant based diet was associated with improved outcomes for those suffering with depression and anxiety. So the truth is it’s complicated and difficult to really pin down the reasons.

Nevertheless, over the last 20 years we’ve seen rates of depression and anxiety increase in the global population with over 300 million people now estimated to be suffering with mental health problems [3]. That was in 2017 so likely an even greater number now.

Veganism has also exploded in popularity over this period so it’s easy to lazily link these two facts. I’ve seen some less than honest people use this as a basis for their anti-vegan stance.

Part of the answer is almost certainly explained by the fact that vegans and vegetarians take a moral stance against meat consumption. Often the decision to abstain from meat has come about because a person has seen videos and images of animals being mis-treated.

Slaughterhouses are not particularly happy places, after all.

With the explosion of social media, more and more people are witnessing the horrific conditions these poor animals face in the minutes and hours before they die. It’s the sheer industrial scale of it which disturbs many of us.

I’m sure, deep down, even the most committed meat eater would wince a little when confronted with the barbaric reality of how that steak makes it from farm to plate.

For vegans and vegetarians it’s too much to bear and we feel obligated to do something which helps alleviate the situation, no matter how small.

The Scale Of The Problem Can Be Overwhelming 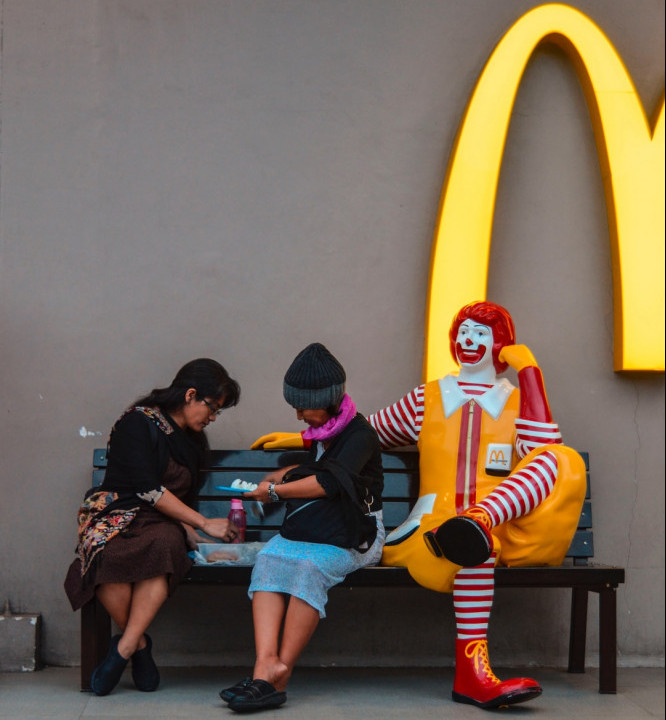 The demand for cheap meat is growing faster than ever and these colossal factory farming operations are becoming more common. It’s the only way to satisfy the insatiable demand for a bucket of chicken wings or that McDonalds (un)happy meal.

It’s a sad reality but in order to keep pace with this demand, it’s inevitable that animal welfare is squeezed ever more to the sidelines. Some of the videos I’ve seen are truly heartbreaking.

I don’t mind admitting I’ve been brought to tears more than once.

To know this madness goes on all day, every day is depressing to say the least. It takes a resilient mind to process the harsh truth and not be affected mentally in some way.

Also, the perceived helplessness of the situation can drive people into dark places of the mind where feelings of depression and anxiety are often the end result.

The old adage, “ignorance is bliss” could not be more relevant here. 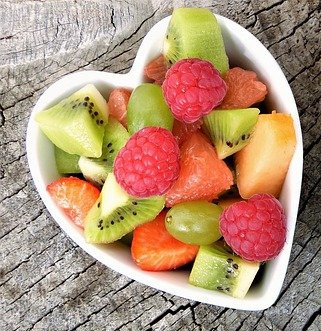 As vegans, we need to be more aware of the nutritional content of the food we consume. Omnivores have it much easier because many meat products contain a wide range of nutritional elements. So they don’t really need to think about it too much.

Although it’s also true that the general quality of many foodstuffs has decreased over the last few decades. Again, a result of mass farming operations (arable and otherwise). Monoculture is generally detrimental to soil health.

As the first study cited in this article shows, mental health outcomes can be positively influenced by paying attention to the nutritional quality of our plant based diet.

Almost all of the evidence points to the benefits of consuming a wide variety of vegetables, fruits, legumes, nuts, seeds and grains. If you mix it up well on a daily basis and pay attention to some essentials like Omega 3s, vitamins D and B12, you will give yourself the best chance of avoiding mental health conditions on a plant based diet.

Being Vegan Can Make You Happy Too! 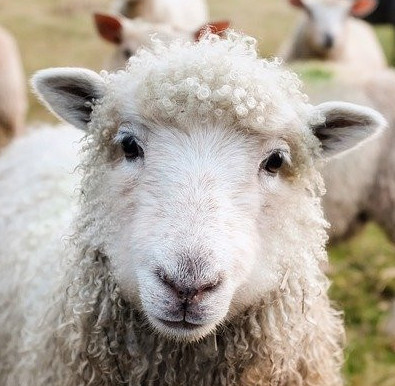 We should never forget the reasons why we choose the vegan path. It’s for the animals.

This doesn’t mean we need to fill our heads with disturbing imagery every day though. My wife was the one who showed me the truth and I will always be grateful to her for that. But these days, she simply cannot watch those videos any more because they disturb her too much.

She still cares as much as she always did but has chosen to focus on positives while not forgetting the gruesome truths … and we both use self-talk techniques to stay on top of things.

What we say when we talk to ourselves has a huge impact on our mental health. Simply by affirming positive and happy statements to ourselves we can control our emotions and mental wellbeing.

So try to think about all the plus points of your vegan life. Remind yourself that every day you’re making that positive decision and your actions are making a real difference, no matter how small. Every meal you cook is feeding less demand for cruelty into the system.

Learn about human nutrition and what your body needs to maintain optimum health. It will serve you well throughout your vegan life.

Because veganism is for life, in more ways than one! 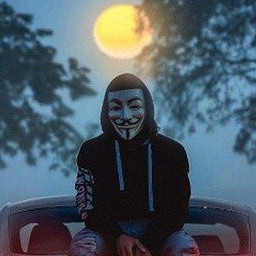 While researching this article I got involved in a discussion on Twitter where the argument was focussed on one specific area of nutrition. They were insistent that vegans are deficient in Tryptophan, which is one of the nine essential amino acids.

Regular meat eaters will likely get enough of this important nutrient which is linked to serotonin production – one of the ‘feel-good’ hormones [4]. So this person was claiming vegans are depressed because of the lack of Tryptophan in the diet.

They kept dropping ‘research bombs’ into the convo in an attempt to legitamise their argument and it was convincing. I already knew that soy contains a good amount of Tryptophan but they were claiming it contains none.

I proceeded to calculate the level of Tryptophan in the meal I’d just prepared, based on a nutrition chart they had provided as ‘proof’ of the lack of this nutrient in soy. We had the recommended daily amount in all three servings.

Furthermore, they cited the first source below as their ‘proof’ of how depressed vegans are. Presumably they didn’t actually read the paper and the author then got involved refuting their claims. The paper actually shows the opposite to what was being claimed.

So both of the research papers this person had cited actually disproved their claims yet they were adamant of their position. Most people wouldn’t have the time or inclination to properly check out the sources this person provided but I’m a stubborn old bugger.

My point is, we have to be very careful with what we see online. There are many disingenuous bad actors out there who have an agenda. Whether this person was working for the meat marketing industry or a Russian troll farm, I don’t know.

But the dangerous misinformation they were punting needed to be called out – so I did.

… and I have not heard hide nor hair from them since.

So be strong in your convictions. Know that veganism is the compassionate way forward. Know that you can make a difference and stay healthy on a vegan diet. It’s just a win-win.