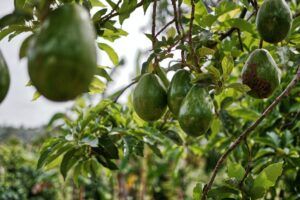 You probably already know Omega 3 fatty acids are vitally important ‘good’ fats that are conclusively proven to provide a whole host of major health benefits. So knowing which vegan Omega 3 food sources are best to go for is important in this brave new world!

There’s a very good reason vegans are known to devour whole avocados at will … personally, I like to remove the skin first 🙂

Getting Enough Omega 3 as a Vegan – The Problem

Without getting too scientific, let’s look at the challenge faced by those of us following a plant-based, vegan lifestyle when it comes to getting enough of these essential fatty acids in our diet. You may be surprised to learn there are actually eleven different types of Omega 3 [1] but the most important, by far, are the three you often hear about. Namely ALA, DHA and EPA.

Vegan Omega 3 food sources predominately contain ALA (alpha-linolenic acid), while EPA (eicosapentaenoic acid) and DHA (docosahexaenoic acid) are the main constituent of animal based sources such as oily fish. They are referred to as ‘essential’ fatty acids because the body is unable to make them [2] but they are known to be vital for good health. So we have to get Omega 3 in our diet. 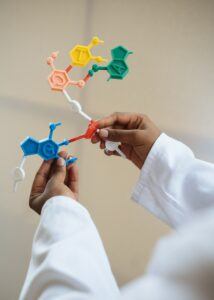 When you were growing up your Mother may have tried to force cod liver oil down your throat. I know mine did and now I’m scarred for life! Of course, I’m kidding but there’s a reason we went big on fish oil back then. ALA is not as active in the body and needs to be converted to DHA and EPA. Unfortunately, this conversion process is not all that efficient with only around 5% of ALA converted to EPA and a measly 0.5% ends up as DHA [3] – although some studies do suggest significantly higher conversion ratios.

So therein lies our problem. Even the richest vegan Omega 3 food sources can have a limited effect on your health due to this inefficient conversion. Consequently, you need to consume much more plant-based Omega 3 to get the same effect as that delicious cod liver oil your Mother used to insist you dosed up on 🙂

An avocado a day keeps the doctor away … or maybe 5 avocados!

Don’t worry though, there is a shiny silver lining to this story … read on …

Before we hit the mother lode let’s run through some of the richest vegan Omega 3 food sources which you will want to incorporate into your diet on a daily basis. In no particular order … 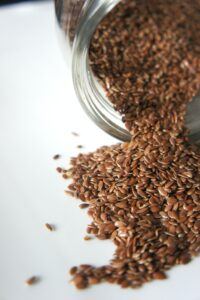 As mentioned above, your body needs to convert the ALA you consume into DHA and EPA to gain the full health benefits of this essential dietary requirement. This process is very inefficient, especially for DHA. Most of us know fish oil is a very popular health food supplement and this is because oily fish contains high levels of DHA and EPA.

Following a vegan diet can result in low levels of DHA in the body which has been shown to be important for foetal brain development among other numerous other benefits. But guess what? The fish get their EPA and DHA from somewhere as it is found in high concentrations in many oily fish.

Incidentally, I found it fascinating to learn there is much debate around the evidence that a significant turning point in the evolution of the human brain coincides directly with a period in history when humans started to increase the exploitation of the resources found around the coasts and inland waterways [5].

The argument is that since all life originated in the sea, we are inextricably linked to some nutrients which are abundant in the ocean. DHA being one of these.

While the evidence does strongly support the idea that brain size increased due to this there is a more subtle school of thought suggesting human brain evolution occurred over a much longer time frame as humans naturally increased the variety in the diet.

Nevertheless, it does seem that increased levels of EPA and DHA in the diet “opened the floodgates” for brain evolution!

So, vegans should take note and recognise that a good supplement with DHA and EPA is highly recommended.

Cut Out the Middleman – All Hail the Algae 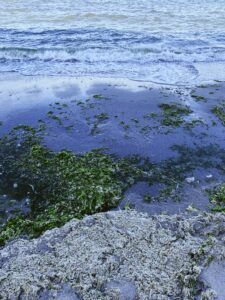 There is another source of vegan Omega 3 which delivers not the ALA form found in all the plant sources above, but contains the DHA and EPA so richly sourced in oily fish. It’s pretty simple and highly logical. The fish eat large quantities of algae … the algae contains the Omega 3s.

So possibly the best vegan Omega 3 food sources high in the DHA and EPA types we need to stay optimally healthy are the algae oils and seaweed products which you can find in most good health food stores these days.

The oceans have provided for us for millennia and they can continue to do so if we can just get a handle on how to live sustainably. Look for sustainably sourced algae and seaweed products and use in your cuisine regularly or just take supplements. Either way you’ll be getting the DHA and EPA we all need, vegan or not.

It makes me chuckle when people ask me, “so what do you eat as a vegan?”. They honestly believe it’s just lettuce! There are so many fruits and vegetables out there with everything we need to flourish on a vegan diet. Mother nature provides it all without the need to take the life of another sentient being.

Thanks for reading 🙂
Rohan

References: (click the back button to return to your position in the text)