Veganism is a philosophical belief. It is a way to live your life. It’s my own personal choice. Why does that make some people really angry? Why does it elicit a strong discriminatory response among many? Are there any arguments against veganism which are valid? Lots of questions!

Here we will examine the best anti-vegan arguments and how to respond in a calm and measured manner when you’re confronted with a red-faced, anger-filled nut job on Twitter (or anywhere else) whose intent is to abuse you in as many ways as they can possibly manage!

Are There Any Arguments Against Veganism?

… and just where does all the anger come from? 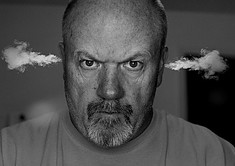 Even though vegans are in a very small minority globally, the anger this lifestyle choice seems to fire up in meat-eaters is palpable! On social media especially, the abuse dished out to many vegans on a daily basis can be quite disgusting. In fact many have been driven off Twitter because they just can’t take it.

And why should they? No-one deserves to be subjected to levels of daily abuse in this way.

Why do people hate vegans so much?

How can a philosophy which promotes non-violence and compassion end up at the butt of some of the most virulent disagreements online? Well, as is often the case with matters of the heart, there are many different answers to the question.

The mass media has a lot to answer for. This is where ideas are often seeded and they then blow up on social media when the right combination of emotional buttons are pressed! Consequently, you have to ask, who puts forward these ideas in the first place?

I’m no conspiracy theorist but there are some very powerful forces at work in the food industry and their tentacles reach far into the underbelly of our societies! The monolithic meat merchants and devious dairy dealers exert huge lobbying power on the global markets and influence governments on an industrial scale!

So, whoever it is who starts it, the idea is seeded online and it’s easy for people to get on board blowing the argument up into something it really doesn’t need to be.

It’s not a new thing either. Ant-vegan sentiment goes right back to the start of the modern vegan movement and probably before that; it just wasn’t called veganism back then. The term was coined relatively recently.

One of the first vegan communities established in the 1840s, Fruitlands, brought the lifestyle ideas more into the mainstream but unfortunately was a resounding failure with many of the participants emerging severely malnourished after the project’s short, seven month life.

This was more due to the founder’s insistence on the exclusive use of manual labour to plant and till the soil. They just couldn’t grow enough food to feed the community. The failure of the project gave the haters more ammunition and the modern anti vegan movement received a huge boost!

During this period vegetarians and vegans were already subjected to ridicule and abuse in the newspapers of the day and the failure of Fruitlands didn’t help the situation. The modern press draws on these early threads and builds on them. Now we have Facebook and Insta it’s easier than ever to disseminate poisoned lies and hate across the globe! 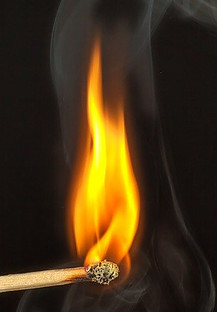 There is something inherent in the perception of the vegan lifestyle which ignites a fierce rage in many people. Maybe it’s because deep down they know the human race cannot carry on like this but don’t want to change. The emotional conflict is difficult to process and manifests itself as pure unadulterated anger. It’s not a pretty thing to watch.

Terms like ‘virtue signalling’ don’t help. Just because someone decides to attempt to improve their life it doesn’t mean they are signalling to you they think they’re better than you. But this is how it is perceived and this is another source of anger for these people.

In fact, again, this indicates some anti vegans know their lifestyle choice is unsustainable and contributes toward the suffering of animals, otherwise why would a vegan lifestyle be a virtue?

As is almost always the case, the vegan hater brigade’s positions fall apart quickly like a cheap suit when subjected to the slightest scrutiny … and they don’t like that!

Let’s take a look at some of the popular arguments against being vegan and how you can respond intelligently and rationally.

I saved this one for last because it warrants a whole section on its own. In fact the ethical debate around veganism is huge and well beyond the scope of the remainder of this article! 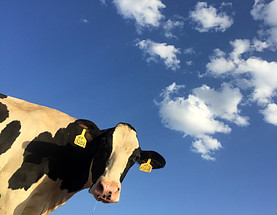 Sure, if we were still living in caves and your children were starving then what would you do? You’d go out into the wild, hunt and kill a nice plump boar, returning triumphant with enough food for many weeks, if you’re lucky!

I don’t know about you, but when I return from the supermarket with my groceries I feel a primal urge to beat my chest and rub some sticks together in order to build a fire and cook up the spoils of my dangerous expedition 🙂

I think you get my point!

Humans no longer live in a world where survival is a daily concern. Well, most humans in the developed world don’t have this concern at least. There are still plenty of societies who are consumed with daily survival … but that’s another story and veganism is certainly not appropriate for them!

By adopting this stance, meat-eaters argue because we’ve always eaten meat then how can it be unethical to continue to do so. What they fail to acknowledge is the difference between killing the odd wild boar every now and then and the daily, genocidal slaughter of 100’s of millions of agricultural animals daily.

… and that doesn’t include all the fish – a number almost impossible to calculate.

So if anyone steps to you with the ‘because we’ve always done it’ argument you can now show them how completely bogus that viewpoint is.

“But what would happen to all the animals?” 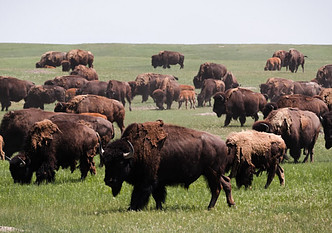 I can’t really finish without mentioning this utterly ridiculous argument. I see highly intelligent people genuinely asking what would all the poor animals do if humans stopped consuming meat and dairy. Or at least, drastically reduce it.

Two things … First, the blindingly obvious fact that we would no longer need to farm the billions of animals we currently do. Second, it wouldn’t happen overnight. It would be a gradual process, naturally reducing the requirement to raise animals for food.

So, contrary to the view that we would have millions of animals wandering around the planet because we’re not killing them, the truth is we would just return more to how it was for our ancestors (ironically enough) when bison roamed the plains!

Humans never used to kill billions of animals every year, now we do.

It’s Time to Make That Change …

The signs are very clear; the human race is at a turning point in its evolution and our survival,very possibly, depends on making the right choices. We have the power to make change. We are clever enough to be able to see what we’re doing to the planet through our excessive consumption. We can model certain futures based on many different variables. 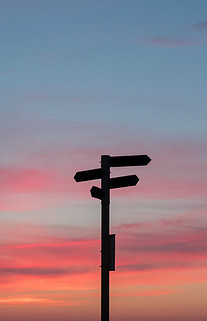 Let’s put our energies into reversing this headlong thrust into oblivion. The angry arguments against vegans are a distraction. Have your come-backs ready when challenged but don’t waste your time on people who refuse to change.

Veganism is about making a conscious decision to improve our world and the lives of the species we share it with; to end the industrial scale killing we see in these brutal slaughterhouses. It truly is a modern day animal genocide on a scale far larger than any human genocide we have ever seen

Most agree, for humans to survive, we will have to make lifestyle changes which sometimes may be difficult.

Vegans have chosen to make that positive change and don’t let anyone sway you!

I’d love to hear what you think of this article and the common arguments against being vegan. Please do go ahead and leave your thoughts below and please share this article with your friends. I always do my very best to answer as quickly as possible!

Thanks for reading and have a great day!