Many would argue those following a vegan way of life should not be pet owners. But as in life, veganism is not perfect with cats and dogs playing a large part in many vegan’s lives. They provide valuable companionship for humans which has a whole host of benefits. But what do vegans feed their cats when meat is off the menu? Is it cruel to feed your cat plant based?

What Do Vegans Feed Their Cats?

Most vegans are not brave enough to feed their cat a vegan diet. Cats are naturally meat eaters and have some specific nutritional needs which, traditionally, were only satisfied by eating small rodents, birds and reptiles. But … this is the 21st century folks and times have changed! 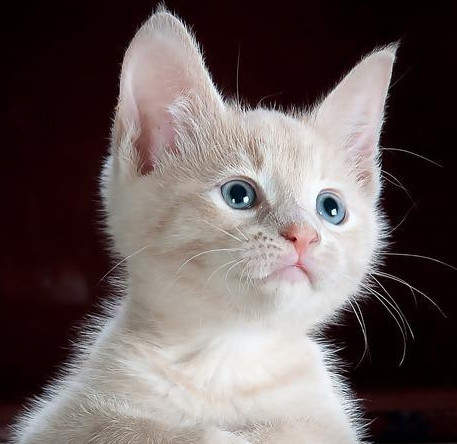 As with so many conversations around veganism, the pet debate is a contentious one. The mass breeding of companion animals has many downsides, including the shaping of animal’s bodies to suit human’s tastes.

Breeding these desirable traits into our cats and (especially) dogs frequently results in the animal experiencing significant distress and sometimes physical harm. There are wider philosophical arguments too including how pet ownership feeds the notion of one group controlling another, more vulnerable group.

It is argued this mindset helps to maintain and reinforce the perception of the dominant party in an abusive relationship. The idea that one can manipulate and oppress another. Obviously this is an extreme example but an interesting discussion nonetheless.

However, humans didn’t necessarily manipulate cats as much as you might think. In fact there’s some fascinating studies into how cats may have manipulated humans very effectively during our shared evolution.

Cats were probably domesticated naturally without all that much conscious intention from humans. They formed a symbiosis with early farming communities and became a valuable rodent control measure with a side order of companionship!

Cats have always done things their own way!

Do Cats Need Meat In Their Diet? 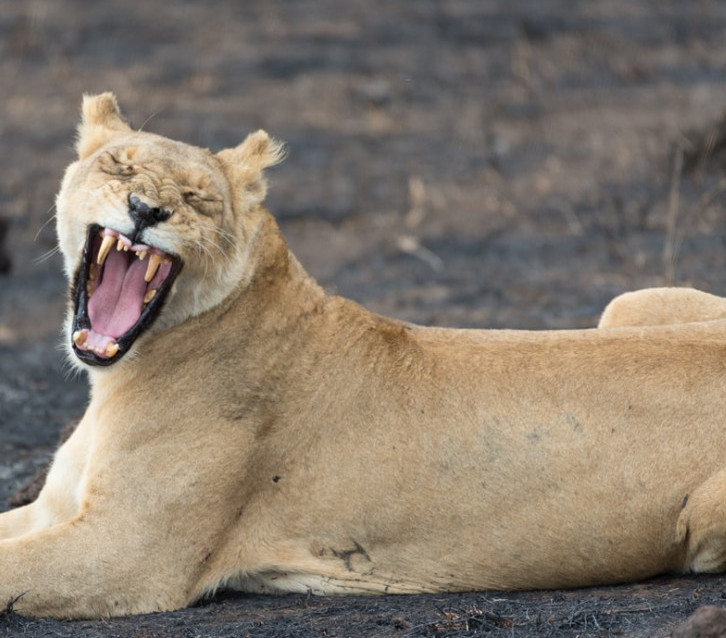 Even a cursory search on the big G will quickly reveal the words ‘obligate carnivore’ when it comes to what cats eat. In the wild, a cat’s natural diet is one primarily of meat. Their digestive system did not need to evolve to process plant matter.

That doesn’t mean they can’t digest plant foods though.

With close attention to nutrient supplementation, it’s relatively easy to ensure your cat thrives without having to eat meat. There are some specific cat foods on the market which are vegan friendly and include the taurine along with other essential nutrients your cat needs.

Flying in the face of most respected authorities, there’s even growing evidence to suggest cats can do better on a plant based regime. A recent study reported:

“More owners of cats fed plant-based diets reported their cat to be in very good health.” [cite this properly from p.1 of the source] [1]

Now that really is going to throw the cat among the pigeons!

The Problem With Commercial Cat Food 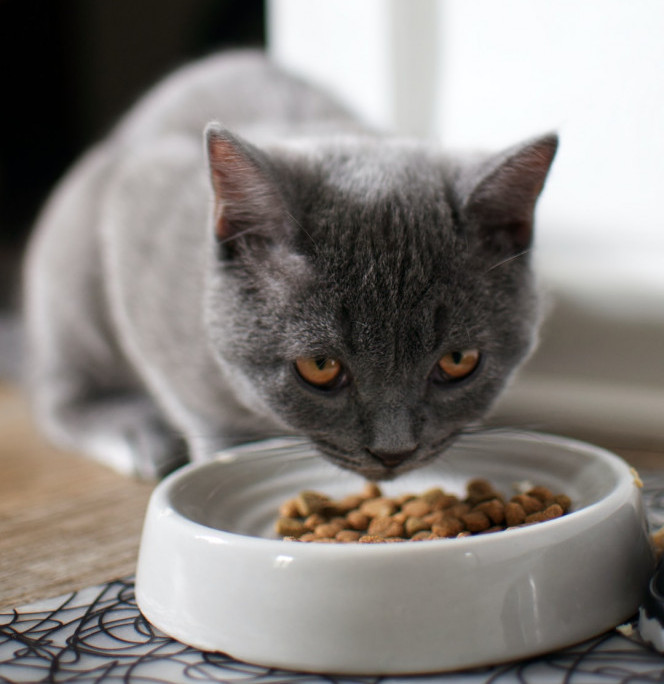 Cats have lived alongside us humans for thousands of years. Only very recently, in the last 70 years, have these animals entered our homes as indoor-only pets. Then we’ve set about breeding them, enhancing certain characteristics.

It’s beyond me, but anyway … all these cats need feeding and the cat food industry is massive. Reported to be worth nearly $34 billion USD in 2021, the sector is reckoned to grow to more than $41 billion USD by 2027 [2].

Let’s face it, most people don’t pay too much attention to what they put into their own bodies, let alone their cats! Most of the successful cat food brands contain ‘meat and animal derivatives’. Sounds a bit vague?

It is … and for very good reason!

Using terminology such as this means cat food companies can get away with using whatever offal is the cheapest on the market at the time. The catch-all term encompasses all animal parts including guts, lungs, beaks, the head, feet, hair, wool and feathers!

Cat food companies will tell you the meat derivatives have been passed as fit for human consumption but there are numerous cases where this would be stretching the truth, to say the least.

The cat food industry relies on the waste products from slaughterhouses along with other rejects from the human food production cycle. This includes, so-called, ‘4D’ animals (dying, diseased, disabled and dead) as well as restaurant waste and out of date supermarket meat products.

The industry uses a process known as rendering to make these products fit for your cat’s consumption. Rendering separates the raw material into fat and protein producing the ‘commodities’ used in the pet food industry.

Sure, there are regulations around 4D animals and other byproducts and in the wild, your cat would eat some of these animal parts. But not all of them. It is the enforcement of the regulations which is lacking though and unscrupulous operators abound. 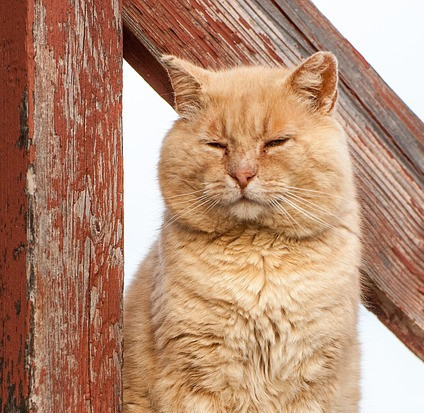 Just the same as humans are unable to synthesise some nutrients, cats also face the same predicament. Again, a quick Googling will reveal the word ‘taurine’ popping up again and again when it comes to cat food.

Taurine is one of the essential amino acids for cats, in that they are unable to synthesise it in their bodies from other fatty acids. So they must obtain this nutrient from the food they eat.

In the wild, cats’ diets rely heavily on meat and taurine is found in meat as well as other key cat nutrients like vitamin b12.

But guess what? Humans, being as ingenious as we are, have worked out exactly what cats need from their nutrition to live long and healthy lives, just the same as we have done for ourselves.

When you consider how cat food is produced I think you’ll agree it is highly incompatible with a vegan philosophy. Taking it to extremes, one could argue with a high validity that vegans shouldn’t own cats, plain and simple.

While I tend to agree with this, I’m also aware that many vegans own cats and they play a valuable role in mental health, among other things.

So, again, it comes back to not letting ‘purrfection’ being the enemy of the good (sorry couldn’t resist!)

Serving this market, we now have a number of vegan cat food producers and the feedback coming in suggests strongly that cats can not only survive on vegan cat food, they can thrive!

As we mentioned above, a recent study concluded that cats fed on a plant based diet which includes all the necessary essential nutrients were actually healthier than those fed on a more traditional diet [1].

(cue the wrath of the carnists)

Vegans Can Feed Their Cats Plant Based! 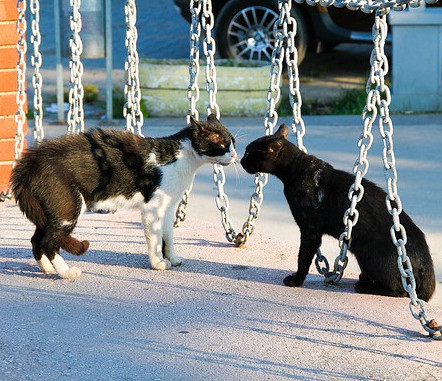 I hope I’ve managed to lay out the evidence clearly for you here and allay some of your fears when it comes to feeding your cat vegan.

I wonder if, down at the local alley, vegan cats get the mickey taken out of them the same way as vegan humans do!

If you’re looking for some excellent vegan cat food then this offering from Benevo is hard to beat. It contains all the nutrients your cat needs to thrive and has been on the market since 2006 so it is a proven solution.

No need to compromise on your vegan ideals.

If you’ve enjoyed this article or you have some other recommendations for vegan cat food please leave a comment below and share this with those you think might benefit.