All hail the new kid on the vegan block! Potato milk looks set to become one of the most popular plant based milks in 2022. It’s being touted as a serious competitor to the hugely popular oat milks which every self-respecting supermarket is now supplying. But is potato milk good for you? Let’s find out …

Is Potato Milk Good For You?

Yes. Potato milk is good for you and more importantly, good for those around you (ie: the entire human race) because it’s environmental footprint is much lower than other dairy free milks. Whether it is any more healthy than an oat milk, for example, is debatable though … 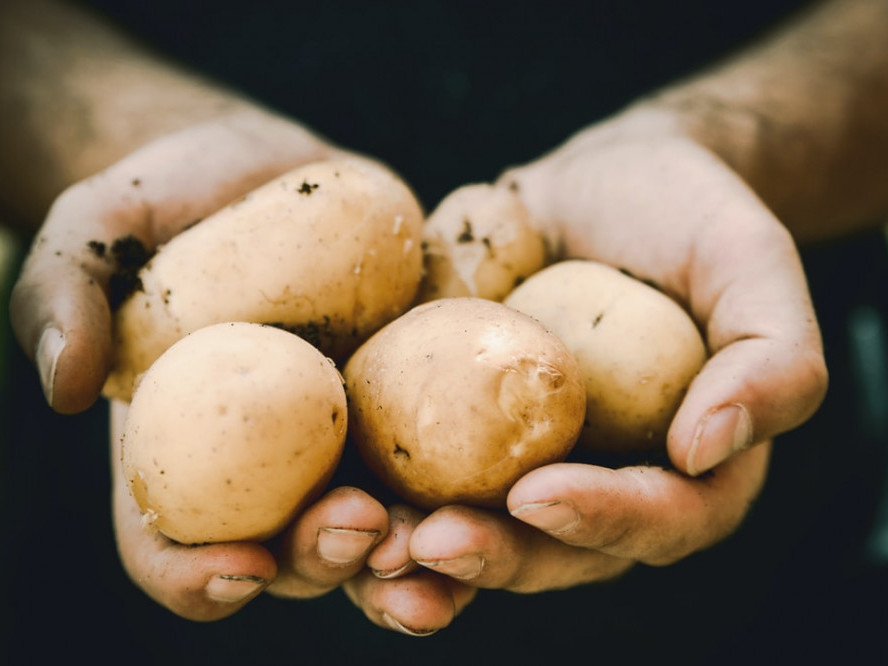 The humble potato is one vegetable we all know and (most) love. Can you think of anyone who doesn’t like potatoes? I certainly can’t. Except maybe my work colleague Mike. But he doesn’t like any vegetables … just chips. Poor old Mike!

But I’m going off point 🙂

Potatoes have been grown for millennia and do well in more temperate climates. Having said that, China is the largest producer of potatoes and grows them in warmer locations than we might expect [1].

Potatoes are a nutrient dense vegetable with good levels of vitamin C, vitamin B6, potassium(with skin on) and iron. With zero fat and cholesterol, along with low levels of sodium, the trusty potato is a healthy energy powerhouse!

No wonder it’s a staple for many.

By extension, potato milk will also provide many of these benefits although some of the vitamins and antioxidants may begin to break down with processing. Excessive heat is known to break down vitamin C, for example and most of the long-life milks are UHT.

Usually, these products are fortified with vitamins and minerals after they’ve been blasted out of existence by the processing methods! Potato milk is no different.

The trailblazer product making waves in the vegan world at the moment is the DUG potato milk. Many are getting very excited about this offering from the Swedish based brand.

They tout the health benefits of their super-sustainable product and this guaranteed (allegedly) ‘no-split’ milk is high in calcium, vitamins B2, B12 and folic acid along with good levels of vitamin D. 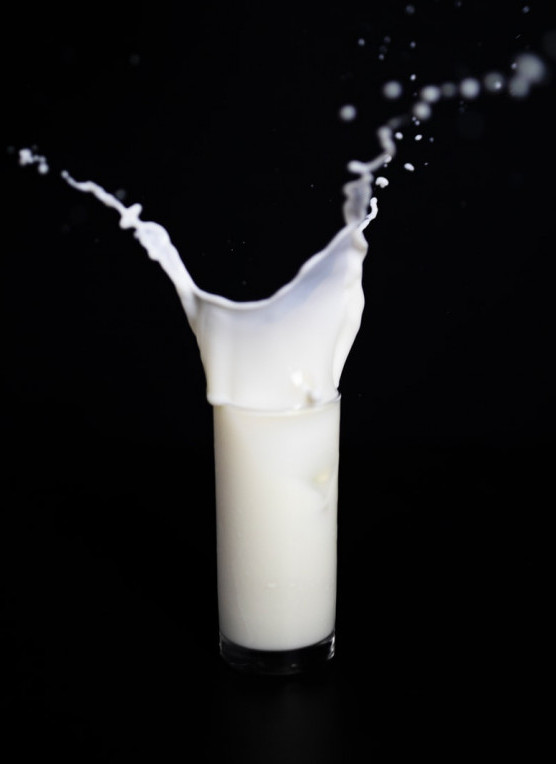 The DUG Original is billed as a great-tasting everyday milk alternative for tea and coffee, to put on your cereal or to just drink. Here’s what’s inside:

The Barista version has the same ingredients but with a 9% potato content and the rapeseed oil appears further up the ingredient list so presumably, a greater proportion of that too.

All of the DUG milks (there’s an unsweetened version too) are guaranteed not to separate in your favourite hot drink – something that has plagued ‘alt-milk’ products since the dawn of time.

Well, that’s maybe a little dramatic. At least since non-dairy milks have been a thing!

However … There are reports coming in of DUG milk splitting in tea. I’d be very interested to hear of your experience with DUG potato milk – just leave a comment below and let me know.

Oat milks have become the ‘go-to’ especially for coffee lovers. In tea I still prefer soya milk – it just tastes better to me. But I’m always open to exploring new horizons 🙂 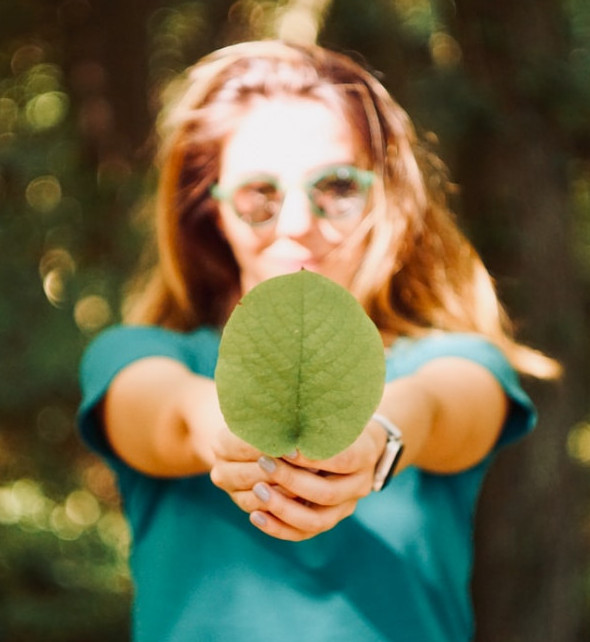 Potato milk is being hailed by many as the new ‘ultimate vegan option’ because it’s great for most applications and it’s claimed to be more environmentally sustainable than oat milk, for example.

We all know soya has a bad rap (mainly due to the demands of the meat industry) and is linked with the deforestation of pristine rainforest. Potato milk does not suffer from these negative associations – at least, not yet!

DUG make some environmental claims on their website. One being that potato milk is twice as land efficient as oat milk … ie: it takes half as much land to produce the same volume of product.

So let’s try to make some comparisons on this …

All of these ‘alt-milks’ weigh approximately 1kg per litre. The barista versions of DUG and Oatly use about 10% base product so we can say around 100g per litre, very roughly.

This ‘back of a napkin’ calculation has potato milk at around 6 times more efficient when it comes to land area. I should say at this point, it’s very difficult to make accurate comparisons without knowing the weight of potatoes or oats that make up the litre cartons.

Maybe you need more oats than 100g to make up the same volume but even if it’s double my estimates then potato milk is still 3 times more land efficient than oat milk.

So it seems this claim made by DUG is likely true.

Their other claims have linked sources. Those are the Carbon Cloud service and the Water Footprint Network. The former is a paid for outfit which claims to be able to calculate your business’ climate footprint.

Having a quick scoot around their slick looking website and the service does actually look pretty good, depending on how their ‘algo’ works, of course. The Water Footprint Network also looks to have their heart in the right place. 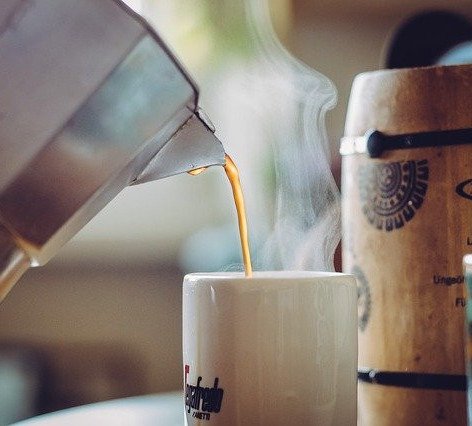 Not only is potato milk a good healthy option for you but it is also a good choice when it comes to the environmental impact of your buying decisions.

But the big question is …

Here’s where it gets serious. The feedback is trickling back in and it seems we have a bit of a Marmite situation on our hands.

But some love the taste, while others hate it.

One reviewer stated she found it way too salty and it left a floury taste in the mouth. While another remarked on how creamy and luxurious it tasted on his muesli.

Horses for courses I guess 🙂

Taste is a subjective thing so this huge variation of opinion is no surprise. Most people report they can’t taste the potato coming through, which is something that kind of put me off initially. So that’s a positive.

The general consensus is that, like most alt-milks, it has a neutral taste. These products are mostly water after all. Quite expensive water at that!

But even more important than taste …

DUG proudly claim, “DUG Barista won’t ever separate in your coffee or tea”. They seem supremely confident about this and it is one of the biggest problems with many dairy free milks. 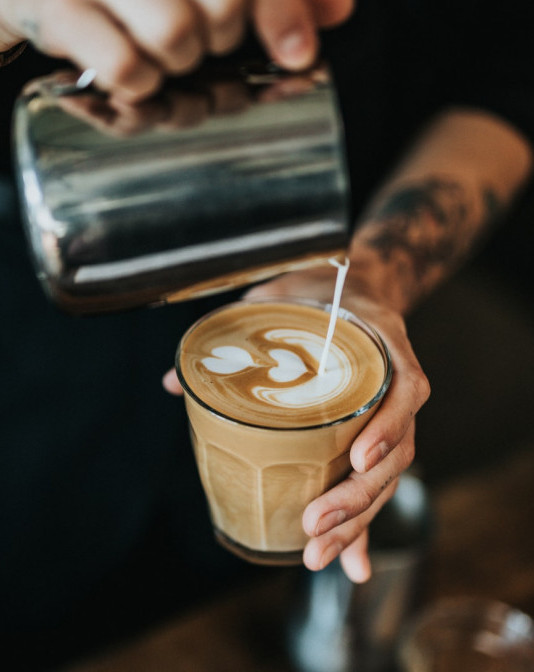 This could be a deal breaker for the potato milk start up since they’ve staked a large piece of their reputation on the ‘no-split’ claim.

No-one likes it when their tea starts returning to the state it was in before you mixed the two ingredients together. It looks nasty and isn’t particularly nice to drink either, even when you stir it often to keep it mixed!

It’s why I like soya milk in tea and oat milk in coffee.

So when I saw the claims made by DUG I was interested. Guaranteed not to separate in tea and coffee? If they get this wrong it could damage their brand considerably seeing as they make such a big deal of it.

Unfortunately, the initial feedback is not looking particularly good. There are plenty of reports coming in stating the product does split readily in tea and coffee.

I expect it depends somewhat on the composition of your domestic water supply.

We used to make our own almond milk (now that was yummy!) and found it split a lot less if we made it at my parents house. Their water supply is a lot softer than ours and my suspicion is this has a lot to do with the behaviour of these milks in tea and coffee.

Your mileage may vary and I’d love to know how your favourite beverage fared. Please feel free to leave your comments below on your experience with this product.

Where To Buy Potato Milk

DUG are currently trying to expand their range of suppliers and in the UK, Waitrose will be selling their products in the new year.

Currently you can buy from Amazon, TVK Supermarket, Navesu and directly from the DUG website.

It’s not cheap though. Two quid for a litre of the stuff in fact! Although I suppose that does compare to the Oatly at £1.80 a litre in my local Sainsburys.

I expect it’ll be all over the supermarkets in the new year and we’ll see if potato milk really is the next big thing in dairy free milk!

Potatoes Are Good For You & The Planet! 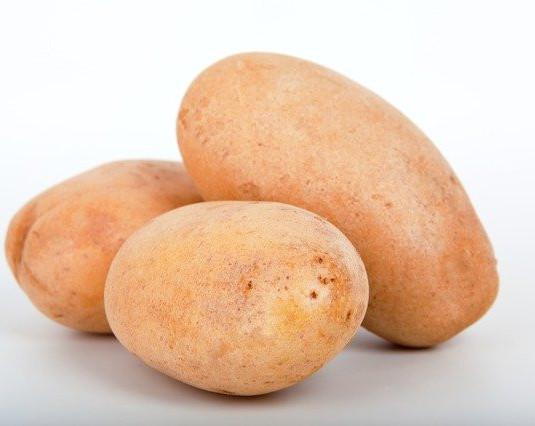 Did you know you can almost live on a diet of potatoes alone? Apparently all you’d lack is vitamins A and D. They are an amazing vegetable, packed with healthy goodness.

Protein, carbs, fibre, vitamins and minerals … the potato almost has it all.

When it comes to potato milk, most of these nutrients survive the processing stage and as with all dairy free milks, the fortification at the end of the process provides you with extra nutrition.

So potato milk is good for you; no doubt but I’d wager it’s no more healthy for you than a fortified oat milk or soya milk. It just comes down to how the product behaves in your application.

… and the jury is still out on that!

I hope you enjoyed this article and learned something from it. Please leave me your thoughts below and share this with your friends.