Veganism is exploding in popularity! Every single day more and more of us are choosing this compassionate lifestyle because when we know of the suffering caused to animals, doing nothing is simply not an option. But how many animals do you save by going vegan?

How Many Animals Do You Save By Going Vegan?

You save roughly 265 animal lives every year by going vegan. I’ve estimated this figure based on current data for the number of vegans in the world and the number of animals we kill for food annually. Here’s the detail … 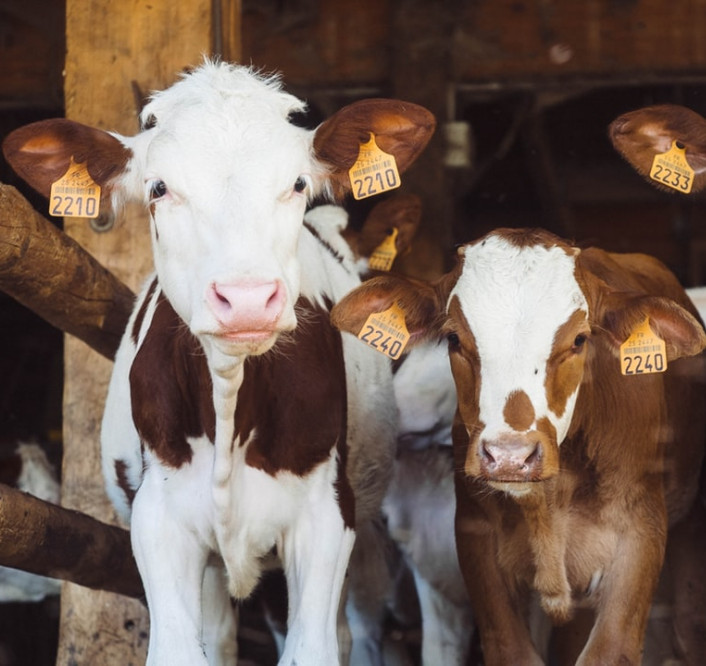 Animal agriculture is a complex, multi-layered beast and arriving at any sort of definitive answer to this question is fraught with challenges. But I’ll tell you what, it’s a damn sight easier than working out how many trees you save by not eating meat, which I’ve had a go at!

I’m not going to include vegetarians in this calculation because even though their choices do result in fewer animals dying every year, it does muddy the waters. Why? Because animals are still killed in the dairy industry and their suffering is off the scale.

So I’ll focus on the estimated 2% of the global population that are vegan.

As a side note, there is an argument going around that in reality you don’t save any animals by going vegan because the animals currently in the system are going to die anyway.

This is disingenuous because anyone with a functioning intellect will know that by eliminating animal products from your diet you are reducing the demand for the next batch of animals to be raised and slaughtered.

So let’s put that one to bed shall we?

7.84 Billion Humans Responsible For The Slaughter 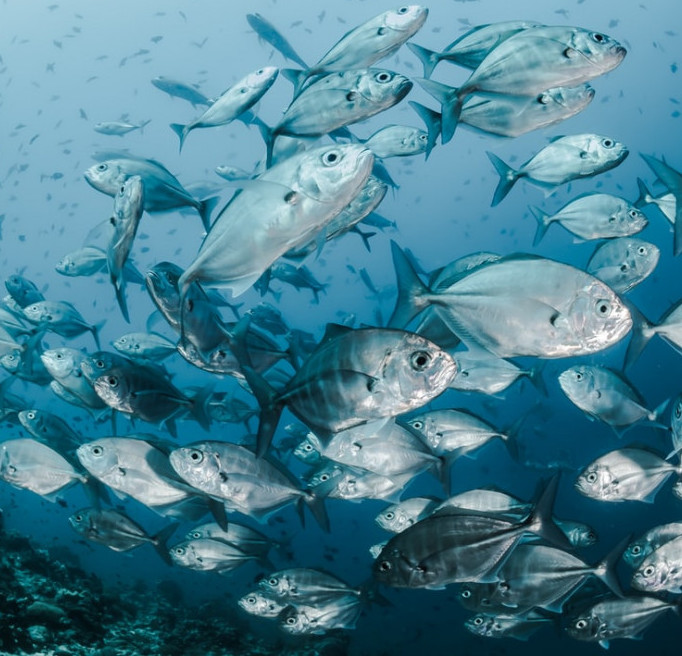 We’re very close to a global population of 8 billion people now. A quick Google search will confirm this. If two percent are vegan then that leaves 7.84 billion humans who drive the demand for meat production.

Let’s include fish in our calculation because they’re often forgotten when we talk about veganism and lives saved.

It’s estimated we kill 2 trillion fish every year to satisfy global demand. That’s the number 2 with twelve zeros after it, or you could say it’s 2 thousand billion fish if that’s any easier to visualise … but I doubt it is!

I find it next to impossible to visualise that number of animals myself. It dwarfs the 80 billion land animals we put to death every year in the meat and dairy industries.

Is The Vegan Calculator Accurate? 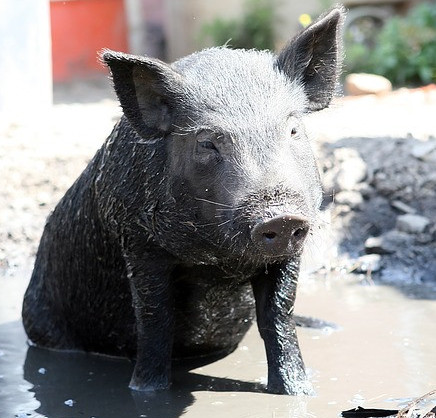 The Vegan Calculator suggests we save approximately 1 animal per day by being vegan. Many naysayers think this is just an arbitrary number picked out of thin air and I must admit, I had my doubts.

But, if you do the maths based on the figures above (ie: 2.08 trillion divided by 7.84 billion) we end up with around 265 animals per person, per year.

This is exactly 100 less than the Vegan Calculator suggests but it would only take small errors in the estimates to bump the figure up closer to the 1 per day stated by the calculator.

By working out this relatively simple arithmetic we can say that yes, the vegan calculator is accurate when it comes to the number of animals saved by going vegan.

Could You Eat ¾ Of a Cow Every Day? 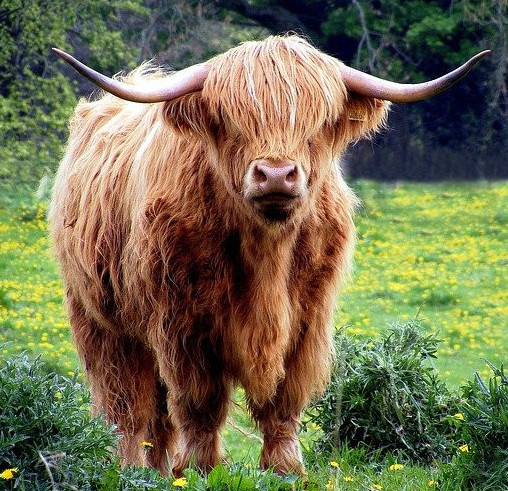 So, very roughly, we’re looking at 0.73 animals saved per person per day by going vegan. But hold on a minute … can you see yourself getting through three quarters of a cow every day? That’s a lot of meat!

The reality is it’s the fish kill that is driving this figure. Land animal numbers pale into insignificance in the grand scheme of things.

We’re not including animals killed due to the execution of normal agricultural practices either. Beef production especially is responsible for many more deaths when you look at the collateral damage caused by industrial farming methods.

And before the carnists start freaking out about arable production killing mice or whatever, just know that an overwhelming majority of arable crops are destined for the animal agri business. So pull yer head in and get real.

The Unstoppable Rise Of Veganism 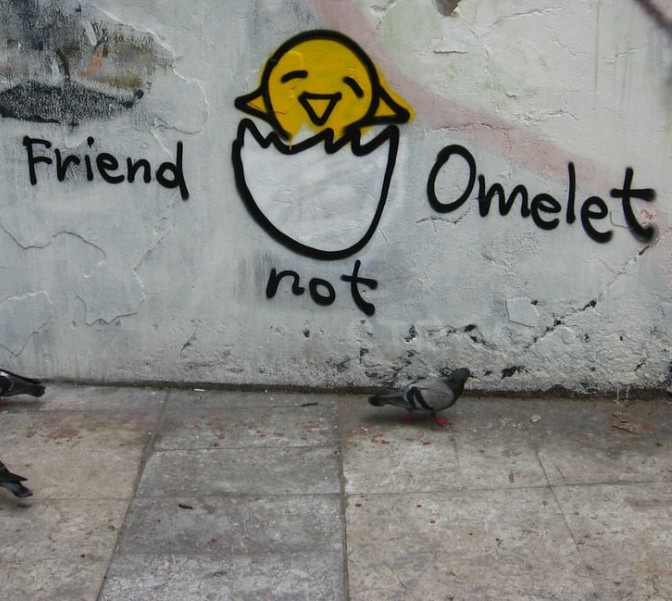 The vegan movement has grown from very humble beginnings into the global movement we see today. Social media is awash with vegan groups and animal rights activists all spreading the word.

I like to think my little blog is a part of this movement. A small part, admittedly, but even if one person reads my witterings and pauses to think about the consequences of their actions when they choose what to put in the shopping basket, then my job is done.

Vegans are not going away any time soon.

Yes, we have a long way to go and there is the inevitable attrition of course. Many people don’t stick it out long term, for various reasons. Health being a big one. But also there is a feeling of helplessness in many when they see the astronomical scale of the problem we face.

How can one person make a difference? 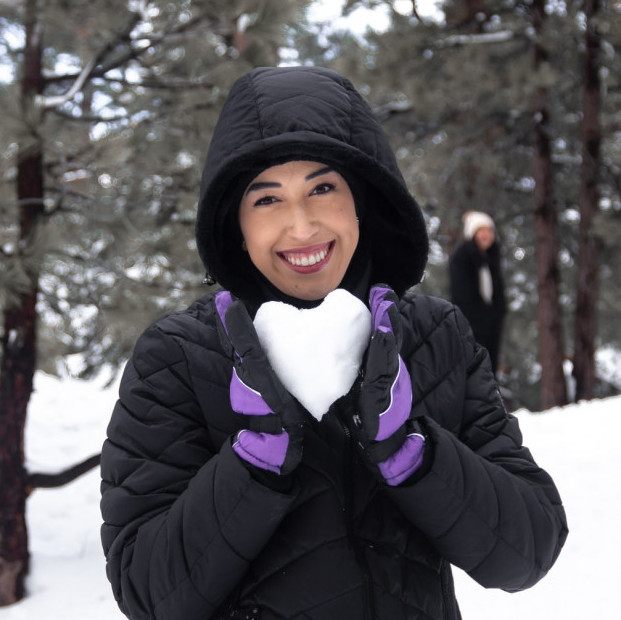 Most movements calling for drastic societal change have started as small, insignificant groups of people dedicated to the cause. The ideas slowly grow and often reach a critical mass where the snowball rolling down the hill becomes too big to halt.

Veganism is exactly the same.

The big difference now is we have the internet and social media to help us get the message out there. If you’re interested in seeing what actually happens in a slaughterhouse, you can find that footage online.

If you want to know how male calves are treated in the dairy industry, the reality is laid bare on social media for all to see.

The only thing stopping you from knowing the truth now is your own hesitation.

Your own cognitive dissonance.

You might tell yourself you could never give up cheese or you just like the taste of beef too much. Deep inside, if you know the truth, you know your choices are part of the problem.

Exactly how many animals you save by going vegan is difficult to quantify but I think this article gives you a good idea.

What I do know is you can be sure nothing will change if you don’t change.

The only constant in this life is change. Veganism is the next evolutionary step change.

Please at least consider the option if you care. Thank you.

I hope you enjoyed this article and it has helped solidify your opinions. If your friends might like it then please share and I’d love to know what you think so please comment below.