Today we’re going to take a look at a very common question asked by vegans and meat-eaters alike. Many who ask this question are on the first steps towards veganism. Many are trying to justify their dietary choices. We all want the answer to the question … “Do animals know they are going to die?” Time to review the evidence …

Do Animals Know They Are Going To Die?

Yes … they do. With the wealth of scientific evidence growing ever more voluminous, we can now say, with some confidence, that non-human animals are aware of their existence and can tell when they’re going to die. 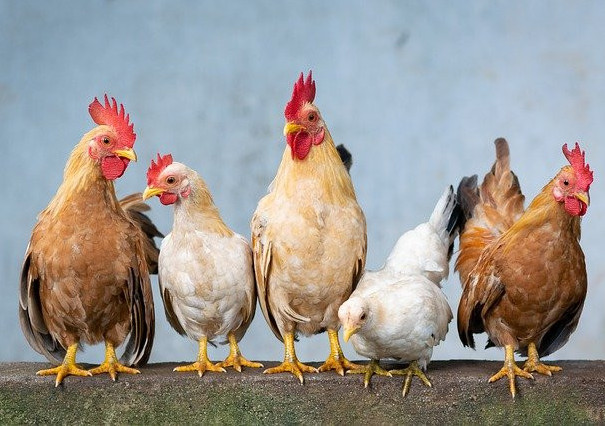 Let me start with a little story …

When I was growing up in West Wales in the UK we lived on a smallholding and we kept a few animals.

A dozen or so chickens, a few pigs, maybe 5 cows at the height of the enterprise and occasionally a goat or two!

We were small-time and not in it for the money. But we did take a cow or a pig to slaughter every now and then.

I always remember my Father telling me the story. This one has been recounted a few times … I’m sure he’s not the only Dad to endlessly repeat anecdotes thinking it’s the first time he’s ever told the story 🙂

We had a sow named Delilah who, after having been lovingly reared, was ready for the kill. Poor girl had no idea her world was about to come to an untimely end.

So, she was coaxed into the truck and driven off to the local abattoir. When my Dad got there he wasn’t happy with the price of pig that day so decided to take our beautiful animal back home and wait for a better market price.

On his way out he noticed a few hundred sheep awaiting their fate. They were penned up not too far from the killing floor. They were close enough to be able to hear and smell their friends being murdered and my Dad said you could see the fear in their eyes and in their behaviour.

The prices improved 3 or 4 days later and so poor old Delilah was ushered back on to the truck and driven off to the same abattoir again. 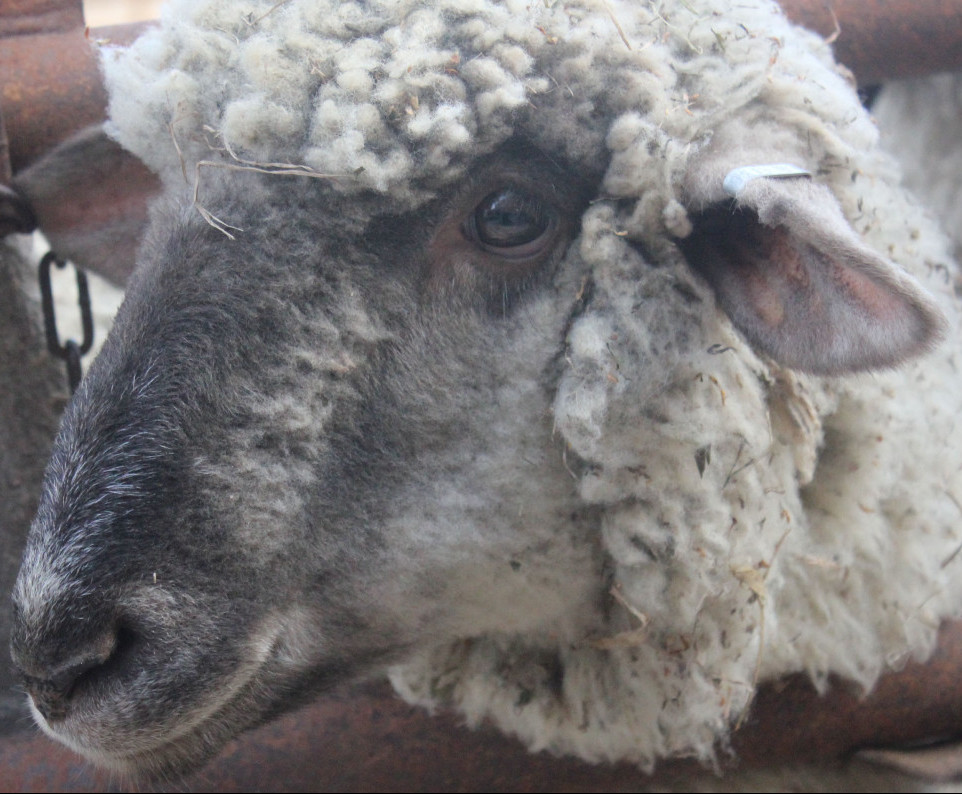 To my Dad’s horror, most of those poor sheep were still there having spent at least 4 days in a state of abject terror before meeting their maker. The farmer was probably doing exactly the same thing as we did – waiting for a better price.

My Dad said to us that he could see the sheep were in a terrible state, emotionally. They were visibly more distressed than when he saw them the first time and you could hear it in their terrified bleating.

When you rear animals you know the signs to look for. You can tell if an animal is suffering.

These sheep were suffering, make no mistake.

I know one anecdote does not a Summer make but those sheep knew they were going to die. Or, at least, they knew something bad was about to happen to them. They could hear and smell their fate next door!

As for Delilah, she was sent on to the next life that day 🙁

The evidence is now overwhelming. Our fellow creatures we share this planet with are sentient. 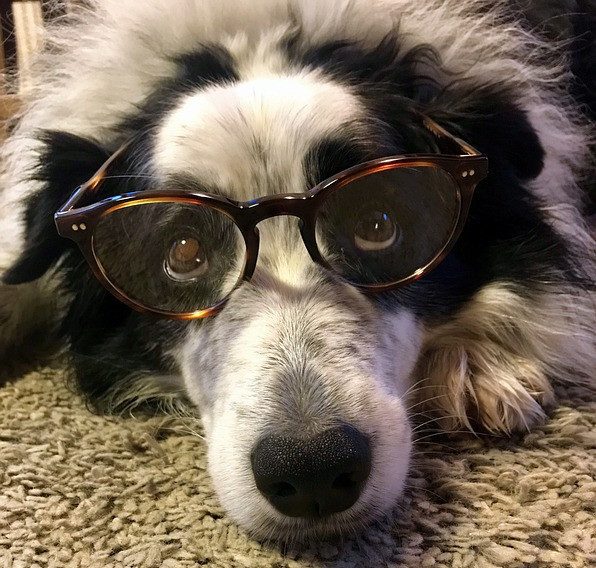 As we learn more and more about non-human animals’ ability to feel happiness, sorrow, grief, excitement, anxiety … (the list goes on and on), we are less and less able, as a species, to justify our treatment of animals.

A scientific paper published back in 2013 systematically reviewed the evidence for the existence of sentience in animals [1].

The results are extraordinarily positive!

8 years later and we have even more proof of animal sentience.

In fact, it could be successfully argued the chances of animals not being sentient are so vanishingly small that it is disingenuous to suggest otherwise.

Anyone with a shred of empathy will have these questions in their mind. Once the pieces of the jigsaw are put together, you cannot avoid these questions.

Maybe we should listen to the child within. Many young children instinctively know they don’t want to eat an animal and will often reject what’s on their plate … when it is explained to them where that meat has come from.

Kids are much wiser than we think 🙂

As we grow up we are bombarded by endless messaging from all four quarters. We’re quickly programmed to perceive some animals as pets and some as food. 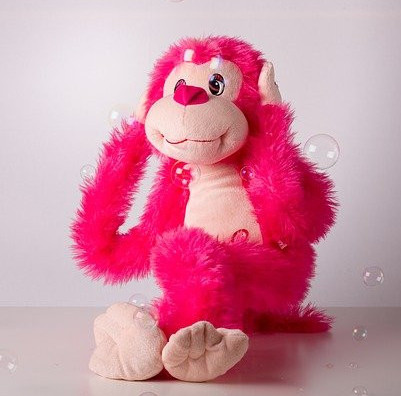 This mindset is lodged so deep in our consciousness that we’re barely aware of how complete the contradiction is.

We’ll see, hear and read everywhere that the good people of the UK are ‘a nation of animal lovers’ … yet we stand by while over 3.3 million animals are killed every single day for food in the UK alone!

Just let that sink in for a moment … 3.3 million sentient creatures slaughtered DAILY!

Creatures we have now proven are capable of feeling frightened and anxious. Creatures who can hear and smell the final moments of their friends up ahead of them in the kill line.

Beings capable of feeling the unbearable pain of suffocation as they are gassed alongside their close family and friends.

Starting to sound a bit like something out of a World War now, hey?

If you’ve seen the pitiful faces on a crammed truck full of beef cows heading for slaughter, you’ll have a hard time convincing yourself they don’t know what’s going on. You only have to look at the sadness and abject fear in their eyes.

All of the common sense within us tells us these animals are aware of the situation and science is now proving this, in no uncertain terms!

Yet the cognitive dissonance continues … and actually has to become stronger; more deeply ingrained in order to sustain the lies we tell ourselves. 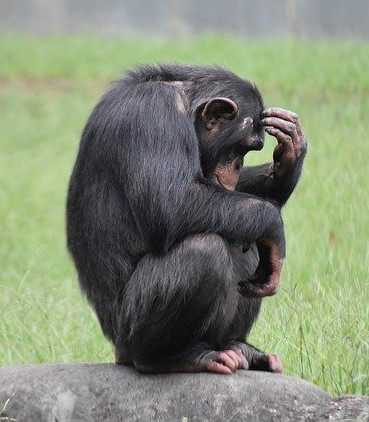 … animals have a sentient awareness.

Many animals form complex social structures and communicate using language. But the majority of humans choose to believe some animals don’t have feelings and don’t feel pain.

Factory farms notwithstanding, most farmers try to give their animals a half decent life before they’re slaughtered. You could argue the animals on farms like this are not aware of their impending fate.

How could they possibly know they are going to die before their time?

How do they even know when ‘their time’ is?

Interesting questions. Logically, we might say they could never know.

But just imagine, for a moment, that cow stories are passed down through generations, in exactly the same way as we humans pass down important knowledge to our young.

Is it really beyond the realms of possibility?

If Animals Know They Are Going To Die … 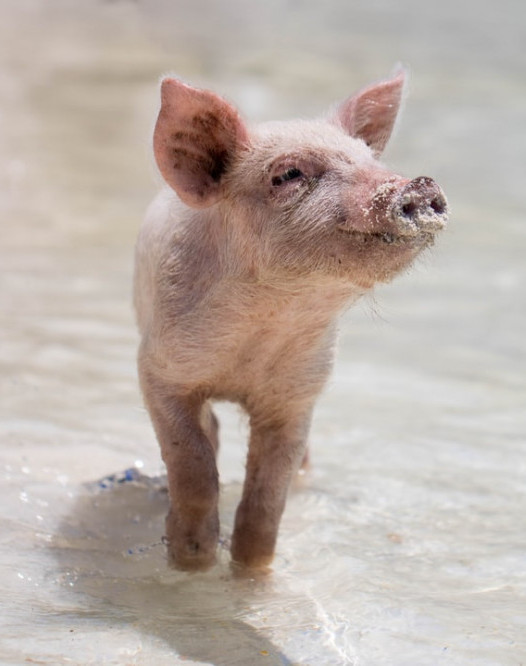 How does that make you feel? Because we’re 99% certain animals are fully aware of the days before their death. They’re not stupid.

For vegans, this knowledge is proof enough that we cannot continue to engage in this mass genocide (yes, that word can be used).

The Karma is utterly off the scale!

But the popularity of meat is growing ever bigger. Huge populations like China, slowly rising out of poverty and developing an insatiable taste for the flesh.

We’re already at the point where intensive agriculture is having a huge negative effect on the environment. How much further can we push the planet?

Veganism is an evolution of species. I fully believe that. It is the only way we’ll support a global population of billions without destroying the very home we all inhabit …