Ok, we’re going a bit leftfield today and this seems like a very odd question to ask. Not least because it implies that plants scream! But there’s a genuine reason people search on this. I’ll explain where the narrative comes from and we’ll get an answer to the question: can dogs hear plants scream?

Yes, if you want to call it screaming! Dogs can hear sound frequencies up to around 45Khz and a study has shown tomato plants emit ultrasonic frequencies of between 20 and 100Khz. Whether it is a ‘scream’ or not is another matter entirely however 🙂 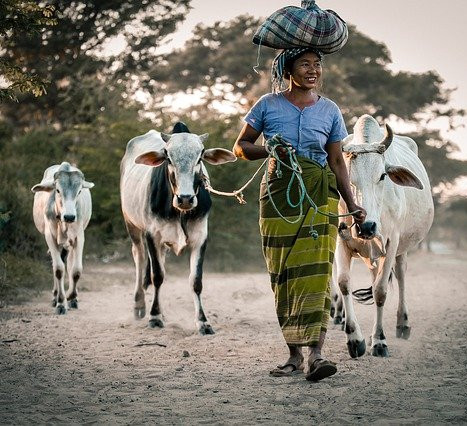 Life must have been so much more simple when we didn’t feel the need to pose questions such as this. As the human race evolves and we become ever more aware of our place in the cosmos we’re constantly learning more about the effect of our actions here on Earth,

We’re pretty sure that humans feel pain, apart from Donald Trump who is actually a cyborg. But plants? Surely we can eat plants without having to feel guilty that we’re responsible for hurting them when harvested.

Maybe, unlike animals, it’s because we can’t hear plants when they’re ‘hurting’?

Enter, stage left, a scientific study showing that plants emit an ultrasonic frequency when stressed or cut [1]. Now it’s open season on the plant based brigade because the rabid anti-vegan crowd finally have some tenuous ‘proof’ that plants feel pain!

Or, at least, it can be framed like that. 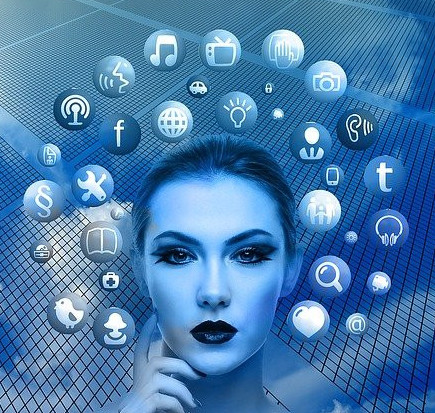 The media has a lot to answer for. Even the New Scientist, where I found the reference to this study, reported the findings with a headline stating that plants make ultrasonic ‘squeals’ when stressed.

What’s the first animal you think of when you see the word ‘squeal’? Maybe pigs?

So before the article even gets started, they’ve already begun the process of blurring the boundaries between animal pain and plant ‘pain’. They’re framing the piece in such a way as to lend weight to the idea of plants suffering when processed by humans.

One has to assume this was a conscious decision on the author’s part. All good writers know the headline can make or break your article. Much effort is expended ensuring the headline pushes just the right buttons in the target audience.

Whereas the study cited in that piece is not framed in this way at all.

Maybe this simply reflects one author’s bias but it does suggest the media has a pre-disposed tendency to support anti-vegan sentiment. Especially when they know this will be picked up by many who want to see veganism discredited.

Citing the New Scientist is an authoritative validation and many people will interpret the article as proof that plants feel pain – a common argument used to take down vegan voices in many a debate online.

In actual fact, the study claims nothing of the sort. 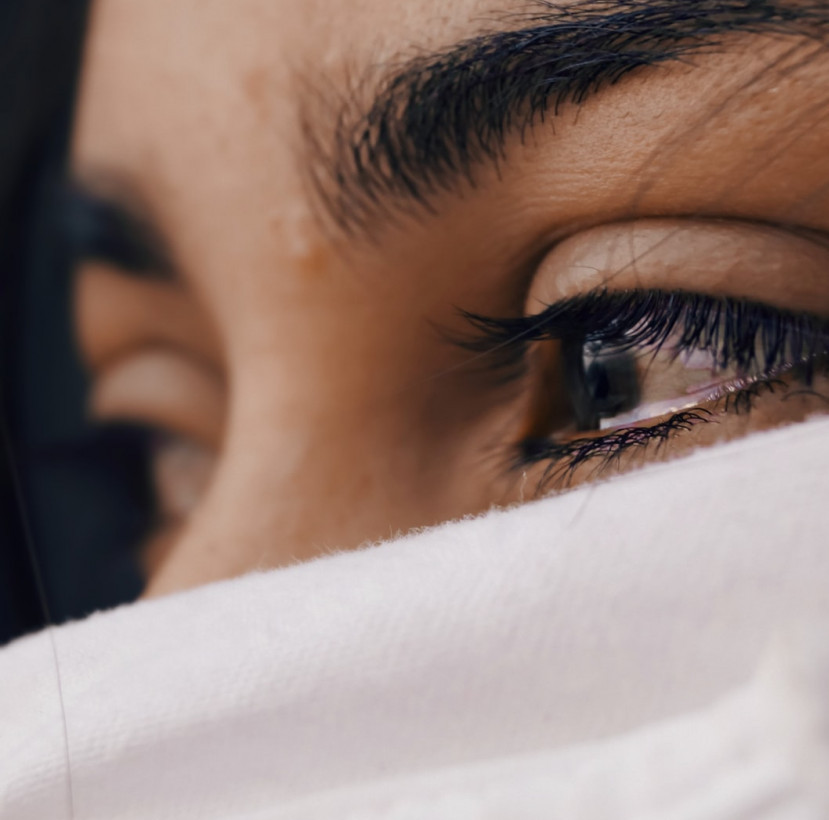 Why does veganism trigger such a strong reaction in people? To the point where they will grab any tenuous strand of evidence to sure up their position.

A lot of it comes down to the guilt associated with eating meat. Veganism forces meat eaters to internally question themselves and if they’re honest about the answers, feelings of guilt are a common response.

So they know the demand for meat and dairy causes untold suffering to the animals involved yet they don’t want to give up eating dead carcass, for whatever reason (usually because it ‘tastes good’).

That’s where the cognitive dissonance kicks in.

Now they have a study showing that plants have a physiological reaction to stresses like cutting. Even emitting a high frequency squeal, just like a little piglet!

Their guilty feelings can be appeased slightly because those pesky vegans got it all wrong and have been ‘hurting’ plants all along.

Of course, any rational thinker will know plants do not have a central nervous system and certainly don’t have pain receptors so are simply incapable of feeling pain.

Unlike the 80 billion land animals slaughtered every year for that ‘nice’ taste.

But that’s just a minor detail we’ll all gloss over, hey?

Vegans: Be Strong In Your Convictions! 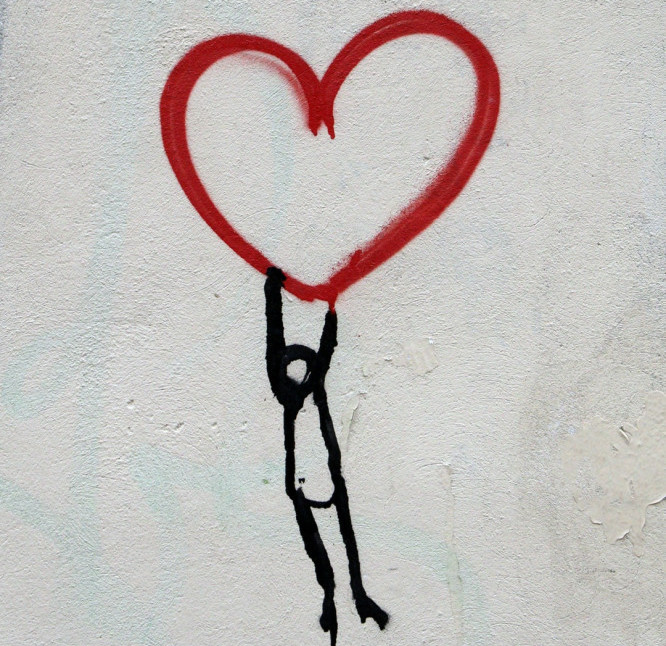 Following this compassionate lifestyle we call veganism opens us up, at best, to mild ridicule and at worst, pure blood-boiling hate.

Sometimes, when confronted with studies and facts like these, it can make you question your motives. I mean, what if plants could feel pain? Would your vegan world view collapse?

Thankfully, a completely hypothetical question but it’s easy to see how narratives like this can infect the public discourse. As it gets harder and harder to distinguish truth from lies, bad actors find ever more subtle ways of forwarding their agenda.

Which is almost always the pursuit of profit.

Us vegans need to stick together and support each other through these times of madness. We need to be strong in our convictions and not divert from the road ahead.

The billions of voiceless animals are counting on us to stay true to the cause.

It’s easy, in a moment of weakness, to let these bad actors get inside your head, sowing the seeds of doubt. But we have this amazing resource called the internet to help us access the truth. We’re able to make more informed decisions than ever before.

Dogs Can Hear Plant Noises … So What?

Yes, dogs may very well be able to hear ultrasonic frequencies emitted by plants, if they’re within close range. Dogs can hear a larger bandwidth of sound than humans.

So it’s no surprise, if plants do indeed emit these frequencies, that dogs would be able to perceive them. It’s just physics.

But let’s get one thing straight shall we?

Plants do not scream, or squeal, or wail like an animal does when killed.

Consequently, it is an utterly bogus position to equate the two scenarios. Nonetheless, you’ll find an army of vegan haters punting this nonsense and even respectable scientific publications muddying the waters with tenuous headlines!

Come on New Scientist … you’re better than that!

Plant Based Is Our Evolutionary Future 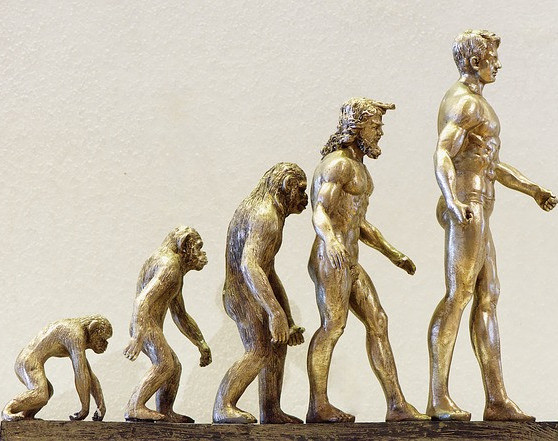 It’s not the scientists fault. With studies like these they’re advancing our knowledge of plants and the information gained will help the human race produce food more efficiently in the future.

Already there’s talk of using this knowledge to better service the needs of a crop of tomatoes, for example, thereby increasing productivity.

The research is not intended to be used as ammunition against vegans. This is the law of unintended consequences I guess!

You’ll always have those who are looking for any little angle. Something credible to latch on to and spin in such a way as to cast doubt in the reader’s mind.

The truth is, plant based and vegan lifestyles are threatening the status quo. The established and traditional food producers are having to fight to stay in business.

More and more of us are choosing to go cruelty free and adaptation will be key to the survival of food retailers in future.

So please don’t worry about plants screaming or vegans killing more field mice or wasps in figs or any of the other disingenuous tripe churned out by unsavoury characters in the media and online.

Please do share with your friends and leave your comment below if this has made you think and helped to clarify your opinion. My goal is to bring you the truth, nothing more.