Every so often a topic comes around which splits the vegan crowd straight down the middle. The ‘is honey vegan’ debate comes to mind. Lab grown meat, or cultured meat, is another one of those curious subject matters.

Many vegans are confused on this and cannot make up their mind. So are you still vegan if you eat lab grown meat? Let’s investigate!

Are You Still Vegan If You Eat Lab-Grown Meat? 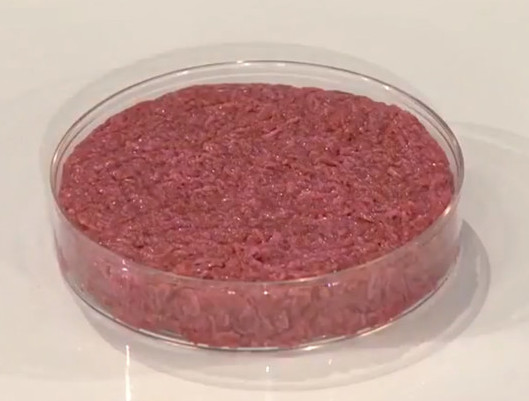 Yes, I believe you are!

This is a controversial opinion and I’m bound to get some flack over it but please bear with me.

Contrary to many opinions online, after researching this article properly, I’ve concluded lab grown meat falls within the confines of veganism … depending on your definition!

Lab grown meat is coming whether we like it or not. In 2021 huge investment is being made in the stuff. It’s seen as a green alternative …

SIngapore, and now Quatar are the first two countries in the world to approve the sale of lab meat. They certainly won’t be the last.

There are claims it could be 90% less environmentally damaging, compared to current meat production, over the supply-chain lifecycle [1]. That’s absolutely huge!

Firstly, we need a solid starting point on this in order to follow a logical argument. Let’s look at the definition of lab grown meat:

“Cell-cultured meat is flesh produced using in vitro cell cultures, taken either from a live animal or from tissue already in the meat supply chain”.

I pulled that definition together, attempting to summarise pertinent information online and quickly realised many of the definitions of the terms associated with lab grown meat start to fall down!

Most definitions refer to the fact that flesh, for example, is ‘from an animal’ … but for lab meat, is that true? 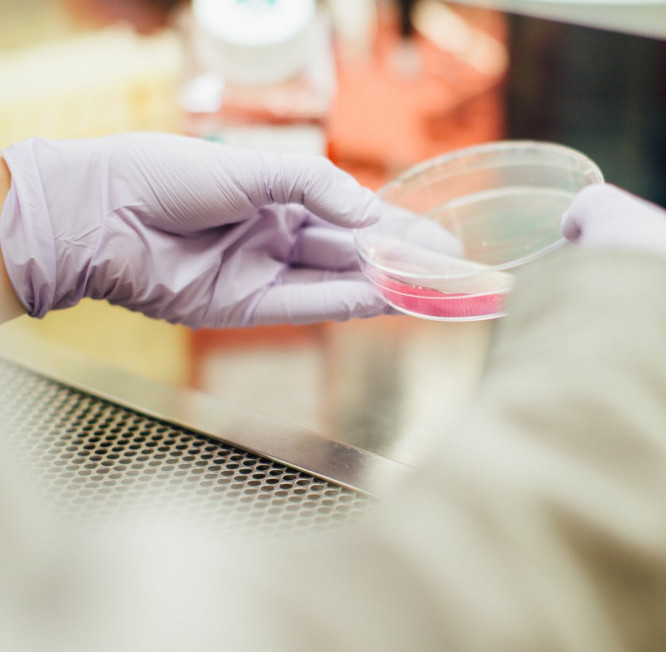 This is just semantics anyway. We all know what flesh is and I think that definition is pretty close to what we understand lab grown meat to be.

Stem cells are taken from a painless biopsy or from an animal which has already been slaughtered and is being ‘processed’… I hate that word!

Real flesh is then grown from these stem cells and this is known as lab grown, or cultured meat.

Interestingly, for lab grown chicken meat the stem cells can be taken from an egg, arguably eliminating the suffering of the animal … pretty much the ideal goal of veganism!

Do Animals Suffer In The Production Of Cultured Meat?

Well … there is almost no suffering!

A needle biopsy is a painless procedure, pretty much. We perform biopsies on humans all the time so I find it difficult to cite this fact as proof that cultured meat is not vegan.

There is some sedation involved and a local anaesthetic but that’s it.

Compared to the murderous practices humans engage in currently, slaughtering tens of billions of animals every year, cultured meat looks truly wholesome and pure as the driven snow!

If we were killing animals for the stem cells then, obviously, that’s not vegan. 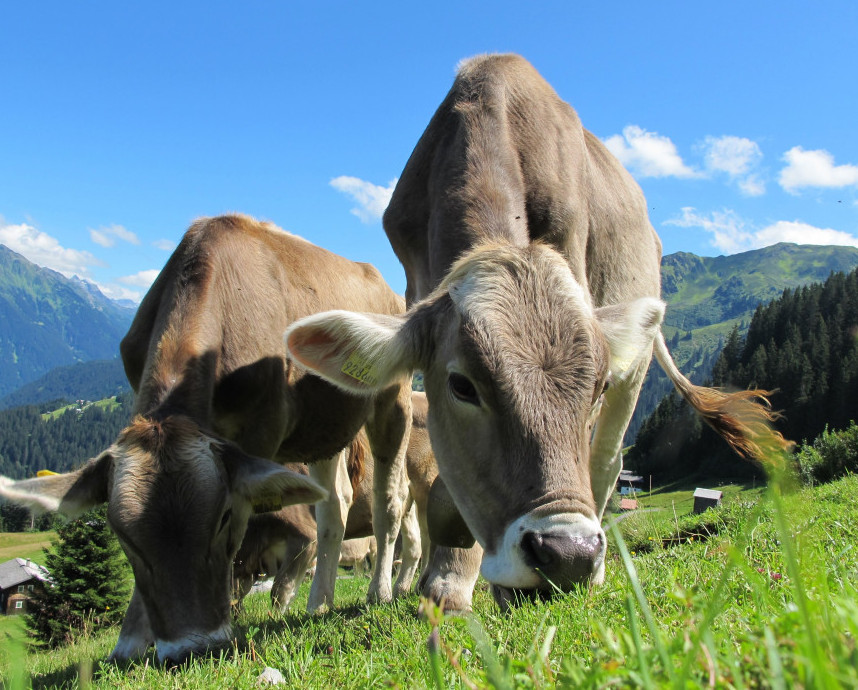 I do have a problem with taking stem cells from animals already in the ‘supply chain’ (ie: slaughtered) as there’s a good chance those animals have suffered and have almost certainly been exploited.

In an ideal world, taking the idea to a theoretical conclusion, lab meat would replace real meat entirely. This is highly unlikely to happen but let’s just go with it for this example.

You would have a comparatively tiny number of animals which would be used for their stem cells only. They could lead happy, long lives. Giving birth naturally, nursing their young and dying a natural death.

They’d be some happy cows!

How Often Do Biopsies Need To Be Taken?

There is much discussion of this specific question in the journals of scientific endeavour all over the globe. This is such a new area that we have little information to go on.

Using beef as an example, current thinking suggests up to four needle biopsies could be taken at a time, every three months. Extrapolating the numbers, this equates to one donor animal replacing 400 cattle over its lifetime [1].

This single donor animal would never need to be slaughtered and would experience only a mild discomfort every three months or so.

That blew my mind! 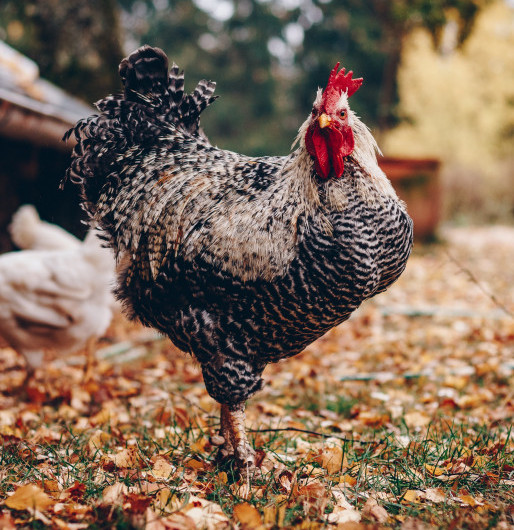 The definition of veganism is to live a lifestyle which minimises the animal suffering caused by our consumption habits.

It’s impossible to eliminate all animal suffering but we vegans do our utmost to ensure everything we do has the greatest chance of causing the least amount of harm to other sentient creatures.

I often wonder why that threatens non-vegans, but that’s another article!

In my mind, lab grown meat falls into this category. The suffering involved is so small it can barely be described as suffering.

I’ll reserve judgement on the effects of scaling up the practice and the environmental impacts but the current evidence suggests both of these outcomes are much more desirable than the predicted outcomes of our current folly.

We’re Running Out Of Time To Reverse The Damage

In fact, it’s gone beyond predictions now. We’re seeing the results of our incessant over-consumption right before our very eyes.

2021 has been an exceptional year of extreme weather events and we’re discovering more unexpected ‘feedback loops’ where the rates of damaging change are increasing almost exponentially.

Some of this stuff is pretty scary.

Every other commentator and almost all of the scientific community now agrees the consumption of meat has to be severely reduced.

Could lab grown meat be part of the answer? I think it could!

… and so do many of the top private equity firms and other investors. A massive amount of money is being pumped into this industry.

When the money men (and women!) get involved, you know change is afoot.

As a Vegan, Would You Eat Lab Grown Meat? 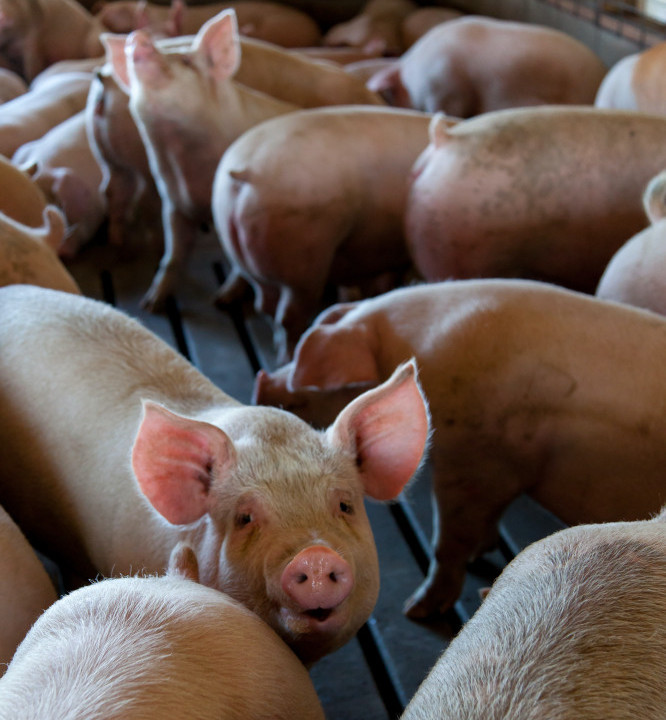 For me, this is an easy one. No, I would not eat lab grown meat.

Not because I don’t think it’s vegan but because I have absolutely no desire to replace meat in my diet.

I’ve been vegetarian for 26 years now (vegan for 6) and never miss the meat … never!

People ask me, don’t you miss bacon? (why is it always bacon?) and I can honestly say ‘no I don’t’. I find even the smell of cooking bacon turns my stomach now. It’s gross.

There were a couple of Christmases where I tried a turkey sandwich but regretted it immediately and didn’t enjoy it one little bit.

In fact the second time I threw most of the sandwich away!

So lab grown meat does not interest me in the slightest but I can see its benefits … and they do seem to be many.

Would you eat lab grown meat? I’d love to know your thoughts so please leave a message in the comments section below. I’m really interested to see what the split of opinion is.

Lab Grown Meat Is Coming To a Store Near You!

WIll you buy it? 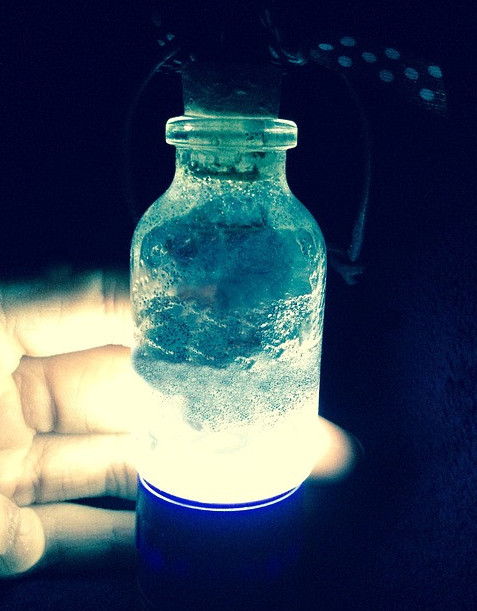 There’s no stopping this science. The genie is well and truly out of the bottle and I’m certain you’ll be seeing packets of cultured meat on the supermarket shelves very soon.

It appears to be a good thing for the animals … that’s if the meat eaters embrace it!

It also seems to be about as vegan as avocados and soya. There are those that will disagree on the grounds of definition.

Some vegans believe we should eliminate all products derived from animals. Traditionally, I would’ve agreed.

But science has thrown up a genuine moral quandary for vegans in the form of lab grown meat.

You should ask yourself why it is the case that vegans avoid all products derived from animals … the answer is cruelty and exploitation.

Should we be modifying our definitions as a result?

Please leave your valuable thoughts below in the comments section and if you’ve enjoyed this article, please share with those you think will benefit!

I hope you have an amazing, cruelty-free day 🙂