The magnificence of the oceans elicits an emotional response in many of us. Often referred to as the lungs of our planet, these huge expanses of water are seemingly too vast to succumb to the abuses perpetrated by the human race.

But for decades now we have been making some very disturbing observations in our seas. The demand for fish is astronomical and as usual, it’s the pursuit of profit driving our activity. We know we’re having an effect but it’s hard to measure. So how does fishing affect climate change? Let’s have a peek under the surface …

How Does Fishing Affect Climate Change?

Fishing, as it is currently practiced commercially, is completely indiscriminate and kills most sea life in its path. This, in turn, affects the ocean’s ecosystems which reduces its ability to absorb carbon from the atmosphere … and we all know what more carbon in the atmosphere means! 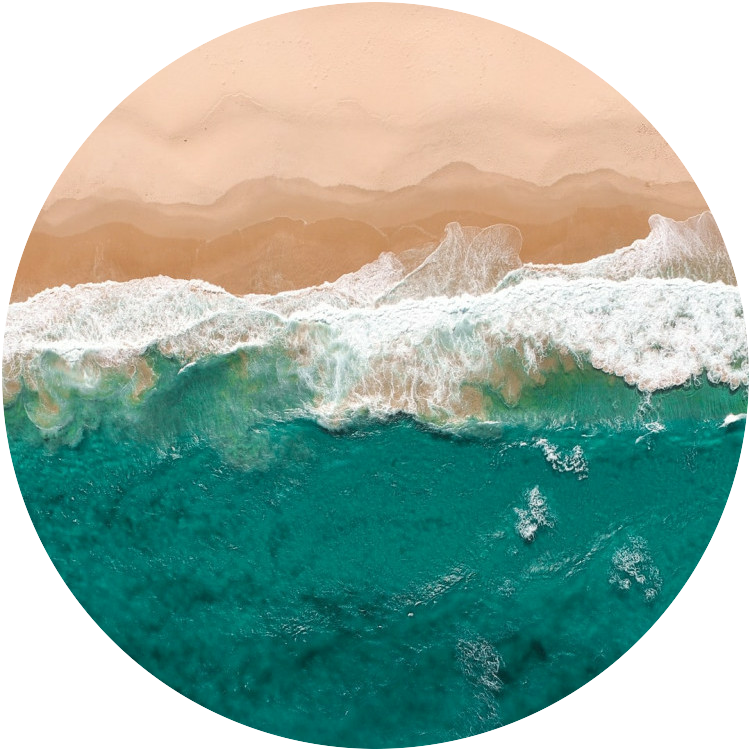 But how did we get here?

Some of my fondest childhood memories are of spending time on a golden, sandy beach with my family. I’ve always been drawn to the ocean and marveled at its endless variety. It’s truly mesmerising to sit, watching the fizzing waves pounding the shore.

The oceans cover nearly 3 quarters of the Earth’s surface. The volume of water on our beautiful planet is approximately 326 million trillion gallons (a lot of zeros) and we know more about our solar system than some of the dark depths of this watery wonderland.

There has been a common assumption that the ocean has an endless capacity to absorb the worst we humans can throw at it. But it’s not the case. We’re seeing some extremely disturbing effects which are directly related to human activity.

From discarded plastic waste to agricultural run-off to excessive fishing with the horrendous levels of bycatch we see, the lungs of our planet are trying to warn us of our misadventure. 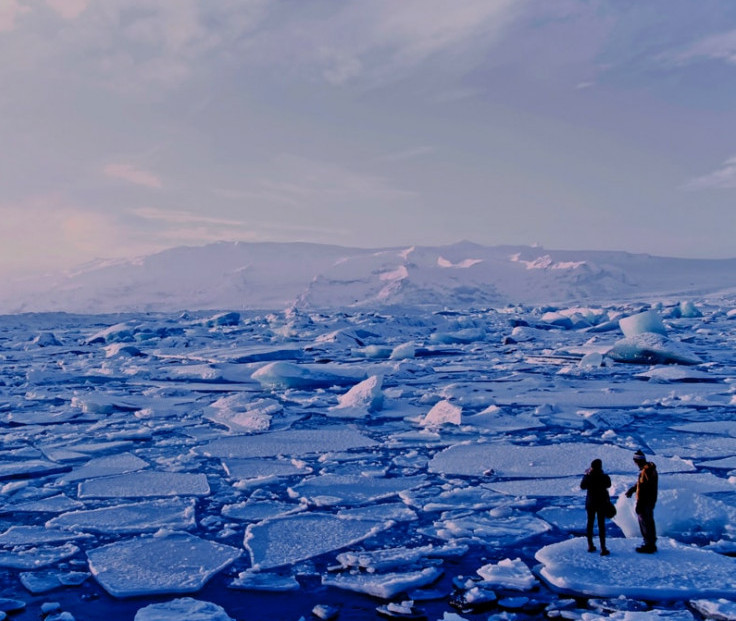 Maybe because it’s not immediately obvious in our daily lives. It’s a distant problem.

But while the systems are complex, the overall view we must take is simple.

We know if our oceans die … we die.

We must help to conserve the rich variety of life in our seas and protect the delicate marine ecosystems which help to drive all life on Earth.

If we don’t wake up soon, I fear it will be too late. Yes, contrary to popular belief, it’s good to be woke … especially when we’re talking about climate change!

The global demand for fish is astronomical because it is perceived as a healthy alternative to eating other types of meat. Overfishing is the only way we can satisfy this demand.

“Factory Ships” spend months at sea trawling their massive drag nets and scooping up anything which gets in the way. Possibly the most destructive form of fishing we have devised.

It’s difficult to quantify, but estimated that 40 – 50% of the annual fishing haul is bycatch … probably close to 40 million tonnes! [1] That was estimated over 10 years ago so it is likely a larger number now 🙁

Yet, we rarely hear of these things. Again, maybe because it seems distant, we pay less attention to this wholesale destruction of our ocean ecosystems.

What happens to our climate if we keep killing all these sea creatures? 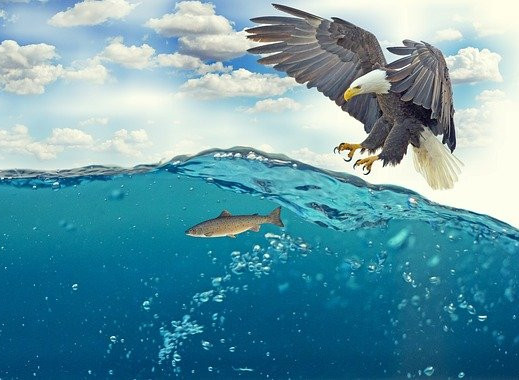 The Earth’s climate is driven by very complex, interwoven systems of which the oceans play a key role. They are far more important than the rainforests in the battle to mitigate climate change.

Humans are trying very hard to disrupt and break these systems with little regard, it seems, for the outcome.

A healthy sea full of life, is an effective carbon sink. ie: it takes carbon from the atmosphere and locks it away. At least, it does while the marine life stays in the sea. As soon as we remove the fish, carbon is released back into the atmosphere. [2]

The source above estimates that in 2014 industrial fishing was responsible for adding the equivalent of 4.5 million cars worth of CO2 emissions to the atmosphere. That’s just from the fish we take out of the sea.

The extended effects of disrupting delicate ocean ecosystems are difficult to measure. But we do know, for example, plankton is one of the biggest carbon sequesters on the planet.

We mess with the fish and that in turn messes with all other levels of life in the sea. From the tiniest of zooplankton to the largest whale.

As we trawl the ocean floor with our weighted drag nets, destroying everything in our wake we marvel at our own magnificence and how we’ve tamed nature with technology.

Well, my fellow humans … we have a reckoning fast approaching!

Nature will turn around and bite us on the gluteus maximus in the form of unfettered global warming. We’re already losing low lying islands to sea level rise.

But our utter selfish arrogance allows us to continue in our folly without blighting our conscience.

Is It Too Late For The Human Race To Wake Up? 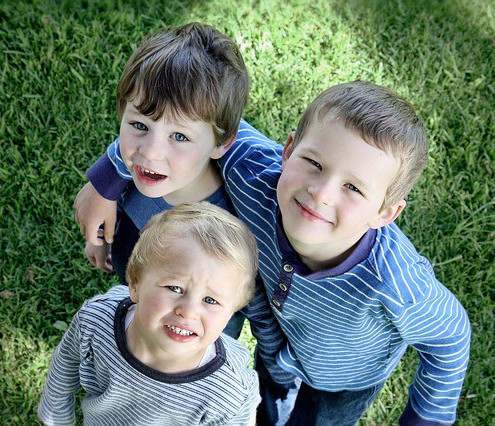 My family and I recently sat down to watch the film “Don’t Look Up” starring Leonardo DiCaprio and Jennifer Lawrence. We assumed it was just another armageddon disaster movie.

By the end of it I found myself really quite moved by the story and realised it is just a metaphor for what we see happening around us right now!

The utter indifference of the ruling classes and the money men to the climatic changes we are actually measuring, year on year!

It couldn’t be more stark.

Yet we continue on our selfish path. We think we’re safe. Insulated from the worst nature can throw at us. We’ll develop technological solutions, don’t worry, we’re told.

Well we better hurry the hell up. The comet is fast approaching.

Greedy Politicians Won’t Change – But You Can! 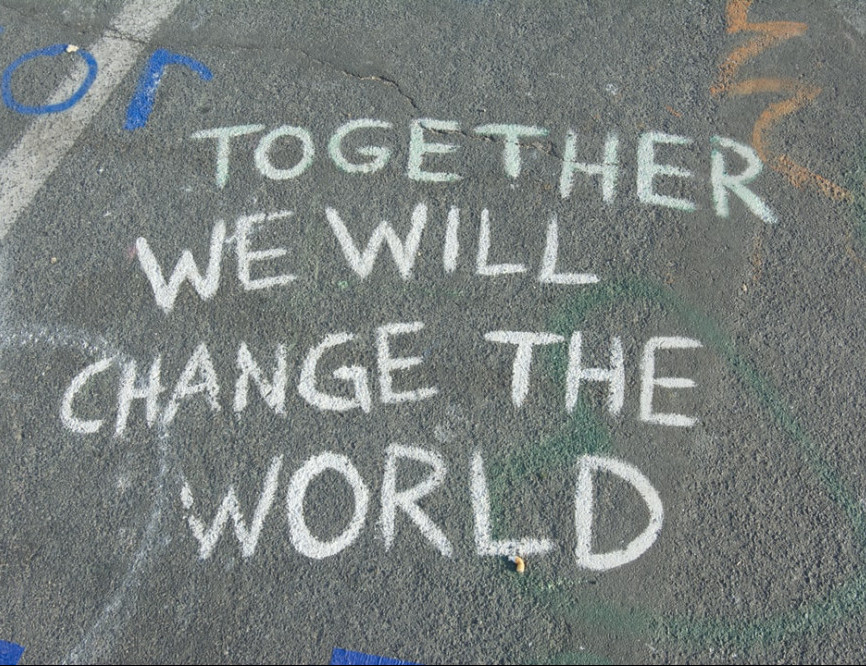 “Personal responsibility” has become a well used phrase here in the UK during the second half of our Covid-19 experience. Apparently we all have to exercise some of it for the greater good.

I’m all for the greater good but many people equate this phrase with “personal choice” and end up being utterly irresponsible. Because they are selfish and hold their fellow humans in low regard.

This is just a reflection of life. Some people care about the effect they have on the environment around them. Others couldn’t give a monkey’s arse about anything but themselves, their own self-enrichment and “keeping up with the Joneses”.

Vegans take personal responsibility and act in a completely altruistic way which benefits every other member of the human race. Vegans care.

… and if you’re reaching for phrases like “virtue signalling” at this point, please leave. You’ve just been gaslit by the gutter press to think a virtuous life is a bad thing.

Veganism has nothing to do with virtue signalling. It’s a phrase I utterly detest and one which has been created by those practising a divide and rule policy.

But back to the fish … Vegans see the creatures in the sea as no different to those on the land. They all have the right to life. So we don’t eat fish and consequently we are not responsible for creating the market forces which are destroying our oceans.

Just that one simple act completely removes the demand created by that individual.

The money men and the greedy politicians are not going to change until it hits them in the pocket. You can make this happen by choosing to go vegan. 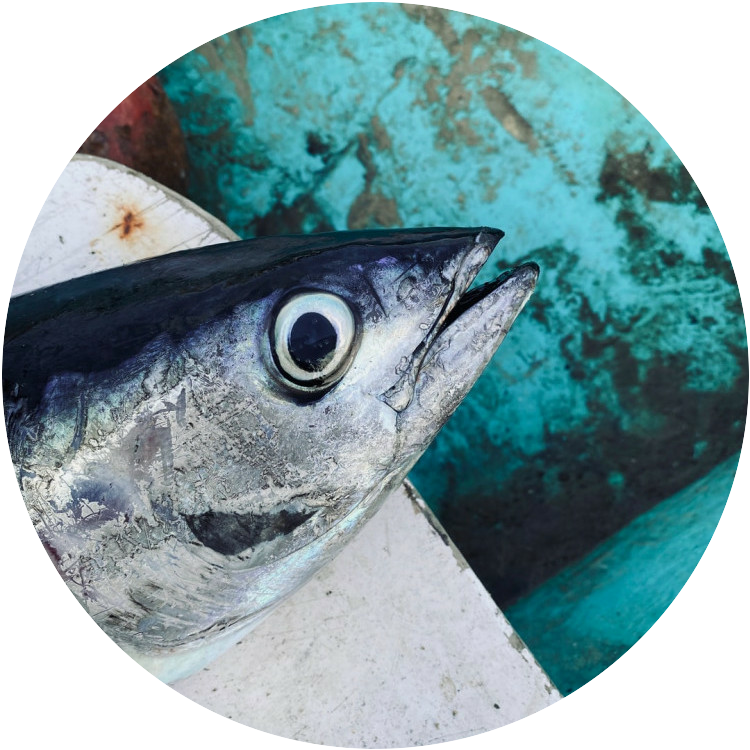 The link between our ever warming planet and the oceans is clear. Humans have been presiding over profound changes in the environment since the dawn of industrialisation.

We have industrialised everything we can, including fishing. If we carry on at this rate we’ll have reduced the biodiversity in the seas to a point where recovery becomes very difficult.

Fish are a vital link in the food chain and the health of the ocean depends on this ecosystem operating in a balanced way. The factory ships throw this balance out by killing 99% of the aquatic life in their path.

… and I haven’t even mentioned the human slavery which is common in this global industry.

To find out more please watch the excellent Seaspiracy, which really lays the industry bare. Also check out Sea Shepherd who are a direct action group trying to stop this insanity.

But if you want to do something positive today and you haven’t gone vegan already then I highly recommend it. It’s a simple change you can make to reduce your personal contribution to the problem of climate change, on many levels.

Let’s leave the fish alone and we’ll reap the benefits of a healthy ocean.

I hope you enjoyed this article and it helped you answer some questions. My goal is to bring you the facts, nothing more. Please share with those you think will benefit and leave me a comment below.