It’s now almost universally accepted that veganism has a positive effect on the environment. Of course there are still a few nutjobs disputing this, although they’re usually in the employ of big meat and dairy or just completely gaslit. But are all vegans environmentalists? Let’s have a closer look …

Are All Vegans Environmentalists?

No. Veganism is not about environmentalism but a positive effect on our biosphere is a welcome side effect of going vegan. Conversely, all environmentalists should probably be vegan, or at least plant based because of the beneficial effects on our planet. 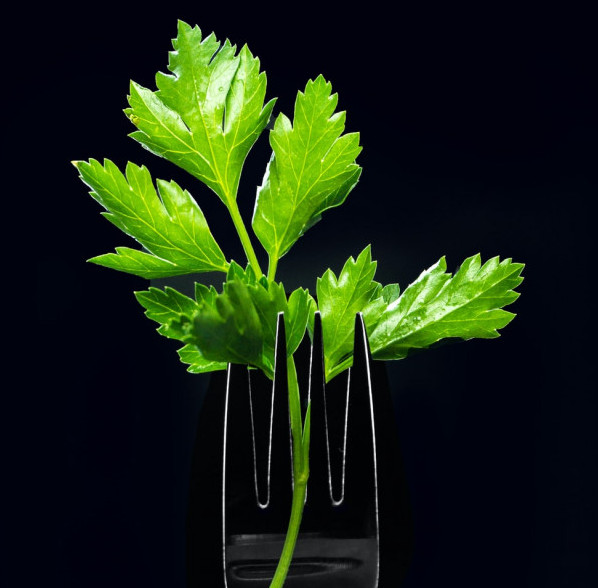 Veganism is quickly growing in popularity across the globe as the internet brings the truth into the palm of our hands, by the second. Social media on our phones has enabled vast swathes of previously unconnected minds to interact and grow networks of ideas.

I’m not going to post links to disturbing content here, but if you feel the need to observe what actually happens behind the bleak walls of the slaughterhouse, you only have to fire up YouTube or Twitter and make an appropriate search.

Or if you want to know how a large modern dairy farm operates, it’s all there on Google. Information is more freely available than ever before in human history and that has to be a good thing.

When it comes to environmental issues, most serious authorities now believe cutting back on meat consumption is an essential piece of the puzzle if we are to mitigate the worst effects of climate change.

Furthermore, a well balanced vegan diet has been conclusively proven for more than a decade now to be perfectly adequate for all stages of life [1]. Any nutritionist worth their salt will tell you a whole foods, plant based diet is more healthy than a meat-heavy diet. Especially red meat.

Although believe it or not, veganism is not about realising environmental change or living a more healthy life. Yes those are happy side effects of this compassionate lifestyle, there is no doubt.

But veganism has always been about the animals, plain and simple. 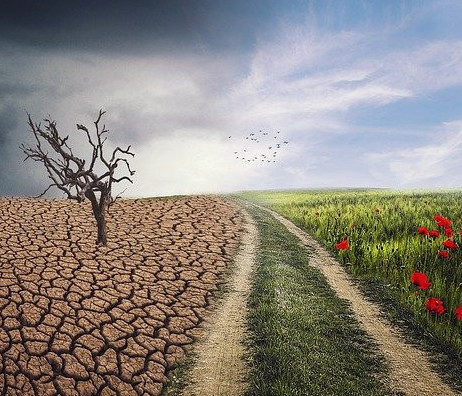 You would’ve had to have been living under a rock in Outer Mongolia to be unaware of the climate crisis we’re seeing unfold before our very eyes.

Those denying it are now restricted to a few fringe lunatics who either have vested interests or have been suckered in by propaganda from those desperate to maintain the status quo.

If you just step back from the fray for a moment and look at the situation objectively, there is only one conclusion to be drawn…

Since the dawn of industrialisation humans have been directly responsible for unnatural global warming. The science couldn’t be more clear.

It’s one of the most complicated things to predict even using AI supercomputers running climate models, operated by the brightest minds on the planet.

Not much surprises the climate scientists these days but a recent freak warming event which occurred concurrently in the Arctic and the Antarctic left the community open-mouthed.

Many thought a climatic event such as this was impossible.

Weather stations in both hemispheres recorded temperatures which were so far above normal it had the climatologists scratching their heads in utter bewilderment.

None of the computer models predicted this, yet here we are.

We’ve been playing a very dangerous game over the last 100 years and it’s a game where we all lose unless reality is faced by the powers that be, as well as you and me! 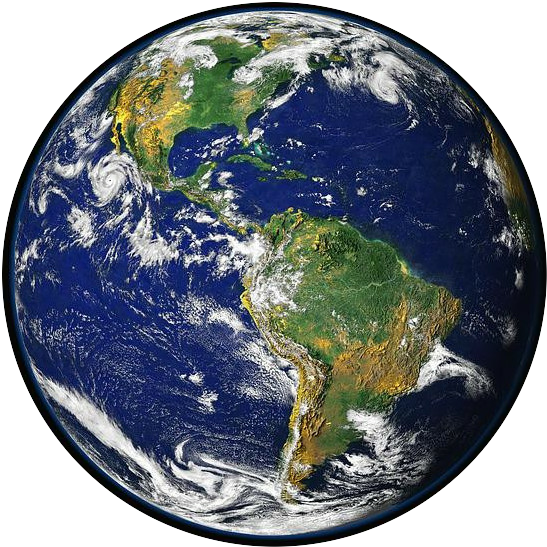 While we can’t say all vegans are environmentalists, I would like to think 99% of vegans also care about the planet and our environment. Sort of comes with the territory really.

If you have even a shred of empathy in your bones you can imagine what it’s like to be facing an ever rising sea level, threatening to evict you from your childhood home.

That’s just one example of hundreds.

Choosing to eliminate meat and dairy from your diet, as vegans do, has been shown time and again to be one of the most effective things we can do on a personal level to help slow down this damaging path humanity is treading.

Why? Because it threatens their bottom line.

A vast bloated behemoth of an industry has grown up around the murderous trade in meat and the cruel explotation of dairy cows. There is a lot of money at stake here.

Not only does veganism punch a hole in their profit margin, it also speaks to the wider concerns of climate change and the reliance on fossil fuels.

It’s no surprise the vested interests in both camps are often one and the same.

Powerful lobbyists who want to maintain the status quo which has seen their pockets swell with obscene profits, thus allowing them to direct the course of governmental policy and ensure none challenge their inward-looking world view.

Even though veganism has always, only ever been about doing the least amount of harm to animals as possible, it is seen as the big one finger up to the establishment. This has been used by many to paint vegans as militant, fringe crazies who want to force everyone into veganism.

… and the propaganda works.

All over social media you’ll find angry people (often with ‘patriot’ or some such in their profile name) who just seem bent on hurling abuse at vegans. It can sometimes get quite nasty too. If they’re not Russian troll farm accounts they’re people who’ve been gaslit by the propaganda.

I’ve even seen death threats directed at outspoken vegans, such is the depth to which this mind controlling media narrative has penetrated the general discourse.

It’s ironic when you consider veganism is all about non-violence!

All Environmentalists Should Go Plant Based

There, I said it!

We’ve established that veganism is not about environmentalism although a positive effect on the environment is a happy side effect of going vegan. A plant based diet is now known to be much less impactful on the resources of our beautiful planet.

The statistics show, for example, that meat production uses 75% more land than the equivalent plant based alternative. The graph below is quite stark…

Yet the outraged, hard of thinking will just turn around and claim this is fake news!

I’m not suggesting everyone who cares about our environment should go plant based overnight (although that would be amazing) but they should be considering drastically reducing meat and dairy in their diet.

It’s one really simple thing we can all do in an attempt to pull humanity back from the tipping point of climate catastrophe. Most climatologists now believe we’re moving past that tipping point into uncharted waters.

The recent shocking warming event in both the Arctic and the Antarctic appears to confirm this and should be enough of a wake up call for even the most adamant agnostic!

Humans Do Not Establish An Equilibrium With Nature 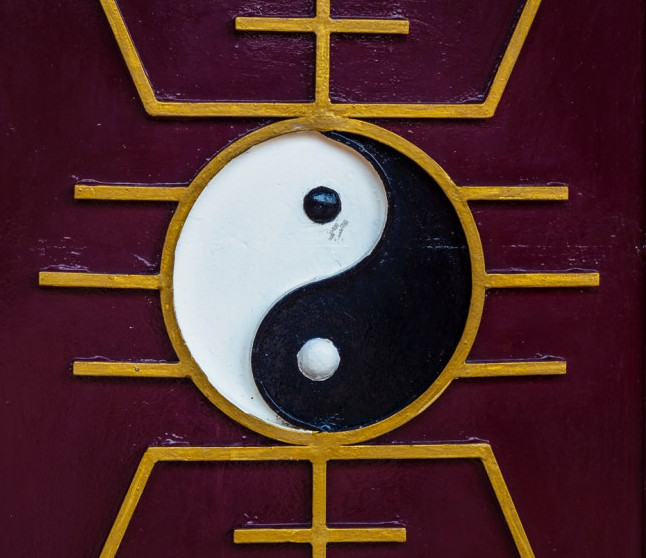 It seems us humans are the only life form on the planet which is unable to live in harmony with our surroundings. We’ve risen to the top of the food chain through our superior intelligence. Yet our talent for survival has shifted us away from the symbiosis we see between nature and other animals.

We have built huge concrete towers to live in and roads to allow us to move freely between areas. The cars we drive on those roads belch out noxious fumes and our children get sick. We’ve created complex financial systems which have allowed the masses to be controlled.

… and of course, the internet; which might just be the thing that saves us!

All this progress comes with a price which we’ve not factored into the big picture. The price is even more expensive than we previously could have dreamed; it’s our very existence. There have been some outlying voices warning of this scenario for decades now but they were dismissed as the lunatic fringe.

If we’re to survive this period of human ‘civilisation’ (I use the word advisedly) then we’re going to have to move away from the profit driven model which has dominated our societies for centuries.

But the big money men don’t want this because they know it’ll affect their bottom line. They’re quite happy with the way things are. Their success and vast wealth has clouded their minds and critical thinking abilities.

They don’t want the vegans taking over. It’s too easy making money out of murdering animals.

Veganism Is The Future – If We Have One! 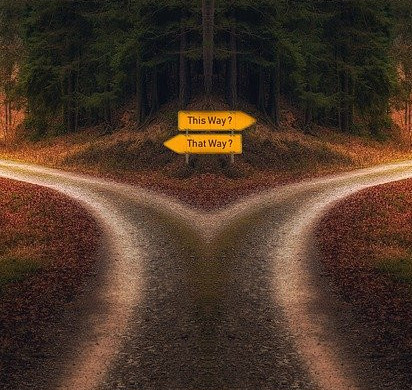 Many have seen the light. Many have realised the realities we’re faced with and while veganism will always be about doing minimal harm to animals it also is a powerful tool to combat climate change.

With 10.8 billion humans predicted to be walking the planet by the end of the century, we’re going to need to find more sustainable ways of feeding ourselves. Whether you like it or not, the current rate of meat and dairy consumption does not fit in with this future.

The world will burn before we get there, unless we wake up and throw off the shackles of ‘tradition’. I’m not so naive to think the whole world will ever be vegan but we’ll have to move to a much less intensive model with meat and dairy seen as luxuries, like they used to be.

We cannot continue slaughtering 80 billion land animals every year and removing TRILLIONS of fish from the oceans just to feed ourselves.

Solutions are out there and a big part of the solution is plant based.

So come on human race – let’s move to the next level of our evolution and find ways of living more in harmony with our environment. We have the technology and the knowledge.

Just need to get rid of the pointless jobs and profit mongers!